The Coming Age of Imagination 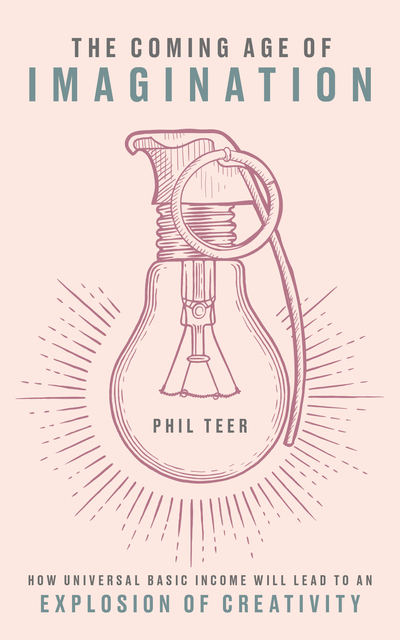 Business
You made The Coming Age of Imagination a reality. It's available in all good book stores now.
$8
9 pledges

A signed 1st edition hardback, a copy of the ebook and your name in the back of the book.
$75  + shipping
4 pledges

A signed and dedicated 1st edition hardback, a copy of the ebook and your name in the back of the book.
$120  + shipping
3 pledges

A limited edition giclée print of the book's cover artwork, a signed 1st edition hardback, a copy of the ebook and your name in the back of the book.
$375  + shipping

Phil will lead a two-hour discussion on the issues raised by the book for your book club (up to 12 people) plus 12 1st edition hardbacks, a copy of the ebook and your names in the back of the book.
Travel not included
$450  + shipping

A copy of Phil's annotated first manuscript, a signed 1st edition hardback, a copy of the ebook and your name in the back of the book.
Only 1 available
$750  + shipping

Phil will visit your company/conference/away day to deliver a talk on how to build a creative scene in an organisation. Plus ten signed limited first edition hardbacks, plus your names in the back
Travel not included
$1,500  + shipping

Phil will deliver talk at your company event about the book, plus ten signed 1st edition hardbacks, ten ebooks and your company's name in the back of the book.
$1,500  + shipping

Phil will moderate a half day workshop, for up to 12 people, applying creative techniques to solving a specific business problem. Plus 12 signed 1st edition hardbacks, twelve ebooks and your company's name in the back of the book.
Travel not included
$3,000  + shipping

Phil will help you build a creative scene in your organisation by moderating a one-day workshop which will produce a purpose, manifesto and backlog of ideas plus twelve signed 1st edition hardbacks, twelve ebooks and your company's name in the back of the book.
$18,000  + shipping

Phil will become a non-executive director and/or creativity provocateur/mentor at your company for 12 months and attend board meetings. Plus 20 signed and dedicated limited edition hardbacks

The Coming Age of Imagination is a manifesto for how automation and a universal basic income will lead to an explosion of creativity throughout the world.

Universal Basic Income is a very old idea that is fast becoming the radical idea of our age. Every adult being paid a living wage, no strings attached, increasingly sounds like a sensible response to the disruption automation will unleash upon the world. Simply put, basic income changes everything.

Some like basic income because it will eradicate poverty; others see it as the only feasible way of avoiding a dystopian future where the robots have taken all the jobs. However my book will concentrate on a third perspective that has something in it for all of us – the creative impact on the world. 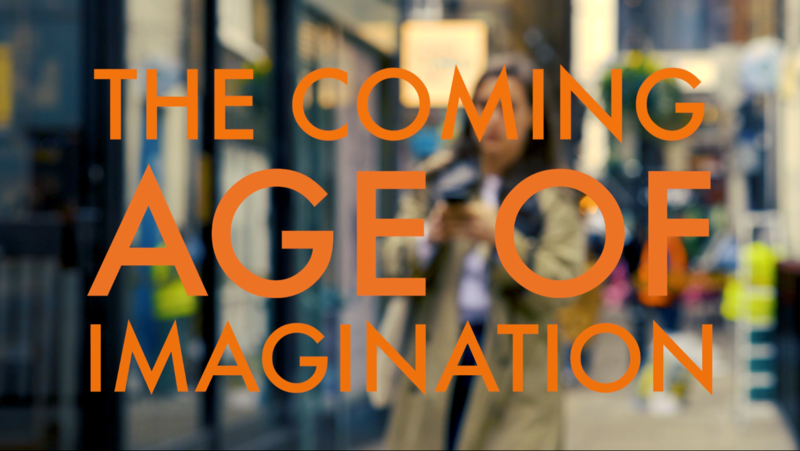 When we no longer have to worry about the precarity of existence, about money, we have the opportunity to be creative on a mass scale. Future growth begins at the point where creative brilliance and new technology meet and this book is full of insights and stories about the transformation of lives emerging from basic income experiments around the world.

The stories range from an artist’s experience of the basic income test in Finland, to how the romantic poets invented consumerism and how creativity can eradicate waste; how cities like New York, Glasgow and Berlin were transformed by their creative residents; and the working habits of creative people like David Bowie, Bob Dylan, Kurt Vonnegut and Haruki Murakami.

While Johnny Marr explains how artists create markets, we look at a future where there are no markets and everything is free. The relationship between creativity, innovation and commerce is revealed though the history of photography, and both neuroscience and ancient folk tales help us understand what happens when creativity flows through people, places and times. Craftivists change the world quietly, a craft jean’s brand gets a town working again, and creative scenes develop in all sorts of unlikely places, including BrewDog, a craft beer brewer coming on like Situationist punk pranksters.

Ultimately the book is about asking yourself what you would do if you knew you didn’t have to worry about the bills at the end of the month?

And it’s about how we get there.