The Cartography of Others

Of Unrequited Love and Invention of Sonnets

Francesco Petrarca's 12th century house sits in the village of Arquà Petrarca, where one imagines he paced in hand-stitched leather shoes. Those who pledge for the writers' retreat at my Veneto farmhouse will be taken up here for an afternoon stroll and a visit to the Poet's frescoed, tranquil home. Perhaps a glass of local vinello.

In 1374 an old man died in a hilltop village in northeastern Italy. He was attended by his daughter and her children, the people he had chosen to be with at the end of a long life. In these times of plague and heretics and architectural experiment, this man had travelled by mule across southern Europe, he had been a cleric, diplomat, academic and poet, who dug deep into the ancient Roman past and placed a divide between the Dark Ages and modernist thought. A rich Early Renaissance figure, he was a contemporary of the timeless Florentine writers Dante Alighieri and Giovanni Boccaccio. 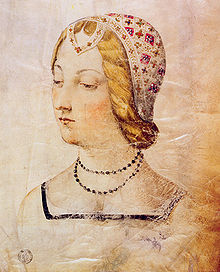 Do you remember the first time you fell for an unknown man or woman whose presence you became aware of in the same room? When a profile or a gesture, or the swimming beauty of an expresssion on a face, made you lose all balance and order ?

In 1327 the young Petrarch, after giving up his vocation as a priest, saw an astonishing young woman at a church ceremony in Avignon and was transfixed. She was the wife of Count Hugue de Sade (an ancestor of the Marquis di Sade). Imagine embroidered robes, a satin bodice, a glow. The woman's name was Laura de Noves. Few words were exchanged between the two, but the image of Laura became the mainstay of Petrarch's life. He began to write a series of sonnets - revitalising the form - that grew to the 366-strong Canzoniere, a hymn to the undying sensations of adoration.

When from hour to hour among the other ladies

Love appears in her beautiful face,

by as much as their beauty is less than hers

by so much the desire that en-amours me grows.

I bless the place, the time, and the hour

in which my eyes gazed to such a height,

and I say: My spirit, give thanks enough

that you were then found worthy of such honour.

From her to you comes loving thought,

that leads to highest good, while you pursue it,

counting as little what all men desire:

from her comes that spirit full of grace

that shows you heaven by the true way’:

so that in hope I fly, already, to the heights.

In 1348 word reached Petrach that his beloved Laura had died. It is said that the Poet's life was thereafter clouded.

1st edition paperback, ebook edition, and your name in the list of Super Patrons in the front of the book.