The Carpet Merchant of Konstantiniyya

An Eisner-nominated graphic novel set in 17th century Istanbul, centered around a carpet merchant and his relationship with faith, love and home in the aftermath of his death by a vampire. 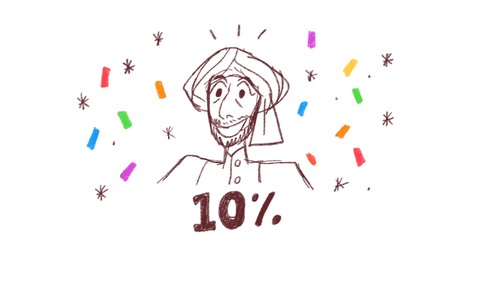 How cool is this - we've already reached 10%! Thank you so much for becoming a part of this campaign and backing the book. Your contribution, no matter the amount, is what allows this book to become reality. It's like magic! Beat that, Houdini.

This is just a simple update; I wanted to talk about The Carpet Merchant as a webcomic and a literary project in general, especially for backers who are not familiar with the work before.

Note: This campaign is for the publication of Vol I, but where I am in writing/drawing the story, The Carpet Merchant is nearing the end of Vol II, its final volume. Oh! And it's free to read online too, and new pages are released every Saturday morning EST. Just click this link: http://reimenayee.com/the-carpet-merchant , and follow the buttons to begin your next reading project.

As you may well know, I've been working on The Carpet Merchant for 3 years, as its sole creator - which means I am involved in every step of the process of its creation, like research, writing, drawing, inking and colouring. Imagine a film crew producing a film, except the film crew is condensed into one human being, and the film (framerates, production, marketing, acting, set design, art direction, etc) is all on paper. 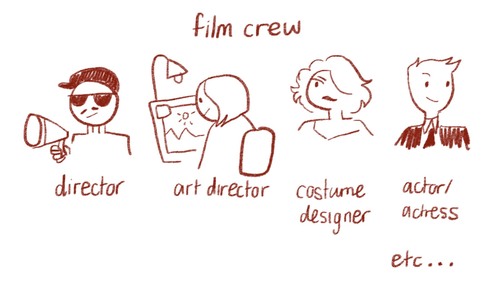 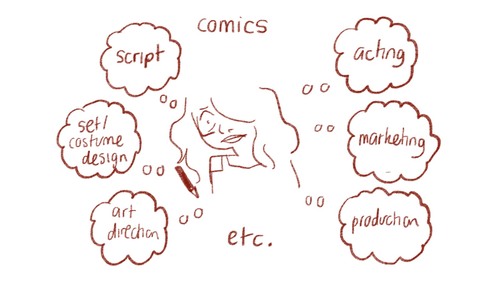 Being a comics author is one hell of a task! Many people are unaware of how involving creating a graphic narrative is. It is equal, if not more so, to writing a prose novel. In prose, the writer evokes imagery through text and subtext. In comics (or graphic novels), the author-artist uses the imagery to evoke text and subtext.

Except, there are multi-layers of interaction between author-artist-reader.

And that is what fascinates me to comics as medium of storytelling. I initially started as an amateur prose writer. (In fact, most of my literary influences and writing process are situated in prose) Then over time I realised my narratives are heavily dependent on imagery: a colour appearing consistently in the foreground and background, recurrent flashbacks, disjointed symbolic objects... writing this as adjectives, turns of phrase, etc would prove difficult and heavy-handed! The one way to put this into reader's minds, subtly, nicely, prettily, without calling attention to it as RED NEON COLOURED SYMBOLIC OBJECT, is draw the red neon coloured object and hope the reader notices and adds it to their mental interpretation of the comic. 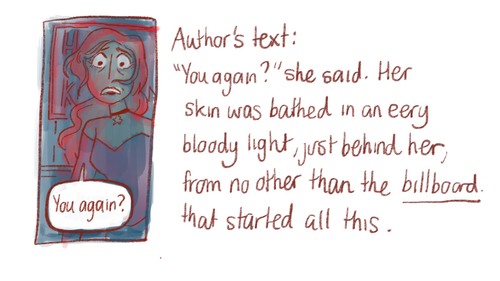 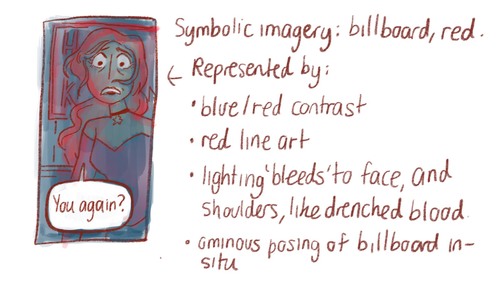 The Carpet Merchant is definitely a story I would consider best told in the graphic novel format. For example, the story is written in a carpet-like style -- set in bright and vibrant colours, with repeating patterns and dialogue and imagery, and obviously, utilising every element of Ottoman/Islamic decorative arts to create a unique kind of experience: of being transported into the world of an Ottoman manuscript. You can't do this in prose, or in film, and even if you manage to, it will be a vastly different experience than reading it as a graphic narrative.

As we achieve milestones (20%, 30%...), I'd like to go into more detail the process behind creating The Carpet Merchant Vol I -- the research taken, the influences, the script to image process, imagery and symbolism, the cool artsy magic tricks I employ to bend things like the reader's experience of in-story time -- and talk about comics as a literary medium on the same standing as novels. Later on I'll introduce other comics, both in print and online, that are worth looking into and adding to your Reading List!

I hope you'll enjoy this series of blog posts dedicated specially for the campaign. Thanks so much to everyone who has backed the project! Please share it with your friends or family or anyone you think is interested in reading this.

Until the next milestone,

The ebook for Vol I! 336 pages of candy-coloured historical goodness, in an easy to read digital edition (better than the website!). Read it on the ipad or the laptop at your leisure. Comes with a supplementary guidebook, which contains historical background and author’s notes detailing the research that went into the story. 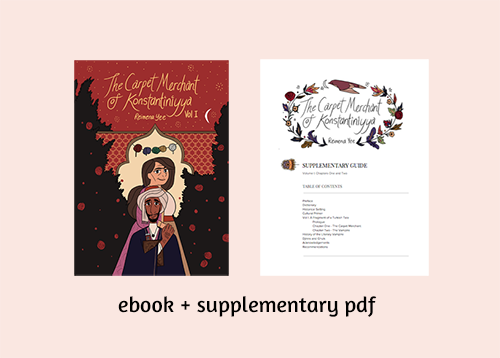 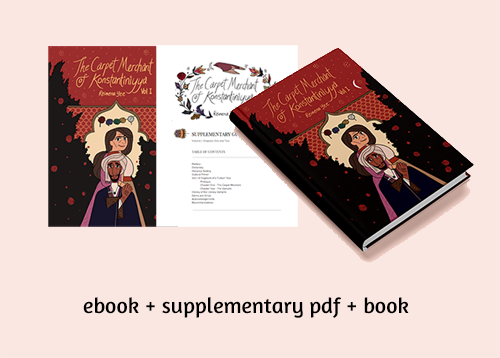