A satirical glimpse behind the curtain as the Government tries, and fails, to deliver Brexit. 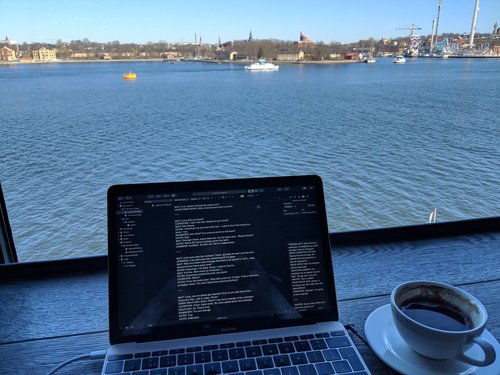 Photo: My current view on the world

One of the hardest, and most interesting, challenges of writing the 'Brexit Tapes' so far has been what to do with the 'lost' prequel.

One of the standard tropes of writing is that the very first thing you create in a series will nearly always turn out to be the worst entry in it. The reasons for that are relatively obvious: by definition, it is the piece within which you are only beginning to define the characters of the universe that's being created. Whatever they become, they have to begin, and the same is true for the narrative style.

I think most of us have a favourite literary series of some kind - whether that's fantasy, SciFi, romance or whatever. But if you think about it, how often is it that - when recommending that series - you either suggest skipping the very first entry or at least warn people that they need to 'stick with it' for a little while? As a huge fan of Terry Pratchett, I am always happy to recommend his books to others, for example, but I will rarely - if ever - suggest they pick up Colour of Magic first.

All of this can be applied to the Brexit Tapes. In a way, I've been quite lucky in that the 'Tape' that first really caught people's attention online wasn't actually the first. It was (narratively speaking) the second, which focused on the tumultuous period of resignations that followed the publication of the Chequers Plan. The reality, however, was that I'd toyed with the format several times before that, most notably with the events surrounding the Cabinet discussion at Chequers itself.

Of those earlier prequels, the Chequers Tape is the only one that I felt really warranted a place in this book. Because it is, in effect, the most natural place to start. Like the pilot episode of a TV show, however, that has also made it the hardest of the Tapes to rewrite (and reformat) for print.

With the others, I have primarily been focusing on tidying them up. That is, making use of the fact that I'm no longer bound to a character limit. This allows me to add nuance, phrasing or sometimes just corrections that I couldn't do in the originals, even though I often wanted to. That brings with it some challenges, of course. I'm conscious of the danger of 'George Lucasing' my own work. By which I mean losing sight of the things that made the originals work, through the distraction of newer, shinier possibilities. Don't worry: You will find no CGI Jabbas here.

For the Chequers Tape, however, the challenges have been very different. To summarise:

Reworking the chapter to address all those things has been an interesting exercise. It's not all doom and gloom of course. It's offered some fun opportunities to include new jokes too. Zoom-and-enhance on my screen in the image above and you'll be able to see a subtle Skyrim joke at David Davis' expense that I'm particularly happy with. It has definitely, however, been a continuing, niggling challenge.

Indeed, I've been in Sweden the last few days partly so I could focus my attention entirely on getting that particular chapter to a point of satisfaction. Not least because I was hoping that a trip to Stockholm's wonderful Fotografiska, the thought-provoking exhibitions it contains and the peaceful views that working in its cafe provides (see the photo at the head of this update) would help trigger some creative solutions to some of these problems.

I'm happy to report that this has proven successful. I opened up that particular chapter in Scrivener this morning, reread what I've done with it over the last few days and - for the first time - thought that rarest of writer's thoughts:

I'm reminded of this quote from the prologue to one of the Hitchhiker's compilations:

In the fall of 1979, the first Hitchhiker book was published in England, called The Hitchhiker’s Guide to the Galaxy. It was a substantially expanded version of the first four episodes of the radio series, in which some of the characters behaved in entirely different ways and others behaved in exactly the same ways but for entirely different reasons, which amounts to the same thing but saves rewriting the dialogue.

Ha! That's a pretty accurate description of what I've had to do in places.

Any news on a publication date? 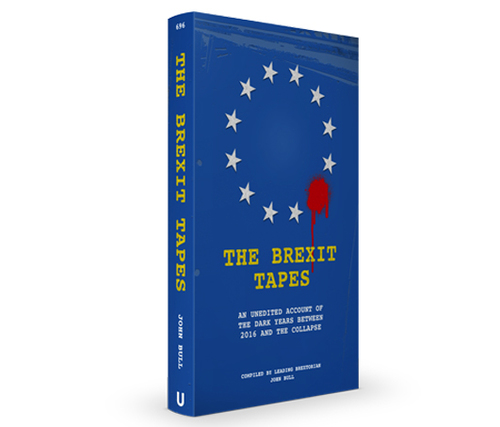 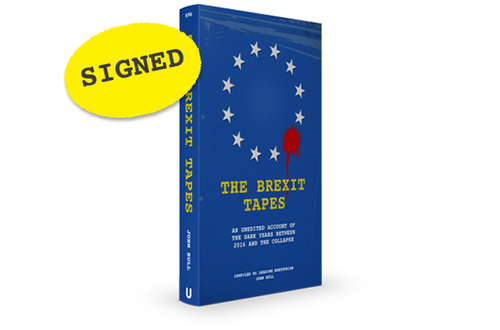