The Boy Who Stole Time 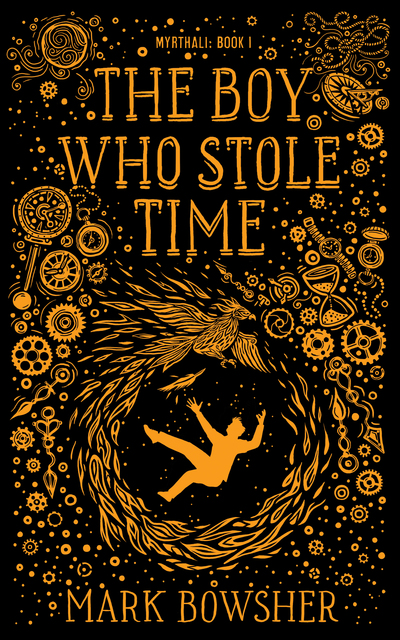 The Boy Who Stole Time

“Yer know that there's a thing, a real thing that is time? Myrthali! The Sands of Time! The dust the ages leave in their wake! A powder yer take. Boil a little up on a teaspoon with milk and liquorice and yer'll be livin' for another four years! And some’s got a lot more than a teaspoonful, I can tell yer...”

When 12-year-old Krish finds out his mum is dying, he is desperate to give her more time to live. This leads to a deal with a devil-like creature to travel to another realm, Ilir, and collect the essence of time itself.

Ilir is a tiny desert world where the days are a handful of hours long and there is magic and treachery on every corner. Here Krish is set three impossible challenges by the brutal King Obsendei to win from him the Myrthali, 'the sands of time'. Krish is aided by the razor-tongued, young girl-wizard Balthrir, who hopes to free her parents from the Black Palace; a living, breathing structure built entirely out of those subjects who have incurred the wrath of the King.

Krish and Balthrir will climb a mountain perched on top of a tree, dive into the pitch black depths of the Night Ocean and witness a firestorm over the Pale Hunting Grounds, where majestic and terrifying birds are born out of flames in the sky. They will meet Old Margary, a powerful sorceress and the last of the Sheekarla, whose perception of time is warped by her extreme old age (she once didn't speak for several decades in what she considered 'a natural gap in the conversation'). They will encounter the brutal Goonmallinns who would use them as bait to capture a FireHawk. And they will be pursued by the Vulrein; hellish dogs who haunt Krish, picking up his scent every time he closes his eyes. But Krish may be about to learn that there is more than his mother's life at stake as he gets embroiled in a blood-thirsty fight for power in Ilir that will push his friendship with Balthrir to its limits.

Inspired by everything from His Dark Materials to Grimm's Tales and the Russian folk tale The Fool of the World and His Flying Ship, The Boy Who Stole Time is also greatly influenced by the author's travels in Asia and Saharan Africa. This is a story from someone who has really climbed mountains, dived into the deep and trekked through the desert on foot. A tale for children and adults that is packed with humour, imagination and excitement that will inspire travel through pure escapism.