Celebrating my grandfather Hermann Ungar 90 years on, the original Boy from Boskovice

I know you keep getting updates from unbound about the book's progress (it's on its way, though it may take some time, to quote a phrase).

Meanwhile I am keeping busy furthering my research and one of my objectives, which is to rekindle interest in my extrordinary writer grandfather Hermann Ungar, who died all too young at 36, before he had reached his full potential but after he had made quite an impact. You will read more about him in the book, and the effect he had on my father. 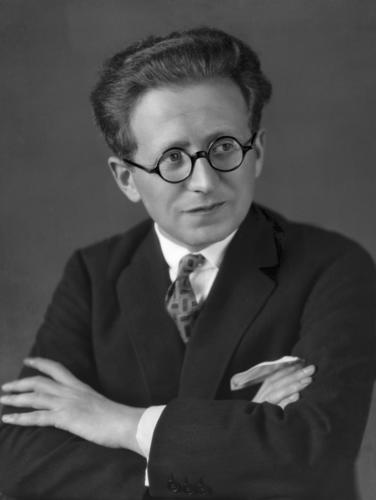 I was meant to to speak at a conference celebrating the 90th anniversary of his death, but this was postponed. So we went anyway.

I had visited his grave in 2012, although we had diffculty in in identifying it 100% as it appears to have been moved. This time we find the cemetary gates firmly locked  and, after an hour of trying to get them open, are on the point of giving up. As we look ruefully at the padlock an angel appears in long flowing robes (really) and unlocks both gates with a smile. We are staggerd. How did she know we wanted to get in? It is heaven-sent...

I find the grave again and to be certain we grub around a bit looking for a similar stone in the right area (1928)...what we find instead is another revealation - my great greatgrandfather, on Dad's mother side, Heinrich Stranksy's tombstone. He died in 1933, and poignantly had left a gap for his beloved wife Paulina to be interred beside him. It was not to be: she was rounded up in 1942 and disappeared into Treblinka; never to be heard of again. The gravestone tells the story. 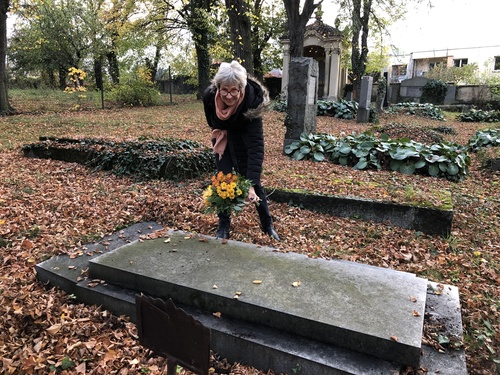 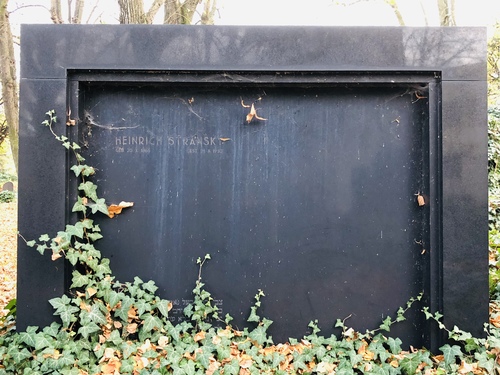 More about all my relatives, my father's Czech childhood and its legacy are revealed in the book.

All the pictures are chosen, the final edits made and it is safely in the hands of unbound to work their magic and make it beautiful.

You can read a full account of my trip on my blog https://vickygoestravelling.com/2019/10/31/commemorating-my-grandfather-hermann-ungar-90-years-on/