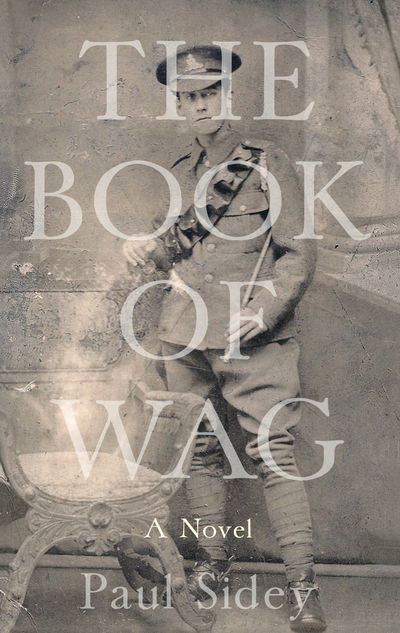 Paul Sidey was a greatly respected and much loved editor, first at Penguin from 1970 to 1980, and then at Hutchinson until his retirement in 2012.

Over many stimulating conversations about writing the great ‘Sarf London’ novel with Angela Carter, whose editor he was at Penguin, Paul Sidey always harboured the secret desire to write that novel himself. But as a respected popular and much-loved publishing editor, his time was taken up with nurturing other authors’ careers.

After he retired in January 2012, Paul finally powered up his laptop, and the fiction began just pouring out. And when he realised he was at last losing his fourteen-year battle against cancer, he started writing The Book of Wag in an obsessive frenzy, against the deadline of impending oblivion, and managed to finish it mere months before his death in September last year. His dying wish was to see it published.

The Book of Wag is a cross between family memoir and fiction. The novel ranges freely from the Western Front, to World War II, through post-war civvy street, the 1960s gangster era of the Richardson brothers and the political tumult of the 70s. Narrated in alternating voices by Wag, a veteran of the First World War, and his nephew Jack, its cast of characters is led by the richly eccentric Burton family, ruled over by the matriarch Harriet. Drawing on Sidey’s own uncle’s handwritten, unreliable World War I memoir and his recollection of family stories, in its playful interplay of fact, history and invention, the book evokes Doctorow and Tristram Shandy. It is funny, tender, sometimes violent, hugely enjoyable and unlike anything you will have read for a long time.

It's an utterly charming novel . . . I loved it. It deserves to be published, not only because it's Paul, but because it's a richly-woven tapestry of a certain time (well, times) and of another London, erudite and witty and brimming with life. I won't pretend I worked out the encryption at the end, but I will keep trying! - Patrick Janson-Smith