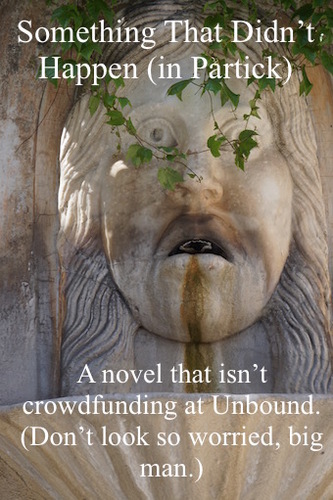 No cheating. Well, you can cheat as much as you like. You are only cheating yourself. See, I missed my calling as a school teacher. No, actually I didn't; I had a short stint subbing and was a disaster due to my inability to keep a straight face.

Me: So, let’s recap. Boy number 1, can you tell me how gills are adapted for respiration?

Eventually, mortified: Dunno, Dr Taylor. Because they have big breasts?

Me: splutters of laughter that spray most of the kids sitting on the front row.

Is it just me, or does girls not have an ‘r’ in the middle?

Answers to the quiz and more gems besides to be found in the excellent article from which I nicked the idea. http://www.independent.co.uk/arts-entertainment/books/news/the-working-titles-of-famous-novels-from-pride-and-prejudice-to-1984-a7146501.html

If you haven’t already, please consider pledging for the magnificently titled The Backstreets of Purgatory. Otherwise I might be forced to write Something That Didn't Happen (in Partick).