Have I been time travelling? I can’t believe where the months have gone. It is just over a year ago already since we launched The Backstreets of Purgatory on Unbound. For those of you who pledged right at the beginning, it probably feels like an eternity. But for me, it has whizzed by in a blur of crowdfunding, events, setting up my new blog, and most recently, editing. 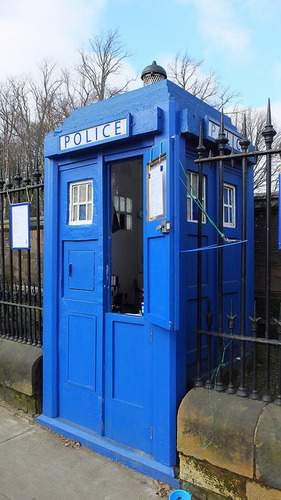 A couple of weeks ago I received my developmental edit back and I’m happy to report there wasn’t much to do in terms of restructuring or the like. One of the things that has been a difficulty for me is getting the right balance of dialect in the dialogue. I want my characters to sound Glaswegian, but I don’t want the dialogue to come across as a pastiche of a Glasgow accent. Nor do I want to put so much phonetic or non-standard spelling in that the reader is shaken out of the moment by trying to decipher it. One of the problems is that there is no standard spelling for many dialects and languages with an oral tradition, and Scots is one of them. I think I had gone a little bit too far the other way, though, with mainly standard spellings, and perhaps it was no longer possible to hear the accents clearly. This is one the main things that I’ve changed in this edit (or changed back, because I have been a to-ing and fro-ing with this).

Apart from that, there was very little rewriting to do, which of course I was delighted about.

I have discovered (or rather what I already suspected was definitely proven) that I really am a crap speller. Even with spell check. You know how it is, two words sound similar, you use the wrong version, spell check doesn’t do its red squiggly thing so you reckon all is well. Or you mix up two completely different words and read what you expect to read. I’m only glad my editor couldn’t see my blushes when I read the tactful comments she had written in the margins, like,

‘Is it an ironic use of this word?’ (dependable/dependent)

No, no and again, no. Just me being rubbish.

At least someone was there to point it out.

It is brilliant to work with a good editor. Not only to save embarrassing mistakes like those above, but to make you really think about everything you’ve done and to justify every word on the page and all the decisions you’ve made. I’ve been really lucky because I’ve worked with some amazing writing tutors and colleagues who have helped me along the way (both with this novel and with previous work) and I’m pretty sure that it is thanks to their early input that there weren’t huge changes to make at this stage. But the version of the manuscript I sent to Unbound was rewrite number…you know I’m not even sure. I did several major rewrites with complete restructuring early on and countless smaller rewrites of individual chapters.

So, a year and a few days is actually only a small fraction of the time I’ve been working on this book. And there is more work to come. I’m waiting to hear if my editor thinks the changes I made are working, and then after that there is the copy edit where all the punctuation, time lines etc are checked and double checked. No doubt there will be a few more blushes then.

But we are making progress towards publication. Thanks for hanging in there. And thank you to all the new supporters who have joined the crowd. It is lovely to have you.