Given how long it took me to make the last ReliquiSHED Backstreets Production in August, I’ll spare you the video chat this time and plunge straight in to introduce you to the second crop of characters who didn’t make the final cut of Backstreets. I’m racked with guilt, by the way, especially as my current hashtag should be #amnotwriting. It is impossible to concentrate on other characters when Finn and his mob are still filling my thoughts. The trouble is I can sense one or two of the RelinquiSHED are getting pretty pissed off with me.

[Actually, #amnotwriting is not entirely true. Between here and my website, the words are flowing. It is just that they aren’t flowing into Novel Number 2.]

But I digress. The RelinquiSHED Part 2. These three are characters that I really cared about. Properly. Like enough to get a bit teary when I think about what might have happened. Yes, it is true. This whole novel writing thing has officially sent me over the edge. I have finally lost the plot.

Ex-army, jakie, in his thirties but could easily pass for 50. Lives most of the time in the doorway of the Pound Shop on Dumbarton Road. Has a dog, a supermarket trolley, a pair of boots whose soles are studded with craters and a bad dose of shell shock from his last tour of duty in Afghanistan. Once he helped Finn collect slugs from the garden so Finn could salt them and make a pigment out of the resulting green slime. Given that Imperial purple comes from a secretion produced by sea snails, Finn’s idea was only partially ridiculous. The main issue was that he hadn’t thought it through. All Alfie and he succeeded in doing was stinking out the kitchen in the church hall after boiling the salted slugs in a coffee percolator.

Alfie was wearing his rotten-tooth smile and the effort involved seemed to be slowly killing him. The guy never looked great, Finn conceded, but today he looked totally shot. Behind the matted beard, his face was corpse grey and the bags under his eyes would’ve done for collecting body parts. Talk about the living dead. 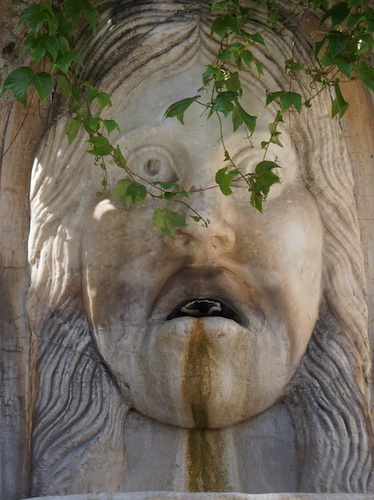 What happened to him?

As if life wasn’t hard enough for the poor man, Alfie got the chop even before the first draft was complete. In character, he overlapped too closely with Maurice and, in circumstance, with Tuesday, so sadly he had to go. And considering everything he had been through, I’ve a feeling it didn’t end well for him. I don’t like to even think about it.

Did Alfie not used to have a dog? Haggis or Seamus or some other teuchter name?

Dog. Border Collie. Alfie’s shadow. But when Alfie gets picked up for being drunk and disorderly and spends a night in the cells, Hamish is left to wander the streets alone. A well-meaning retiree mistakes him for a stray and takes him back to her huge house in Bearsden where he has the run of an enormous but well-secured garden surrounded by an enviable (if you like that kind of thing) sandstone wall reaching almost three meters high and over which poor Hamish is unable to make his escape.

Did Alfie not used to have a dog? Haggis or Seamus or some other teuchter name? Finn racked his brains for the last time he’d seen the wee fella but he couldn’t bring it to mind. Stuff had been a bit hazy recently. Maybe he’d imagined the mutt.

What happened to him?

Finally, Hamish gives in and accepts his life has changed. For the first time in many years, he is well-fed, and flea and worm-free. But on the rare occasions his owner takes him back to the West End, he sniffs every doorway, every damp sleeping bag, every pile of cardboard that serves as someone’s bedding in the desperate hope that he will find his old master. (I don’t know about you but I’m welling up here, especially as I’m pretty sure Alfie isn’t with us any longer.)

Cleaner in the church hall. Jamaican in origin. Came to Glasgow in 1950s as a teenager. Married to Donnie, an ex-bus driver. Apart from her enthusiasm for the Royal Family, she is more or less Finn’s idea of a perfect mother. She is jolly and caring and happily religious, while at the same time taking cash-in-hand for the cleaning and thus defrauding both the tax man and the social security.

Pearl told him it was a sign. A baptism. A test of his faith, of his strength, of his commitment to his work. She said it was his opportunity to do something real with his talent, something worthy, something that meant something. And he’d been swept along with it all. Promised her. Swore he wouldn’t just redo the damaged paintings. Swore, as he wiped the snot from his nose with the back of his hand and Pearl hugged him to her not insubstantial bosom and told him not to tell her Donnie that she’d been cuddling another man, swore he’d make her proud. (He’d been prepared to swear on his mother’s life but Pearl had seen through that particular ruse. Though, since his old dear paid the contract for his phone, it was a wee bit harsh to say she meant nothing to him). Finally, when he stopped blubbering, she kissed his forehead, held him at arm’s length, looked him straight in his swollen eyes and said,

‘All done? Good. Then budge that skinny bottom of yours and fetch me a cup of tea.’

What happened to her?

Pearl was a casualty of her kind-heartedness. She cared too much for Finn. His life wouldn’t have disintegrated the way it did if Pearl had been around to keep an eye on him. So she had to go. She fought against it all the way through to the complete second draft. The cut was made on the condition that she would definitely turn up in a future novel. The good news is that as soon as she left her job at the church hall, Pearl found other employment nearby. She’s working as a corpse beautician in the funeral parlour just around the corner and we will definitely be meeting her again. I, for one, can’t wait.