The RelinquiSHED fight back 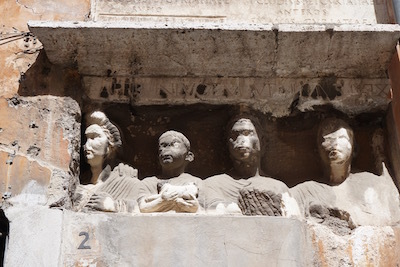 Have you ever wondered what happens to the characters that don't make the final draft of a novel? Who they were and what they did to deserve the slash of the red pen? Or whether they were simply innocent bystanders caught up in events unfolding, unravelling, unexisting, beyond their control?

Let me tell you, they are out there somewhere. In the same place as the text messages that get sent but never arrive, and the radio signals that get transmitted and never picked up, and the trees crashing in forests that never get heard. Living and reliving the fragments of their stories which existed before the brutal rewrite, each reiteration becoming weaker, less discernible, their voices lost in white noise of centuries of others similarly discarded, until the traces of them are so faint you need the literary equivalent of a gravitational wave observatory to pick up the distortions in the space time continuum caused by their brief existence.

But the relinquished cast of The Backstreets of Purgatory are not your average Redacts. They are quite simply not prepared to fade out so placidly, so passively.

This is where the fight back begins. And this time they are determined to be heard.*

*exclusive material available soon for supporters of The Backstreets of Purgatory, so if you want to find out about the characters who didn’t make it and what they are up to now, or what happened to Alfie’s dog, you know what you’ve gotta do.

It's the squirrel I'm going to miss.

Ah, the squirrel. Don't worry. I'll tell you his entire backstory and what he's up to now in squirrel land.