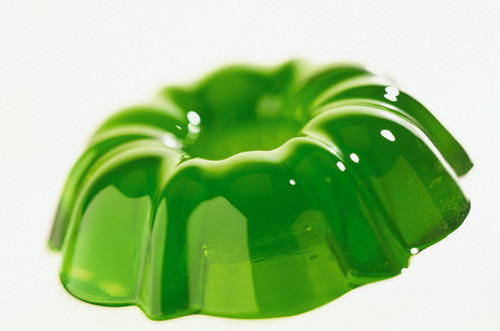 Go on then, I’ll admit it. For the last couple of weeks, I’ve been suffering from a wobble. A crowdfunding wobble. Look it up. It’s an officially recognised condition. You’ll find it in Section F4 (neurotic, stress-related and somatoform disorders) in Chapter V of the International Classification of Diseases (ICD-10). It is there in the small print alongside several other related disorders that go under the umbrella term Social Mediaopathies. You’ll probably recognise them. Instagrumps,

The symptoms cover a spectrum ranging from mild feelings of anxiety and inadequacy through to crippling and excruciating embarrassment at your social media failings even though (or rather, precisely because) no one is watching. Physical symptoms include furrowed-brow ache, screen-scrolling nausea, and a stiff first digit due to the compulsion to constantly refresh the app in question. Occasionally, the more uncomfortable mental anguish is relieved by the short-lived yet exuberant high that accompanies the bleep of a notification, only to be followed by a much longer lasting enervating low with the realisation that, yet again, the notification was merely the latest from the app administration team.

In many cases, the precipitating factors are well recognised and similar. Two hundred and thirty-two likes for the blurred vid of your spotty cousin’s gangling pirouette the length of the bar after downing his second lemonade shandy in the Queen’s Legs at his leaving do before he emigrates to take up an astronomically-paid position in Silicon Valley with a tech start up where it is obligatory to skateboard to work wearing Palace threads or something equally as cool, while your tasteful selfie of your Mermaid yoga posture in your newest Primark Lycra is completely overlooked (except by a Greenpeace activist who mistakes you for a manatee in cross-legged distress). Add to that the torrent of emails from LinkedIn telling you to ‘Connect with your colleagues at Unemployable’ and an ad stream of unremitting smugness and sarcasm suggesting you fork out megabucks for software to enable you to coordinate your copious blog following (software written, incidentally, by same spotty cousin before he left to soak up the Californian sun and cure his acne) when the truth is you have less traffic to your blog than you’d expect in the Little Chef Car Park at South Baladie at 3am on a wet Wednesday in mid-March, and you can see how you might start to feel the grumblings of Social Media sickness. Then there is the malicious tag by your so-called friend on a girls’ night in when your face rather unfortunately looks like something the neighbour’s cat puked up three days ago (even though the avocado and pomegranate face mask is still in its packaging). And that is without even mentioning your failure to smash the invisible (ie non-existent) ceiling of 10 followers on Twitter (and that is taking into account your mum and dad, your hamster, and the four buffoons who mistook you for the other—the verified—Taylor Swift).

Connect with your colleagues at Unemployable

Thankfully, there are several basic remedies that not only provide symptomatic relief but can with time effect a lasting cure. Simple measures that you can perform at home without the need to consult a medical practitioner or break the law. Post that pic of your soon-to-be-trendy cousin wearing his 2016 Olly Murs European Tour T-shirt. Tag your cat-puke face with your friend’s name (the world doesn’t know you, anyhow). Tag your neighbour’s cat’s puke with your friend’s name. Block anyone who takes exotic holidays and anyone with more followers than you (oh, hang on, that won’t work). Friend people you detest merely for the satisfaction of unfriending them the next day (I recommend a minimum waiting period of at least a day or the accompanying unfriending frisson is negligible). Log out of WordPress and visit your site two or three times a minute...er...an hour to boost your traffic to motorway levels. (Make sure you log out or it knows—it knows—that it is you and it gloats as it fills your stats with ‘Loser Author views’.) Open a second Twitter account for your hamster. Open a third Twitter account for your hamster. Get another hamster (one of the opposite sex to future-proof this plan). Retwit your own twitterings. Get your hamster(s) to retwit your twitterings. Tag your posts with X-rated bot tags for maximum shareage (who knows, there may be a Caravaggio fan among the adult movie viewing public). Only, for your own reputation and for the safety of your pet, don’t mention the hamster.

If you follow this advice, you should notice an immediate and tangible improvement. In the event that symptoms do not improve, step away from the mobile electronic device. It is time to meet—head-on—a large wattled Galliform with a low core temperature. 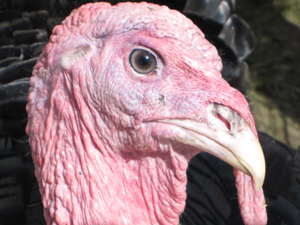 A large, wattled Galliform but is it feeling the cold? Image by Watt Publishing

Sadly, a crowdfunding wobble falls slightly outside the usual run of Mediaopathies. It is less prevalent and probably less recognised among the general public. And unfortunately for sufferers, it is less easily resolved by any of the above measures. It is certainly not possible to cold turkey your computer addiction or the campaign will never succeed. Worse, crowdfunding wobble is a far more unappealing condition than everyday Instagrumps or TotallySnappedChat, reeking as it does of pitiful ingratitude and petulance. Particularly when progress is good.

[Aside: the following paragraphs are fully truthful unless otherwise stated, in contrast to the Creative Non-Fiction—ie made-up—style of the previous sections.]

My own crowdfunding wobble was precipitated by a lack of a plan. Or rather, the exhaustion of the plans that I’d already made. I’ve pretty much contacted everyone who has ever had the dubious pleasure of meeting me. I’ve read my way around the UK and branched out to France. My audiences have always been appreciative and generous with their comments and their pledges (even the poor souls who have listened three or four times to the same extracts). It has been a pleasure and a rare privilege.

But it is now seven months since my project launched. Many crowdfunding sites do not allow you this long to fund. My early supporters have been very, very patient and for that I am unbelievable grateful. For their sake, for the sake of everyone who has pledged, I’m desperate to get the last twenty odd percent. I was hoping to do a London reading but so far have failed to find a venue. Likewise a local venue. With no reading tour in the offing and a hundred or so supporters still to find, my wobble almost became a full-on meltdown. Knowing that I had to widen my networks, I embarked on a mission to increase my media profile, basically to play the long game. I’ve hounded complete strangers to answer personal questions on my website and thrust myself on unsuspecting bloggers in an attempt to blag a guest post. When I got no immediate response, I wallowed a while in my despair. I cut a tragic figure.

In summary, you’ll delighted to know that I’ve rallied. I’ve set up a Backstreets FB page for sharing, I’ve been rethinking my publicity schedule and checking those flights to NYC. I’ve been busy with my other blog (here’s a post about Caravaggio’s model, Fillide Melandroni and her crooked finger) and I’m open to all suggestions and offers.

[PS Some folk have continued to have a few problems with the system when pledging. Remember the money is taken at the time, so if you haven’t logged on and created an account, the pledge won’t go through. If you think that might be you, check the supporters list. If your pledge has been successful, your name will be there.]

We all have total faith in your book! Not far to go now! xxxxx

Thanks, Lisa. Other people's faith in it has kept me going when I've wobbled.

I'm new to this and still excitably poring over the site. I like your style so duly pledged.

I know it's not a quid quo pro but you may want to have a look at mine.

If not all the best anyway.