I wrote a book. Did I tell you?

Two large boxes arrived in the post at my house this week. It may not sound like much but the fact they arrived at all could considered to be a miracle of sorts. Half our post goes missing and I have spent many a frustrated hour at the main branch nearby faced with a blank stare and a 'pas possible' when I've offered to search the parcel room myself for my stuff. Plus, Monday was a holiday here but the delivery guy obviously didn't get the memo.

What was in those boxes, you may be asking? (Although I imagine you might have already guessed especially if you've zoomed ahead to the pictures of my ludicrously grinning face). BOOKS, BOOKS and more BOOKS. My author copies of the special edition and the trade edition of The Backstreets of Purgatory.

Obviously, I'm biased. Obviously. But even so.

They are pretty much the coolest looking books I've ever seen in my life.

I don't want to spoil it too much but the special editions are properly special. Properly. Like mini works of art (or not so mini considering they come in at 496 pages). And the trade editions are lovely too.

My parents and some friends happened to be here when the parcels arrived and I opened them with an audience taking photos. As you may be able to tell from my face, it felt like all my Christmases and birthdays had come at once.

I'm off to Unbound headquarters to sign copies at the beginning of June. As soon as that is done, your editions will be mailed out. You should get them well before July 12th which is when the trade edition is available in bookshops and on Amazon.

Meanwhile, I'll be spending some time caressing my copies. Haha. Too much information. 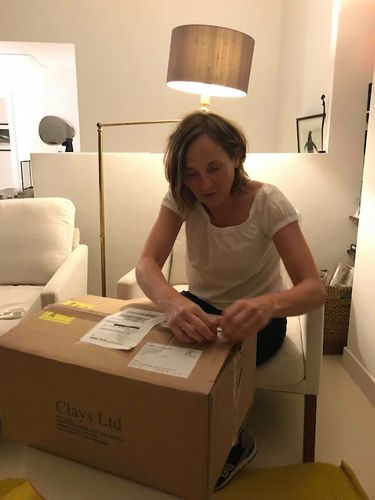 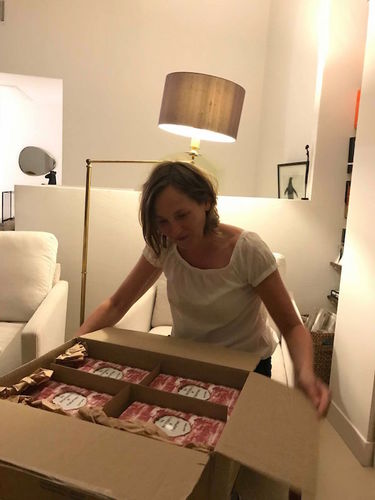 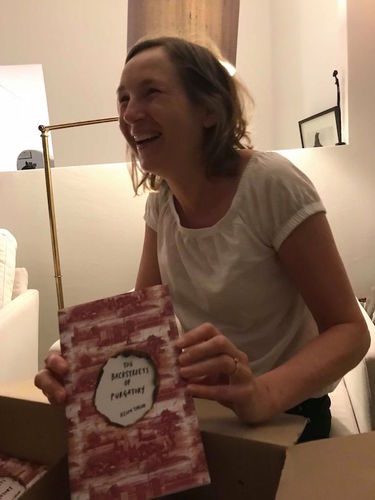 I think it looks amazing - and the photos of you opening the box with so much joy are worth much more than the price of the book!