I wasn't the only one who bluSHED

Once the numbness had passed, it started throbbing like a tadger.

Try saying that in front of your mother-in-law without either burning up or giggling stupidly.

All of which I did Friday evening past at the Spoon Café in Glasgow. In the name of literature, of course. It was a supposed to be a reading event. Only, by the time I'd made it to the end of that sentence, I could barely read on and had to apologise to my audience for being almost incapable. ‘It’s difficult you know, in front of the in-laws’

‘It’s fine, Helen. I didn’t know what you were talking about,’ my mother-in-law replies with a wicked grin. The audience collapses with laughter.

As I had earlier tried to explain, when she warned me she was going to bring a whistle and blow it every time she heard some bad language,

It isn’t me who's swearing. It’s the characters.

Although the fact I invented them diminishes a little—even to my own ears—the persuasiveness of that argument.

It was a fabulous night, aided by two other Unbound authors, the wonderful Tabatha Stirling and Ian Skewis, a great venue, the rowdy bunch listening, and one or two glasses of wine. The Spoon Café is run by Unity Enterprise, a social enterprise charity who do all sorts of amazing work around Glasgow and they opened specially for us that evening. I’m not sure the café made much money during the readings but I think (I hope) they received a few contributions to their Pay It Forward scheme which allows customers to donate towards the cost of a meal for a local person who is experiencing hardship. 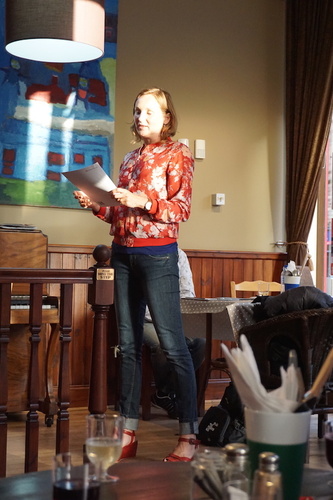 Saturday night at the Old Rope Works in Montrose was a repeat performance, only this time I was by myself and it was my own parents in the audience. Considering they had done a stellar job at rounding up their friends to boost the audience to nearly 50, I hope they weren’t too mortified by their daughter's words. Another brilliant night, another superb venue. And a tremendous opportunity for me to say a face to face thank you to some of my supporters, and to present my work to them and to others who weren’t familiar with it. 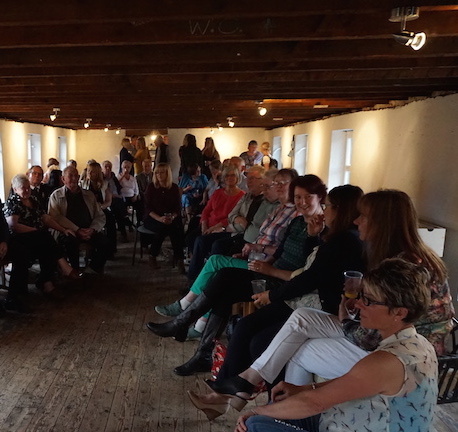 The reception for my readings on both nights was fantastic. Although the aim was to spread the word to people who didn’t already know about Backstreets, one of the most positive things to come out of it was the response from friends who had already pledged.

I was excited to read it before. Now I can’t wait.

Can you not send me a sneaky few chapters?

Now, they are even more motivated to help me spread the word which is exactly what I need.

After the weekend, I had a wee boost of pledges, which was ace. Welcome to you all. If you are new to the shed, check out some of the older shed posts for more info on Caravaggio, or to hear a recording of some of the dialogue from Backstreets. It cracks me up each time I listen. There’s a supporters only post with a video talking about the characters that didn’t make the final cu and lots of other bits and pieces. My extremely amusing pun is that all my posts have the word SHED in the title, in case you were wondering what that was all about.

And finally, it is about time I said a very public thank you to you all. To those of you who helped me organise the events, to those of you who attended, to Lynda for letting me use the Old Rope Works, to Kirsteen for her generosity at Spoon. And to everyone who has pledged so far. I’m 46% of the way there. 206 supporters. Which, even if I say so myself, is pretty damn cool.

So here is it. 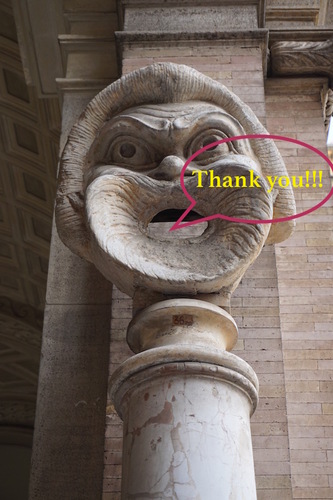