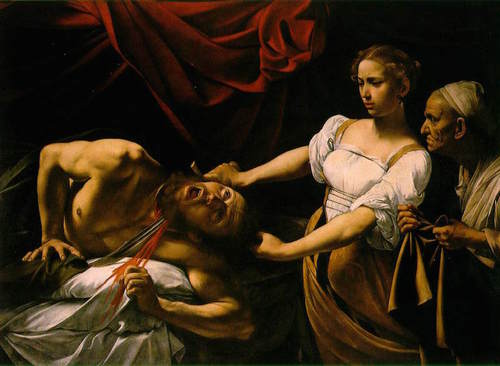 As I still haven’t thought of an appropriate shed pun for the answers to my Caravaggio multiple choice, this week I’ve decided to include a short extract from chapter 13 of Backstreets, purely as an excuse for using an overly dramatic shed post title. Before we get to that though, I want to say welcome to my new supporters and a massive thank you for your generosity. I'd love to be able to thank you all personally but there are quite a few people who I don't know now. Which is very encouraging and very excitiing. We are making great progress. I'm feeling pretty optimistic that it won't be too long before we are completely funded. Don't forget it you are looking for an unusual (!!?) Christmas present, you can pledge on someone's behalf (it will be your name in the list of supporters here but you can choose which name goes in the back of the book). All supporters at all levels get their names in the back of all editions, including the ones that go into the shops.

Okay, down to business. For those of you who haven’t seen the multiple choice questions, here they are (not on the flyer this time, so you should be able to read them without a magnifying glass). No prizes, only the enormous satisfaction of answering (correctly or incorrectly). A pretty cheesy title for this section but there aren’t that many words that rhyme with Caravaggio.

Do you know your Caravaggio from your Formaggio?

1. Caravaggio’s birth name was Michelangelo Merisi. His parents named him after:

2. What is the term used to describe the characteristic technique that Caravaggio used of putting coarse dark layers of paint directly on the canvas, allowing him to work from dark to light?

3. How many times did Caravaggio paint a self-portrait?

4. Where did Caravaggio go after Porto Ercole?

And here are the answers:

2: C Imprimitura. Sfumato is the term used to describe bright segments merging softly into darker ones which are never completely black. This technique avoids sharp shadows and was recommended by Leonardo Da Vinci in his treatise on painting. Chiaroscuro is the term most commonly associated with Caravaggio’s work and describes the contrast between the light and dark that produce the illusion of three dimensions. Tenebrism is an extreme version of chiaroscuro where the dark dominates and the light appears as if from a single source (although when Caravaggio’s paintings have been analysed, it has been shown that the scenes would usually have been lit by more than one source). Caravaggio didn’t invent chiaroscuro or tenebrism but he is one of their most well known exponents.

3: B or D. D of course may be correct if you are genuinely unsure of the answer but it might also be the only answer that academics agree on. There is one painting officially titled as a self-portrait Self Portrait as Bacchus and at least six others where Caravaggio makes an appearance, either as an onlooker or central to the action. These include Musicians, The Calling of St Matthew, The Martyrdom of St Ursula, Raising of Lazarus, Betrayal of Christ, David with the Head of Goliath. A miniature self-portrait of the artist and his easel reflected in the glass goblet in Bacchus has been identified. Other paintings considered by some to be self-portraits are Medusa, St Francis of Assisi in Ecstasy and Jupiter, Neptune and Pluto. In The Backstreets of Purgatory Lizzi wrongly identifies Holofernes in Judith and Holofernes as Caravaggio and Finn goes along with it (see below)

4: B Glasgow, of course. Partick, to be precise.

Lizzi (Finn’s girlfriend) is at Finn’s flat on New Year’s Day. Maurice, the alcoholic neighbour is in. Finn is trying to explain to Maurice why he is so unhappy with his own work (a series of paintings of people he has seen at the Bingo), and as usual turns to his book on Caravaggio to show Maurice what he would like to be doing. It is in this extract that Lizzi misidentifies Holofernes as Caravaggio but Finn doesn't correct her. This short extract starts about half way through the chapter.

‘This one I first saw when I was a nipper and my wee granny took me on a trip to Rome. Even though I was only knee high to a grasshopper, I knew as soon as I saw it that this was what I was born to do. My granny said it was in my blood…’ Finn hesitated when Lizzi came and stood next to him. She knew why. She had never bought into that particular family myth.

‘Which one is it?’ she asked, peering over Maurice’s shoulder.

‘Poor sod is getting his head chopped off,’ Maurice explained helpfully. ‘And the wee lassie doesnae want to get blood on her dress.’

Lizzi nodded. On the surface, that wasn’t a bad summary. The beautiful Judith—forehead puckered in concentration and mild distaste—was sawing through the head of the tyrant general, wielding her scimitar at arm’s length.

‘See the girl,’ Finn said. ‘She was a prostitute. In real life, I mean. Not in the picture.’

‘She turns up in a few of the big man’s pictures,’ Finn said. ‘You can recognise her by her crooked finger. You can’t see it here, though, because of the way she’s holding his hair…’

He faltered. He suddenly looked wrung out.

‘And Holofernes?’ Lizzi asked to encourage him. ‘He looks swarthy enough to be your man.’

‘Aye,’ Finn said, regaining the flow. ‘One of his many self-portraits. He was probably the girl’s pimp in real life. Definitely her lover.’

‘Yeah, ironic isn’t it. Not what you’d expect. But then, there wasn’t much about the big man that you could take for granted. And we’re not just talking his life. His entire body of work is full of irony, of inversions, of orthodoxies turned on their head. You can see it in the way he painted this scene. For all the other lads working at the time, Judith represented humility, justice and chastity. Shorthand for the virtuous woman. A prefiguration of the Virgin Mary.’

‘This one doesn’t look particularly chaste or humble,’ Lizzi said. Something about the girl’s erect nipples suggested there was more than an element of pleasure in her actions.

‘Exactly. And you wouldn’t expect anything else from the big man. What you’ve got here is a parable of the triumph of the biblical underdog. A female David with her own Goliath.’

Although she nodded again, Lizzi wasn’t really convinced. For her, the painting told a different story. It didn’t seem like chance that Caravaggio’s Judith was a whore. Poor old Holofernes looked like a client caught with his trousers down. In Lizzi’s opinion, this young temptress was no lucky winner outmanoeuvring a more powerful opponent. Under those soft curves was a core of flint. Judith was never going to lose. The painting read like a confession of the weakness of the flesh: the artist, slave to his lust, seeking absolution in the ultimate penalty.

‘Anyhow, you have to admit,’ Finn said, suddenly cheerful, ‘the Bingo pics are pretty pale by comparison.’

‘Well, I reckon you do yerself an injustice, sonny. But good on you for trying, that’s all I can say,’ Maurice said. ‘More rewarding than being a plumber, I’d imagine.’

Finn laughed. ‘I was away to say you never see a skint plumber. Except you’re the exception that proves the rule.’