The Almanac: A Seasonal Guide to 2018

A guide to help you reconnect with the seasons, through gardening, eating seasonally, moon gazing, foraging, celebrating feast days and picking bunches of seasonal flowers 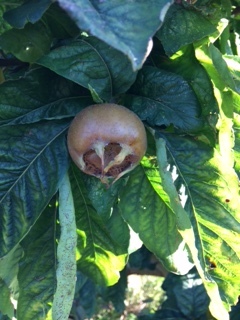 At the beginning of September I wrote here about ironing brand new white shirts, sharpening pencils, lining up shiny black shoes by the front door. Now it is October, and I sat down to something Octoberish, while determined to avoid three particular words. Damn it’s hard. There are a lot of apples in my life right now, and a slow acceptance of the need for cosiness in food and in life in general, nothing too sharp and invigorating. And hey, sometimes it just is misty. Happily Keats had nothing to say about corduroy and the triumphant return of thick wooly tights, so I offer them to you as October signifiers, along with this little Almanac round up of the month ahead: the things to look out for in the world around us during October. If you find that this is the sort of information you would like to have more of, please click on the pledge button and support my project!

The moon: The full moon will fall on the 16th October this month. In North America this moon is known as the Hunter’s Moon or Blood Moon, more because this was the time for slaughtering animals before winter than because of the colour (‘blood moon’ is also the name used for the moon during an eclipse, when it turns red).  The full moon at this time of the year rises around sunset, and so is helpful in extending the time in which hunters and – apparently – slaughterers could work outdoors. Just as with last month’s harvest moon, the hunter’s moon is very yellow or orange in colour during the early part of the evening.

The sky: As the sky gets darker earlier this is a brilliant time of year for sky watching, and the Orionids meteor shower is worth looking out for from now until November 7th, with its peak on 21st October. It is easy to find because as its name suggests it is in the same part of the sky as Orion, which most of us can pick out. The Orionids are created by debris from Halley’s comet, and you may see up to 20 shooting stars per hour, particularly if you look just before midnight and just before dawn.

Festivities: Samhain falls at the end of October and the beginning of November, from 31st October to 1st November and is one of the Gaelic cross-quarter festivals, a festival of fire and of a thinning of the veil between the worlds of the living and the dead. It has long been celebrated in Ireland, Scotland and the Isle of Man and later merged with the Christian All Saints Day and from there with Hallowe’en. In all traditions it is a moment when spirits can pass more easily into our world, but Samhain is also a time for a less ghoulish and more contemplative remembrance of those that have died in the past year.

From medieval times to the 1930s children would go ‘souling’ on Halowe’en, visiting neighbours and begging for soul cakes, often just known as ‘souls’. This may have been the origin of trick or treating. Souls are small round spiced biscuity cakes topped with a cross of currants. Bake some and offer them to your trick or treaters instead of Haribo. Go on, I dare you.

A handful of currants

Preheat your oven to gas mark 7/220C and line a baking tray with parchment. Mix together flour, salt and spice and then rub in the butter. Add the sugar and mix. Make a well in the centre and tip in the egg and the milk and use your hands to bring it together into a dough. Roll this out on a floured surface and cut out the biscuits. Place them on the tray and make a cross on each with rows of currants. Bake for 10-15 minutes, cool and eat.

Love October and love medlars too. A friend used to have a tree in her garden and we would wait until they had bletted and then use them for chutney (fabulous with fenugreek), jellies and cheese. My life also revolves around apples at the moment - cookers for stewing and pies, eating apples every meal with the kids and glorious red crab apples for jelly and fruit leathers. Really interesting to learn more about the phases of the moon - can't wait to have an actual copy of the almanac in my hand. Keep up the good work :)

Thank you Nik! Glad you are enjoying so far x