Several little birdies tell me that the first paperbacks of Ten Little Astronauts are now in the post (and may have reached some of you by the time you read this). If your pledge included a signed copy then that may take a little longer - there were rather a lot of them to do - but it's on its way now. 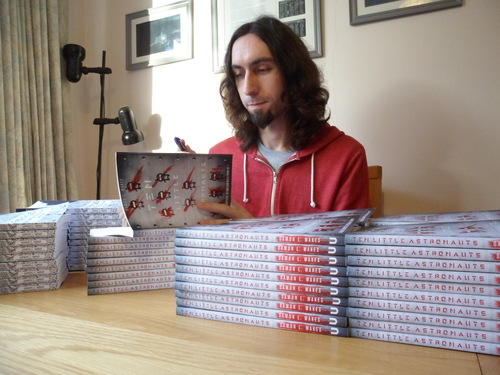 If you use Facebook or Twitter (or anything else for that matter), it would mean an awful lot to me if you could share a photo of yours when it arrives. This is a bit of a "thing" at Unbound, apparently. I've supported several books myself and always aim to get a snapshot of them alongside something pleasant and wholesome, like knives, giant carnivourous plants, or miscellaneous boxes of fluff. 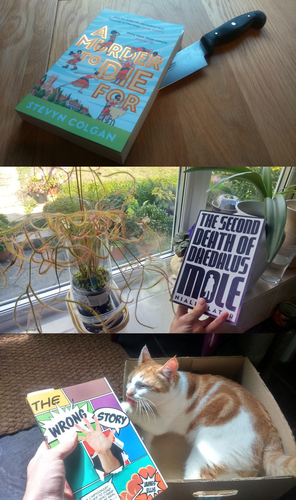 (The next one might be Girth Loinhammer's Most Exponential Adventure, by the way, so it may take quite a bit of convincing. Just a heads-up.)

While I'm at it, this is also why reviews are so important: especially to authors who are just starting their careers. One person reviewing a book makes more difference to its prospects as a hundred reading it but never doing any more. It doesn't have to be a whole essay or a glowing recommendation: all it takes is an honest rating and a sentence or two.

It's been a long journey to get the book to this point. Above all, I'd like to know that it gets to you, and I'd be keen to hear what you think.