The campaign to get Ten Little Astronauts into print has now hit 15% of its goal! A strong start, but to keep up the momentum I've got something new in mind: if we hit 25% by the end of September, I'll reward all supporters with a new, polished work of fiction immediately. 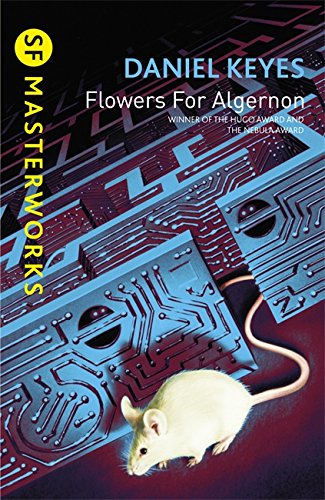 Ten Little Astronauts might have been the final project for my MA in Creative Writing - and it was definitely what earned me a Distinction overall - but it wasn't the only project, and it wasn't even the only reimagining of a classic work of fiction.

One module of the course pretty much just invited us to do something a little unconventional and, having already been tinkering with interactive fiction for quite a long time, I knew what I wanted to do from the very start.

My Name Algernon is an interactive work of science fiction that places you in the role of Algernon: an ordinary chimpanzee who, through experimental drugs, it is hoped will gain an extraordinary level of intelligence. Being an interactive story, however, whether he does - and if so, what he does with it - is up to you.

As you might have guessed, My Name Algernon draws inspiration from Daniel Keyes' Flowers For Algernon, in which mentally handicapped man Charlie Gordon is given experimental surgery to significantly boost his intelligence. The story is told through a series of reports, and as Gordon himself changes the style of these reports changes in kind. My Name Algernon follows a similar format, though being interactive the text displayed is generated by the reader's computer in response to their actions so far.

I think My Name Algernon will be an interesting read for anyone who's already following Ten Little Astronauts, and particularly for anyone familiar with certain other stories of mine. I've chosen 25% as a goal for this not so much to push things further as to continue the progress that the campaign has made so far: if everybody who's already pledged found just one friend or family member to join them in supporting the book, we'd be there right away!

So to sum up, My Name Algernon is an interactive science fiction story that, like Ten Little Astronauts, borrows from a well known work. If the campaign to get Ten Little Astronauts into print reaches 25% of its goal by the end of September, I'll be sending it out to all supporters the moment that happens.