My flash fiction anthology for 2016 - Robocopout - is now available, and as promised I've sent one to Jo Bellamy, who won the 100 supporters draw. She's actually the very first person in the world to get a copy: I don't even have one myself yet! 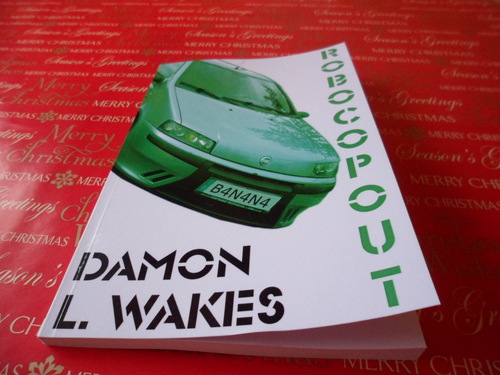 If you've only discovered my writing through Ten Little Astronauts, you might be surprised to learn that most of my short fiction is actually quite lighthearted. Every year I take part in Flash Fiction Month - a challenge for which participants write one brand new story every day of July - and every year I combine the stories I produce for that event into an anthology of flash fiction. Each book includes precisely 31 stories, and all 31 of those stories will be between 55 and 1,000 words in length.

Robocopout is the fifth of these anthologies, and anybody who's read one of the previous years' books will probably notice a handful of running jokes and recurring characters. However, I always aim to make each story stand on its own. Highlights this year include fun with time travel and a suspiciously loquatious barbarian. 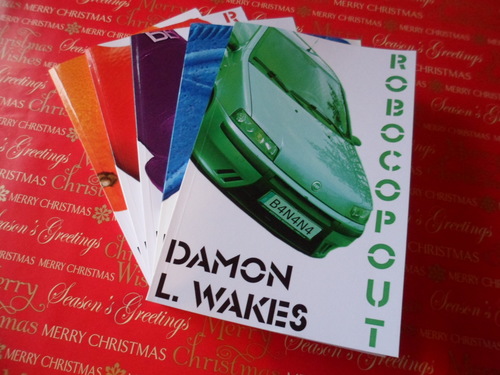 You can find links to Robocopout on various places online over on my blog, but it's worth bearing in mind that anybody who's pledged for Ten Little Astronauts at the Collectable level or above will already be getting the ebook as part of their supporter rewards. I'm also planning to run more book giveaways in future - probably including one at 125 supporters - and it's quite likely that those will include further hard copies of Robocopout. I'm tremendously grateful for your support of my work and I'm keen to give something back along the way.

The next milestone reward is definitely going to be My Name Algernon - a work of interactive science fiction written for the same MA course as Ten Little Astronauts - which I'll be making available to supporters when the book reaches 25% funding. There's not far to go now!

I'm hoping to come up with some kind of list of what goodies I've got planned for when, but just now Christmas is coming and there's rather a lot going on. If you're looking for something festive to listen to, you might enjoy The Mucky Angel, which I recorded last year: it includes music by the Memphis Repertory Orchestra, which they very kindly gave me permission to use.

Since this is probably going to be my last update before Christmas, I'll take this opportunity to wish everybody a merry one, and while I'm at it I might as well throw in a Happy New Year. Whatever you're doing over the next week and a bit, I hope you have a really nice time!