If your pledge included one of the ten anodised aluminium necklaces, there's a good chance that it's now on its way to you! I've finished just over half of them - prioritising the ones that have a long way to travel - and hope to have the remaining handful ready before too long. 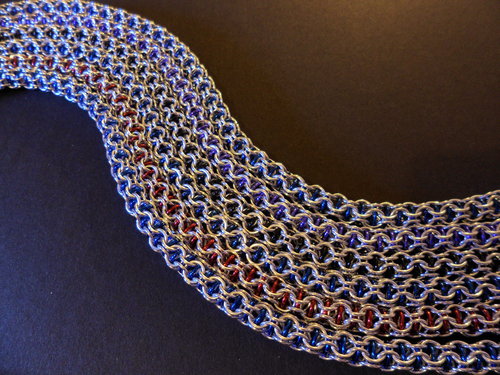 This is easily the largest batch of this particular design I've ever had finished at one time; usually I've only got one or two on hand. But because these are for a special occasion, I thought I'd add a little something to set them apart from the ones that have already made their way out into the world through craft fairs and as gifts. 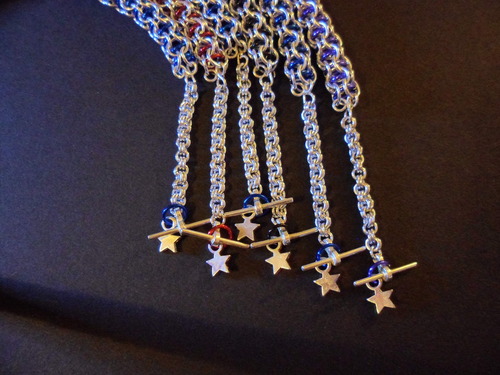 Each of the necklaces will feature a small star charm attached to the chain of the toggle clasp. This will be unique to these ten, so that they're recognisable as having been produced specifically for supporters of Ten Little Astronauts. A star seemed like an obvious choice, but there's another more subtle connection with the book as well... 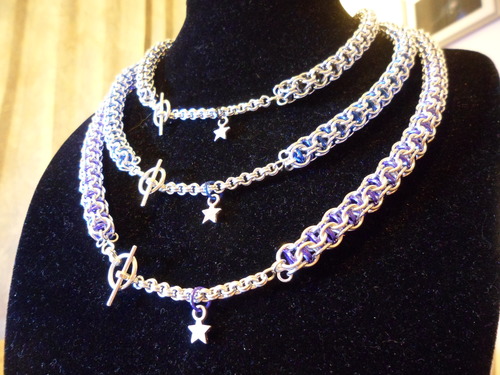 These are orbital links. While the anodised "captive" links are held in place solely by a tube of chain around them, the links used to attach the charms simply pass around the chain itself. I've used orbital links here primarily because it offered a method of attaching the charms that would allow them to dangle freely without ever getting tangled, but also because I find it amusing that the name is space-related.

So there you have it. If you pledged for one of these, it'll either be on its way to you now (by way of Unbound HQ) or due to be woven soon. If you didn't pledge for one of these, I hope you've still enjoyed the photos and the chainmail/astrodynamics pun.

With those charms, the necklaces look even more gorgeous! I can't wait to get mine!