The audio collection is now finished, and it has a name: Little Fake Record! Having decided to make the audio available on CD, I wanted to put together something really special and I think this does the job nicely. 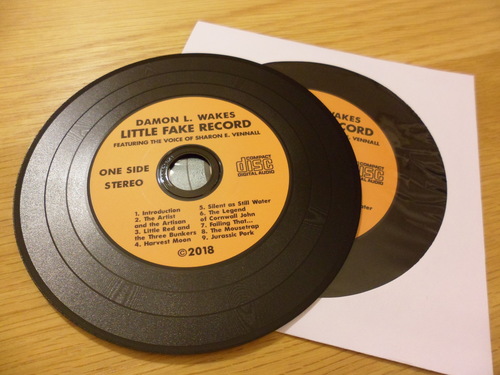 The CDs are made to resemble old vinyl records, right down to the grooves on the top surface. Those aren't printed on, they're enrgraved right into the disc itself. (Don't put these things in a record player, though: I can't imagine it would be good for the stylus and it definitely wouldn't do the CD any favours either.) I've gone to some lengths to mimic a common style of vinyl single, even sourcing paper wallets that look vaguely similar to record sleeves. This is the sort of look I was going for: 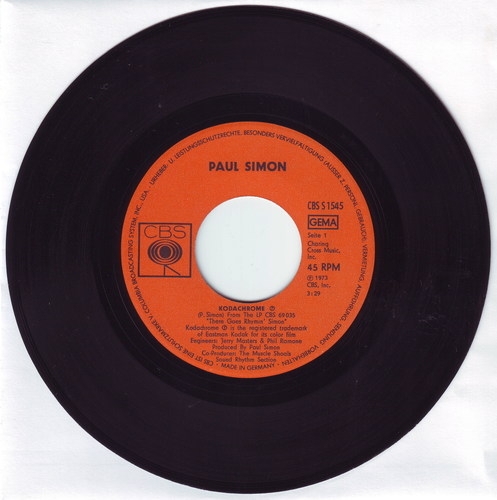 The collection itself is made up of nine tracks totalling more than 70 minutes of audio: as close to a CD's maximum capacity as I could get. Failing That... is already available online, as is Harvest Moon, but none of the other recordings have ever been heard before.

Of particular interest will be The Artist and the Artisan, which is currently not available in any form except this recording: the text itself has never been made public. It's a story that I've always felt worked better spoken than read, but (for reasons that will become apparent when you hear it) needed more than one narrator for best effect. This version was a collaboration with Sharon E. Vennall (who also read Harvest Moon and The Legend of Cornwall John), and was in fact the thing we'd been working on back when I wrote this update.

The recordings in this collection are the best I've ever put together, and I hope the CDs present them in the best possible light. They were produced by TechnoVisual Ltd., who were an enormous help in getting everything manufactured up to scratch and on time: they had the finished discs ready to send off on the same day my master copy reached them in the post. If you ever need a run of discs made, they're very much the people to do it.

If you're due to get Little Fake Record as part of the Digital Bundle, obviously it won't include the physical disc. However, I'll do my best to ensure that the downloadable version (which is probably the more practical option in this day and age) is as luxurious as possible. I'd certainly like to include cover art, for example, and WAVs as well as MP3s for anyone who wants to burn a disc of their own.