I've so far made very little use of the option to share posts only with supporters of the book, but this seems like a pretty good opportunity for one more: Ten Little Astronauts has a cover! 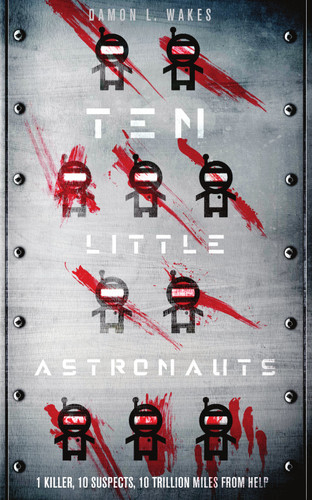 This has been in the works for a while - and it's looked fantastic every step of the way - but now that the book has gone to press(!) I can finally show it to you. It was created by Mecob, who are fantastic. You may well have come across their work already: they've done a whole series of covers for Iain Banks and for the UK edition of Barack Obama's memoir. Also The Secret Teacher, which I had a flip through while at the opening of October Books' new premises and am only just now realising was one of theirs!

I had some influence over this design, though not as much as you might think. Unbound sent over a questionnaire which offered the opportunity to provide a few words to describe the tone of the book - ominous, bleak, cold - as well as a section to list some existing covers that I personally like. 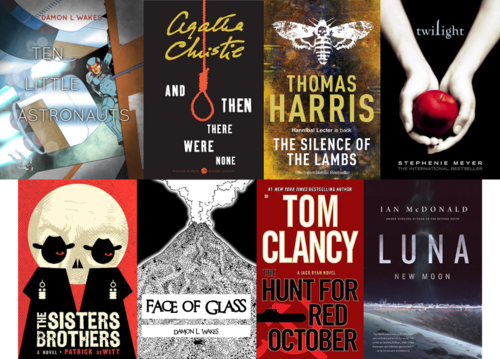 I know Twilight is very much the odd one out here in terms of genre, but the look I was hoping for was "Text and maybe one choice image on a simple background," and that book spawned a whole slew of titles using exactly that style of cover. It also felt strange to include things specifically produced for my stories, but Joe Wright's artwork (top left) does a good job of illustrating the setting, and I wanted something that would fit in next to Face of Glass (lower centre left) as the two books will undoubtedly appear next to each other in a lot of storefronts. I think the cover for Ten Little Astronauts manages all those things very well.

One other image I sent over may be familiar to fans of Alien: 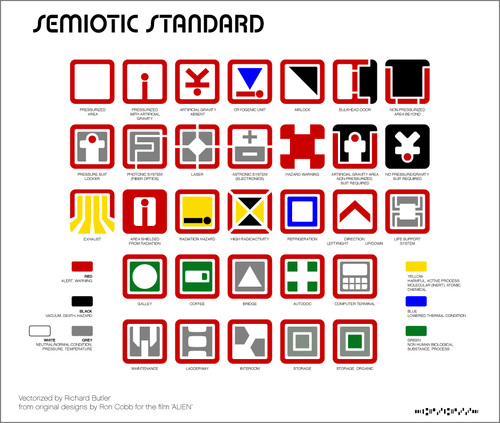 These symbols are dotted all around the USCSS Nostromo and hint at what lies behind the various doors on board the ship - even if they're never opened in the movie. To me, the sort of figures used to illustrate the need for pressurised suits or the absence of artificial gravity might be a good stand-in for the ten astronauts in the book. It also seemed to serve as a nice nod to And Then There Were None, in which Christie's characters are represented by figurines on a table (with one more removed after every murder).

I've been assured that this cover is marketable and will help give potential readers an impression of the book's genre and other boring salesy stuff like that, but even if that were no concern at all this is exactly what I would have gone for. I can't wait to see how it looks in print, and I hope that you're all just as happy with it as I am. There's not much longer to wait now!

That cover is awesome!