With two weeks left until the Christmas funding deadline, Ten Little Astronauts is closer to its original target than ever. However, time is tight, and and getting the rest of the way really depends on everyone who wants to make this book happen pulling together to get it there. If just half the people currently supporting it found a friend to do the same, we'd be at 93%.  It really wouldn't take much.

With that in mind, I've got a couple of ideas planned that I think will help drum up some extra interest and potentially net you a few extra rewards to say thanks. 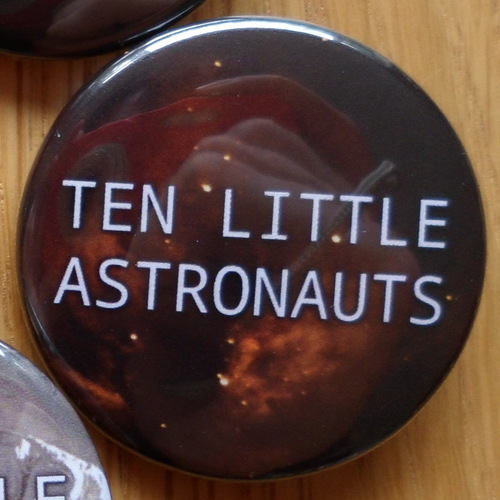 The badges will feature this image of the Flame Nebula (taken by Stephen Craig), and will be almost entirely exclusive to this reward: so far there are only a dozen or so out there, and those went to people I happened to bump into in and around the Winchester Writers' Festival.

If you'd like one of these and you're currently down for the Digital option, the simplest thing to do would be to upgrade to Paperback. If you've already pledged at the Paperback level or higher, try to encourage a friend to join you!

I had always planned to do another book draw for when we reach 225 supporters, but up until now I wasn't sure what to offer: there are already so many people behind Ten Little Astronauts that I've given away most of the books I've had a hand in already! This one, however, is new: 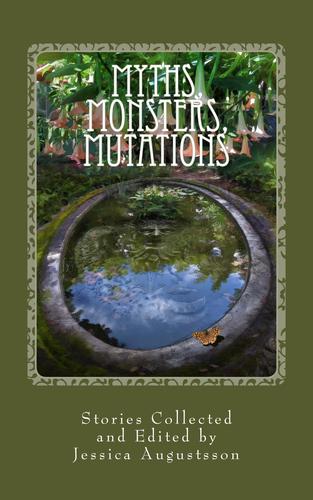 Myths, Monsters, Mutations is an anthology of monstrous fiction by JayHenge publishing. It features two of my own stories, "Demon in a Copper Case" and "The Gilded Swan," as well as the work of several other authors. As before, I'll be sending a paperback copy to one of the first 225 supporters at random. This would be another great reason to get your friends on board: if they're among the next 19 people to pledge, they'll be in with a chance of getting this book, and so will you!

This one's taken a while to get to you, but it's a biggie and I hope that makes up for it. Fetch was another story written as part of the same Creative Writing MA as Ten Little Astronauts itself. If you're supporting the book and currently signed in, you can read it right here.

It's looking as though this will be the last milestone reward I'll actually get out by the Chistmas deadline, purely because I'm already a little behind on these and at any rate of progress that sees Ten Little Astronauts reach its target, it would be absolutely impossible to keep up. However, I will still aim to provide a reward for each 5% progress until the crowdfunding campaign ends: you'll just get them a little later (same as the interactive sci-fi story I announced for the first 150 supporters).

There's lots going on in the final two weeks: if Ten Little Astronauts accumulates 100 Paperback pledges by Monday 18th, I'll be sending badges out as part of every non-digital reward level, and when we get to 225 supporters, I'll be holding a draw for a copy of Myths, Monsters, Mutations. As always, please do share this news with your friends. We've got two weeks to make that final 38%: it's all down to you!