Ten Little Astronauts has reached 175 supporters, and so I've picked another name from the hat to get a free bonus book. This time around, it's the first ever paperback copy of We All Saw It Coming: a prize that's so rare and exclusive it doesn't even exist yet! The stories appearing in this anthology are already written, but so far I haven't put together the complete book: just the cover. 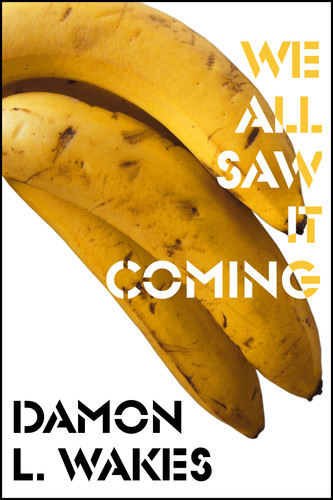 The winner this time around was Rob May. If that's you, please do get in touch through the comments below: I'll send you your book the very moment there's a copy to send.

I'll be running the next bok draw when Ten Little Astronauts reaches 200 supporters, and the book will be Unearthly Sleuths, an anthology of speculative detective fiction that includes two of my own stories, one of which has never been available anywhere else until now.

That story is Noise on the Wire, and I'll also be sending it out to all supporters when Ten Little Astronauts reaches 40% funding. Only one of the first 200 people will get the signed paperback of Unearthly Sleuths, but I figure that since the odds of winning any given book giveaway are now fairly slim, it would be nice to make sure nobody gets left out. Because of that, wherever possible I'll be aiming for some overlap between the book draws (which only one person can win) and the milestone rewards (which are available to everyone even if they put in their pledge after I first made them available through Unbound).

If you're a new supporter Ten Little Astronauts yourself and would like to see what rewards are already floating around out there, here's the list as it stands now:

Naturally there'll be more to come, so please do tell your friends about Ten Little Astronauts. If everybody got just one more person to put in a pledge, we'd be 75% of the way towards publication overnight!