It's time once again to send one lucky someone a free bonus book! Ten Little Astronauts has reached 125 supporters, and this time around the reward is Kicking and Screaming, an anthology by A.T Douglas. This book includes (among many other excellent short stories) "Harvest Moon," a folk horror story that's most easily compared to The Wicker Man but isn't really all that similar overall. I struggle to categorise it and I wrote the thing! 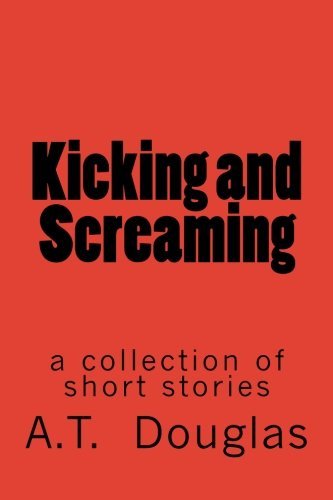 The winner of the draw this time around is Lynn Sheil, but everyone will get a chance to read "Harvest Moon" as I'll be releasing it as a bonus reward on this very site the moment Ten Little Astronauts reaches the 30% mark. There's not far to go, so tell your friends! On top of that, it'll be accompanied by a brand new audio version not available anywhere else.

Things are moving along nicely with Ten Little Astronauts, and I've already got plans for a reward once it reaches 150 supporters. Unlike the draw I held at 100 and this one at 125, which offered a chance at a book for just one person, this will be a reward for all 150 people on board at that point.

Currently, my plan is to write an interactive story (similar to My Name Algernon, though likely much lighter in tone) with all the supporters up to that point as the crew of a very large spacecraft. Everyone will get a mention, as well as a new work to enjoy. I'll likely return to the book giveaways after that - perhaps at 175 supporters - but in the meantime this seems like something different and interesting, as well as a way of doing something to say thanks to everyone who's helped my work get this far!

Just now there are still 25 places left for this next reward, so if there's anyone else you'd like to see get a mention, please do let them know. They - like everyone else who's helped Ten Little Astronauts make it into print - will also get their name in the back of the book itself. I look forward to seeing you all there!