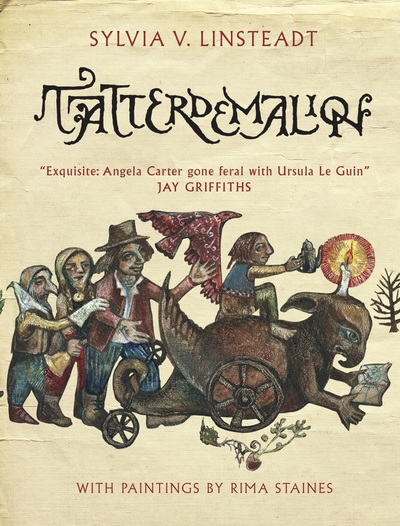 Fiction
You made Tatterdemalion a reality. It's available in all good book stores now.
$8
83 pledges

An ebook edition of the book.
Buy now

A special edition hardback and Wild Folk Herbal Salve, made with a surprise blend of leaves, roots & stones gathered from the landscapes of Tatterdemalion, and your name in the back of the book. Only 25 available.
$50  + shipping
25 pledges

A special edition hardback and Forest Campfire Tea (Russian caravan black tea blended with boreal chaga mushroom, bishop pine tips, and California poppy petals inspired by the landscapes of Tatterdemalion) and your name in the back of the book. Only 25 available
$55  + shipping
94 pledges

A signed hardback edition and the ebook.
$60  + shipping
36 pledges

Two copies of the special edition hardback, ebook edition and two names in the back of the book
$120  + shipping
11 pledges

Three of Sylvia's Gray Fox Epistle stories, wax-sealed and delivered to you, plus signed hardback and the ebook edition Only 15 available
$150  + shipping
18 pledges

An original A4 print from Tatterdemalion, signed by Rima plus signed hardback and the ebook edition (Only 20 available)
$225  + shipping
8 pledges

A day of animal tracking and myth-making in an exclusive class with Sylvia in the Point Reyes National Seashore, California plus a hardback book and the ebook edition Only 12 available, travel not included
$280  + shipping
5 pledges

Two tickets to an exclusive launch party and evening of performance & merriment in Point Reyes, California, USA plus everything up to the signed hardback level (Only 12 available, travel not included)
$450  + shipping
7 pledges

Two tickets to an exclusive Tatterdemalion launch party and performance with Rima's Hedgespoken Travelling Theatre in England, plus everything up to the hardback level Only 20 available, travel not included - Date and location TBC, UK)
$3,000  + shipping

You or your institution's name to be printed at the front of the book, thanking you for your special donation plus a leather-bound special edition of the book and the ebook edition

‘Exquisite: Angela Carter gone feral with Ursula le Guin. It is like a folk tale, but seen in its tattered shreds, glimpsed, but then utterly realised in language. It makes me glow; it makes my fur rise.'
- Jay Griffiths

In a ruined world, what survives are the tales we tell.

Tatterdemalion is a post-apocalyptic novel rooted deep in the folkloric traditions of Old Europe, and set in a wildly re-imagined Northern California. It begins when the boy Poppy, who speaks the languages of wild things, goes east to the mountains with the wheeled and elephantine beast named Lyoobov. He is seeking answers to the mysteries of his birth, and the origins of a fallen world. Up in the glacial peaks, among a strange, mountainous people, a Juniper Tree takes Poppy deep into her roots and shows him the true stories of the people who made his world, people he thought were only myths.

Their tales span centuries, from three hundred years in the future all the way back to our present day. There, two disillusioned artists named Rose and Ash dream the beast Lyoobov up out of the very earth and watch him become a living vehicle of revolt. After them come waves of revolution, and the women, men and children who witness the Fall of the world: Margaret, who tells the story of Before from a cloister in the shattered city; Wheel, who dances as the Fool for one of the totalitarian Camps after the Fall, and her escape to the treetops; Anja, Wheel’s daughter, whose birth heralds a new era, the era of the Wild Folk, guardians of all the wild places and beings of the world that have been too long abused by human need; and the tale-telling wanderers called Bells, Perches, and Boots who carry Anja’s story far and near through the broken land.

It is through the mysterious history of Anja that Poppy begins to weave a wholeness out of all of these pieces, and to understand the story of his own past, and his place in the present. Transformation always starts, after all, with a band of outcasts, but we only know it in hindsight. 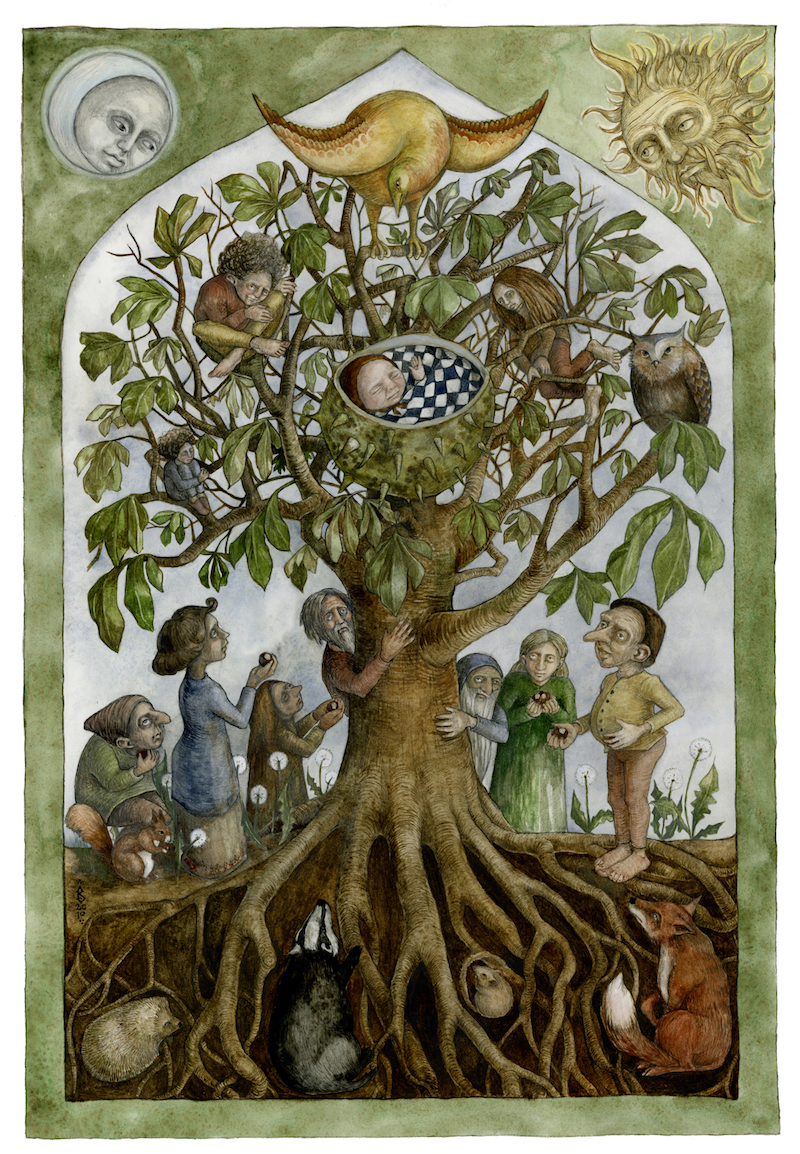 What makes this novel unique is that it’s a collaboration between myself and the extraordinary painter, Rima Staines. Instead of starting with the text, as illustrated books usually do, this novel began with the pictures. The set of fourteen paintings in Tatterdemalion spans almost as many years in Rima’s life as an artist, the earliest of which she painted when she was just eighteen. The stories in the book emerged from the paintings as I wrote, each image a doorway into a world at once familiar and strange, a world that Rima and I both seem to have accessed, albeit through different rabbit holes. Writing in this way, with paintings as doorways, allowed me to create stories from a very deep and primordial place. The result is a creation that invites each reader on a journey, a total immersion into a realm of feral, but ultimately redemptive, myth.