With just 5 days to go until its live finale, the online Auction of Promises has produced a fantastically generous range of promises so far and over £700 in bids. I'm optimistic that with your support we will achieve our £2,000 target, which will make a big dent in the amount still  to raise for Parkinson's & the Tango Effect.

My public profile has never been higher. Thanks again to the Cresset group whose very excellent press release has continued to produce the goods: most recently a brief appearance on BBC Radio Cambridgeshire's 'Wellbeing Wednesday' slot with morning show host Chris Mann and an article on its way in Dancing Times. My 30-second selfvi (above) was also featured on ARU's twitter feed. I've been approached by an ITV researcher interested in a feature on tango and Parkinson's and by The Guardian about a video project on the importance of dance in people's lives and last week I was the guest at a literary lunch at the Old Bull Inn, Royston, organised by the charity Home-Start. In conversation with poet-in-residence Jude Simpson, I found an immensely warm and receptive audience keen to share my Parkinson's & tango story.

So what's not working? Perhaps I'm simply too squeamish for the hard sell! Do I need to ask more directly or widen my scope? The 'Gran Baile' pledge has had no takers yet, although we're geared up and ready to go and I'm still on the look-out for that elusive single Patron, whose contribution would make all the difference. I have Cold Play ringing in my ears: 'Nobody said it was easy/No one ever said it would be this hard' and to be honest I'm flagging.

BUT I'm not a quitter! I'm in extreme baking mode for this coming weekend's GRAND GARDEN SPECTACULAR: A TALE OF TWO GARDENS, hoping for a seriously grand celebration of dance, music and writing. Please come. Bring your friends and family, bring a picnic, bring your dancing shoes. And, once that other final is out of the way, there's the serious business of the Auction's live finale. I'm sure that together we can do this. A masssive thank you to you all for your support so far and now a Call to Action: do please continue to share the Unbound campaign page on social media and/or with anyone you think might just be interested - you can help to bring the book to the attention of a new wider audience and see it well and truly on the way to publication at last. Let's kick that irksome 63% right off the field and out of the stadium and go for goal. 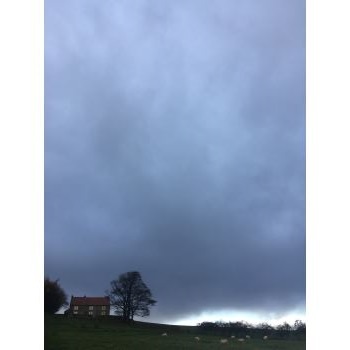 Auction of Promises: Promise No. 9 Rosedale