'LIFE HAPPENS' - the podcast - is now available to listen here!

Doesn't it, though - happen (life, I mean)? I've lost track of the number of weeks I've been more or less obediently 'shielding' despite not feeling especially at risk but I've become used to the sense that someone else is pulling my strings. So the news that from next month I'm to become responsible for my own health and well-being again is disconcerting. Of course I have been very fortunate in that the virus hasn’t reached me personally. Just how fortunate was brought home to me recently via a BBC radio podcast featuring poet Michael Rosen whose experience of Covid-19 included almost seven weeks in intensive care in an induced coma. His vivid if fragmentary memories touched me in a way that many such stories have failed to do. Asked if he thought the experience would change things for him beyond the physical, he spoke of the reminder that life is ‘very impermanent, but it’s what we have. But there’s a vulnerability about it and that’s part of life – it’s not separate from life.’

The precarious nature of our lives was highlighted for me yesterday with the news of the deaths of two good friends with whom I’d lost touch. One, another Kate, was a friend from my days in Cumbria: though neither of us was local, our sons grew up together. On Valentine’s Day this year a friend sent me a video of Kate in which she spoke about the diagnosis of terminal cancer and her lifelong wish to write a song. ‘Life is Sweet’ was recorded in time for Christmas by her friend Nigel Stonier, who in turn has written a song for Kate expressing her conviction that she will live on in her children and their children. In the video, she seems just like the old Kate. It's intensely personal but at the same time she chose to share it publicly; I suppose this was Kate’s way of facing the end of life so I think she would have been happy for me to include it here. The second death was that a friend (pictured below) from ten years earlier, who was born in the same hospital as I was a few years before me. Unlike me he remained true to his Wigan roots and was something of a local hero in the sporting field by the time my wanderings took me northwards again and our paths crossed as schoolteachers. My sadness is as much I think regret for the loss of contact as for their passing.

Closer to home, I’ve been struggling with precariousness in the physical sense: the problem of ‘freezing’ is common in Parkinson’s and is definitely becoming trickier to manage, threatening to topple me twenty or thirty times a day. With no tango for the foreseeable future, there’s no help there. I practise for half an hour most days in a long-distance collaboration with a friend but it’s more like an exercise in wobbling than dancing so I’m enormously grateful to Tango DJ Dag Stenvoll from Bergen and Norwich’s own music expert Michael Lavocah for a wonderful resource: for two hours on a Wednesday evening on Zoom, Tango by Year explores music recorded in a particular year, for something in the region of 200 listeners. The coming week also sees the welcome start of online classes under the Dance with Parkinson’s banner hosted by Danielle Teale and Jaka Skapin.

As regards new writing, I have disappointingly little to show for all these weeks of lockdown. However, I have been busy editing: my first novel, in response to Clara’s insistence, made it into a competition and is waiting to do the rounds of agents. I’ve also dusted off Writing the Garden, the collection I wrote while writer in residence at the Botanic Garden in Cambridge and am hoping to persuade an artist friend to illustrate the stories. And I have an inkling that there might at last be something stirring; not inspiration exactly but the promise of something.

Meanwhile, shortly after The Tango Effect was published, I recorded a short piece for ‘Life Happens’, a mental fitness podcast hosted by the mental wellbeing team 87%. which is now live and available to listen to here. I’ve also been asked to record extracts from The Tango Effect for the Foundation for Community Dance’s Living Well with Parkinson’s programme – details to follow. Finally, a very big thank you to all those readers who have taken the time to contact me with their responses to the book. Since the celebrations planned for the book launch were cancelled, the enforced silence of the lockdown has been unnerving. So if you haven’t yet been in touch with your feedback, I’d love to hear from you! 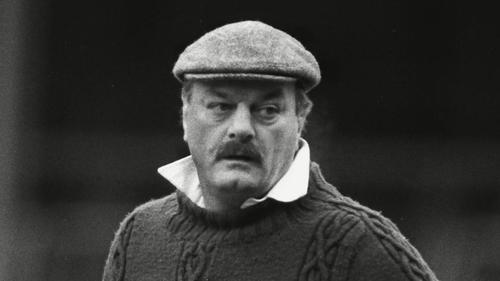