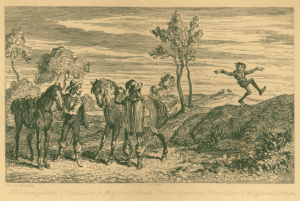 BY TOUTATIS! Is it Folklore Thursday again already? Gods almighty...

Ferretting out a God-themed tale from our 77 British stories is a taller order than you might think. Probably our most theological tale of all, LONG MEG AND HER DAUGHTERS, is not only all about how we don't need gods or religion, but it's also... well, already been blogged about. Obviously. The thing is, unlike Norse, Greek and Roman myths, and cultures in many other corners of the planet, Britain has much less to offer in terms of home-grown God mythology.

This is largely down to the frankly DAFFY trait of the pre-Roman denizens of this island, of not seeing the value of properly recording their culture for generations to come (or maybe this is unfair – perhaps they did finally work out the necessity of coming up with something a bit neater than the odd spot of ogham notching – and yeah, we know ogham was later – but then the Romans destroyed all the evidence). Despite a tangle of silly names which have survived, usually quoted verbatim from The Wicker Man – 'Nuada, god of the sun' and so forth – we don't know a lot about the gods who ruled the lives of the people of Britain from 55AD and beyond. Like so much of this stuff, it's impossible to tell what is genuinely ancient, and what is the babbling of Victorian antiquarians. 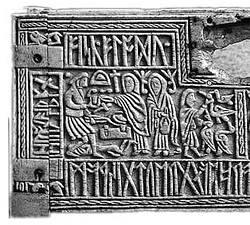 But due to the English coming over and ransacking the place centuries later, we do have plenty of poached Norse mythology on our land. And besides, it's quite possible that whatever British gods we once had corresponded easily with counterparts in Norse, Greek and Roman myths – Odin/Zeus/Jupiter – and so it matters less than it might seem who we once worshipped. Certainly it was usual for Romans to ally local gods with Roman equivalents: these words are being tapped out right now in Bath, the Roman city of Sulis/Minerva, for instance.

But anyway, the one remaining glaring God-type-person in our book is the Norse beefcake WAYLAND THE SMITH! 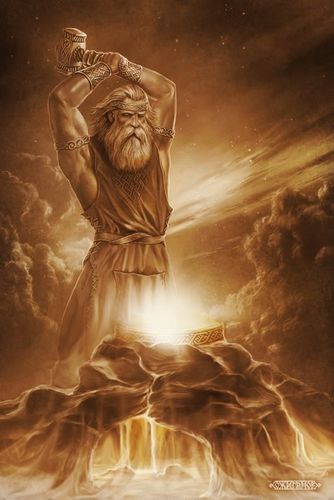 Specifically, a corner of Oxfordshire known as Wayland's Smithy provided our funny little narrative of the brawny Norse hero, and his annoying little immortal apprentice Flibbertigibbet – the flighty one famously mentioned by Edgar in King Lear, and Julie Andrews in The Sound Of Music. It's a simple tale, with the exasperated Wayland trying to sort out his work experience minor immortal, but we think it will raise many a guffaw when the book finally hits shops later this year. 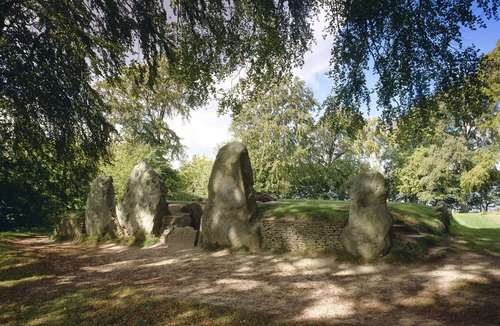 It's definitely set in a pretty corner of England. Four thousand years before the Saxons came along, dragging their own gods kicking and screaming over to their newly plundered land, Britons of some description began building a mighty tomb in the spot which has become known as WAYLAND'S SMITHY. This south-west corner of the county as we now know it was richly peopled, and richly stamped with habitation and sites of ceremony, going back many millennia –also, the Uffington White Horse (you know, the one that looks like a cat drawn by a three-year-old) is not far away, so there's plenty to see on a sunny Sunday afternoon.

Horses are a crucial part of Wayland's legend, as a forger of those good-luck-festooned items of ironmongery, horseshoes. Moreover, Flibbertigibbet's adolescent failure to go and find the right nails for a big horseshoe order for the exiled Wayland is what leads to his downfall, and the elder, greater god's revenge on his apprentice, pinning him to the ground with a standing stone which makes the young ne'er-do-well bawl his eyes out – hence the name given to that spot today, Snivelling Corner. 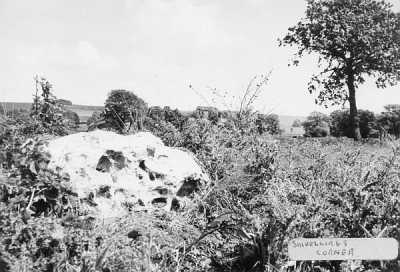 Sadly, there's not much to see there now, thanks to the actions of centuries of farmers whose attitude to the big weird stones on their land would make any Time Team fan weep harder than Flibbertigibbet (it's not always Romans who are to blame for lost British heritage).

Yet we do still have the legend that if you come to Wayland's Smithy with an open heart, an adventurous mind, and perhaps a bottle of gin, you can still call on the immortal blacksmith to be up for a transaction. Leave your horse – yes, your horse, which you naturally will have brought with you – tied to this spot, and leave a coin or two conspicuously on the side, and after a reasonable wait (so the legend runs, but perhaps they meant 300 years), you will find the money gone and the horse newly shod. This has been found to be true on a staggering 0 occasions in 12 centuries. Nevertheless, it's still fun to test the theory. If your horse is up for it. 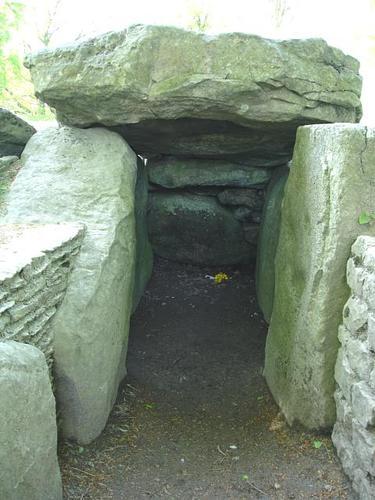 Alas, this is the only bit of silliness from Valhalla which graces our Tales of Britain. And although he gave us a very kind prod for our campaign late last year, we tragically left our copy of Neil Gaiman's wonderful collection of Norse God myths on a train only two-thirds ravished, so for all we know this self-same tale may be in there – and we're not keen on competing with Neil Himself. Nonetheless, if all goes well, and this book is just the beginning of a whole new line in 21st century folklore publications, we may sniff out many more Saxon Gods hiding out there in Britain's highways, byways and any-which-ways, all waiting to put in an appearance in the next volume...

Pledge today if you haven't, and the Gods will smile upon you! 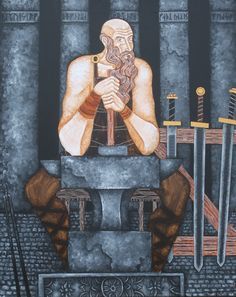