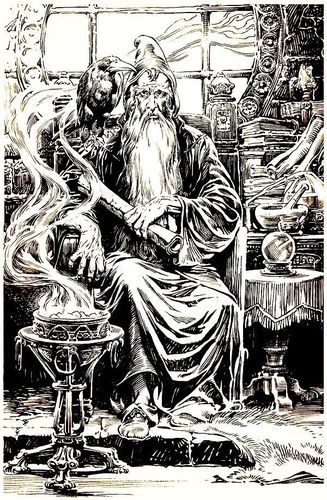 First of all, please do forgive the plug, but this is our last chance to alert you to our show for the Bath Folk Festival on Saturday – the very first item in the whole festival indeed, at St. James Wine Vaults, Bath at 3pm! Bernard is performing solo, with Sister Sal up in Edinburgh, and so it's a whole hour of REQUESTS! Yes, with a point at the map, any of our 77 stories – nay, 80, including new retellings – will be performed for you, and you pay whatever you like! It is of course entirely family friendly (followed by a more adults-only comedy music show an hour later). Really hope to see you there for some storytelling magic... 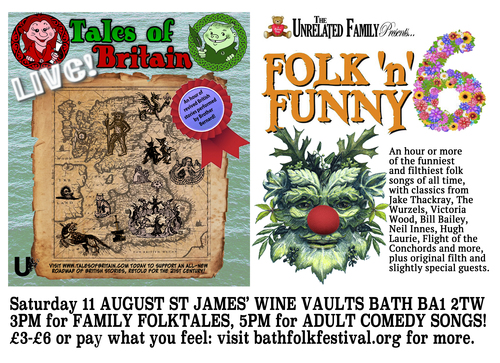 And returning to magic, we're simply spoiled for choice when it comes to magic-makers throughout our 77 stories – we've already covered Conjuring Minterne in this blog, and were very tempted to go with The Great Gormula, the best of all the many Scottish witches, but instead, we've gone to the very tip-top of the legendary fame charts, and the wizard known as Merlin – or if you prefer, Myrddin Emrys. 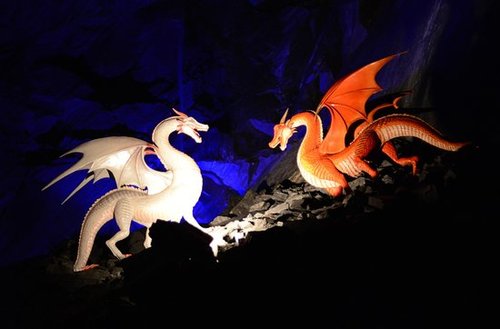 This image ©King Arthur's Labyrinth in Machynlleth, which we only just found out about, and NEED to visit, and wish we'd been able to recommend in the book! Volume 2, definitely.

Of course, this particular Merlin – a native of Snowdonia, hence the name connected to the hillfort at Dinas Emrys – crops up time and again in our country's lore, and he's more usually seen in our book as the tall, elderly and wise Merlin, teacher of King Arthur. But his introduction, set at Dinas Emrys, is surely one of the most important stories of our 77, being one of the few legends which directly comments on the history – and future – of the United Kingdom. 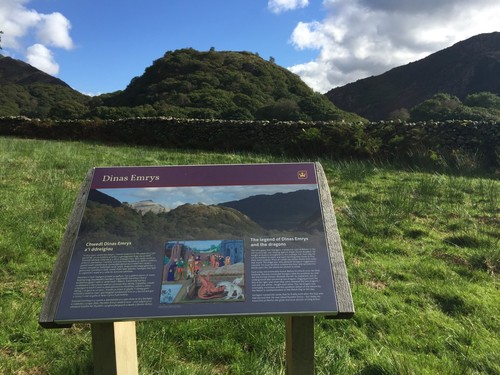 It's such a famous tale, this origin story for Britain's greatest wizard, that it would probably seem patronising to summarise it, but as you know, crappy old King Vortigern was failing to build a castle in North Wales, and this young wise guy Merlin – believed to be half-demon – was sent for as a sacrifice to somehow make the construction process smoother, but instead revealed the true reason for the failed building – two wyrms or dragons in the foundations, one red dragon (who arrived on the island first) and a white interloper.

There's a great origin story to these dragons too, involving the pre-Roman figure of King Llud Llaw Eraint, which is tempting to write up for a second volume of TALES OF BRITAIN, but suffice to say, for this tale, the red symbolises the British (eventually re-labelled 'Welsh' by the invaders), and the white stands for the Saxon interlopers (soon to masquerade under the title 'English') and their eternal struggle is still with us, to this day.

There's no word on whether there was also a rock-hard blue dragon who joined in the scrap and gave the white wyrm a good nutting, but Scotland aside, this allegory of Anglo-Welsh relations remains a stirring tale, and one we could never have left out. 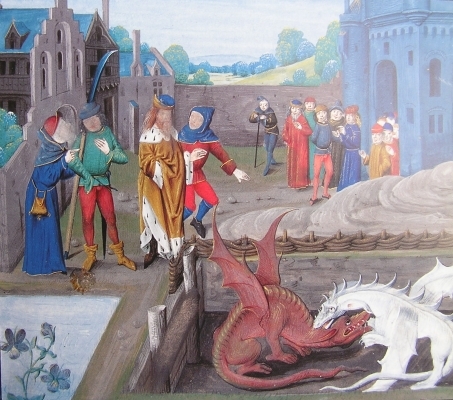 With three other tale locations within walking distance at Beddgelert and Lake Bala, site of Tegid Foel's drowned city and the birthplace of the bard Taliesin, Dinas Emrys constitutes one of the greatest tourism no-brainers in our book, no matter how far from historical the story is – and the site was already settled in the Iron Age, centuries before Vortigern – generations of visitors have plotted out the exact site of the castle, and where the dragon scrap was taking place, and it's almost impossible to visit without shivers.

A historical Merlin is of course even more debatable, but knowing what we do about the few possibly real shamans of that name in British prehistory, our book sees the name 'Merlin' as a kind of dynasty, so the wizard isn't like Batman, with different men taking on the mantle in different centuries, it's just a family boasting numerous ranting madmen and supposed seers, and the most famous magician of all in the bloodline, our Merlin, is this clever Emrys lad, born in Carmarthen, and eventually relocating to Cornwall to steer the chosen King of the Britons to greatness. 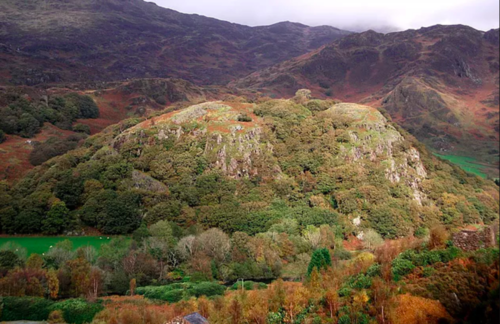 There are many more Merlin tales we could revisit, and we hope we do, but this is his starring role in our book, and we can't wait to share our take on it with you.

Incidentally, a Google search for "young merlin" also reminded us of this, pictured below, the greatest SNES game not to feature Mario or Dizzy. If you have an emulator to hand, try 'Young Merlin', and even over 25 years later, it's still entrancing. And bloody difficult. 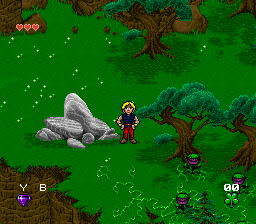