Blow, winds, and crack your cheeks – or indeed, enjoy the lovely sunshine this solstice, ye folktale-pledgers! 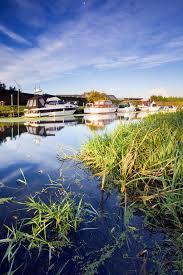 This here is the Ancholme valley in eastern England – or at least, a particularly pretty bit of it, the result of centuries of drying out the biggy land and finding ways to live and capitalise on every square foot, despite the area's natural sogginess. There's a very particular piece of folklore in this bit of the country which concerns this sogginess – drought, and rain. But the problem for us was, The Tiddy Mun legend didn't quite amount to a 'folkTALE'...

This was particularly irksome, because this area of Britain – Lincolnshire, Cambridgeshire, the fens generally, was a very stubborn bit of the map to pop a pin into, when it comes to original folktales with a beginning, a middle and an end. This was particularly annoying, as Cambridge's Museum of Folklore was not far away, and we wanted to mention it for an afternoon's exploration – the area is famed for its storytelling, with medals being struck for the person who told 'the most improbable tale' (a fascinating challenge coming from the city where Douglas Adams was born).

Having written official biographies of Adams and Fry & Laurie, this area of east England is one I've had great pleasure in exploring, but just couldn't find a fenland STORY to retell which wasn't a mash-up of at least half a dozen stories we already had! Our 77 folktales are all distinct – yes, even the several which are about dragon slayings – and that means sifting through hundreds of repeated or unoriginal narratives, to settle on one worth telling anew.

Now, some Anglo-Saxons reading this may be yelling "WHAT ABOUT THIS STORY?" to which the reply would be, don't yell at the screen, it looks weird, and you should instead email or tweet us with details, and hopefully a further volume will allow us to rectify the absence of the folktale in question. But for now... 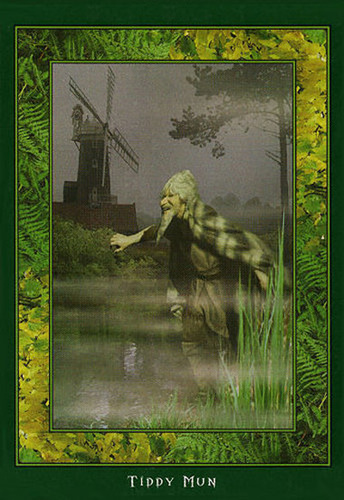 Taken from the Hypnogoria blog.

'The Tiddy Mun' – nothing to do with Ken Dodd – is an interesting addition to our 77, as there really isn't much of a story to tell you – in fact, it brings up the very tricky subject of folkLORE versus folkTALES. One of the reasons this book, and blog, and campaign exists at all, is because there are so many collections of LORE, but really no book which gave you an anthology of well-told TALES to enjoy, and share. While learning that virgins in Wolverhampton are told to put bacon rind in their shoe on Maundy Thursday to find out who their second husband would be is of course FASCINATING, it's entertaining yarns that we collect.

But we felt there was just enough meat on the bones of Lincolnshire's Tiddy Mun myth to hang a narrative on – and even better, a historical context in which to set it. The area, you see, was expertly drained by Dutch builders, sent over to reclaim land in the time of Charles I, and folk history tells us that their efforts were so good, a hot summer led to the worst drought anyone in the area had ever seen! And so, the British equivalent of a rain dance was required, anything to save the dry and cracked land and the people who lived off it. The Tiddy Mun were mysterious creatures, water sprites who dwelt in the fenland mists making sound like the peewit, or lapwing... and they were rightly very very peed off with what had been done to their moist home. 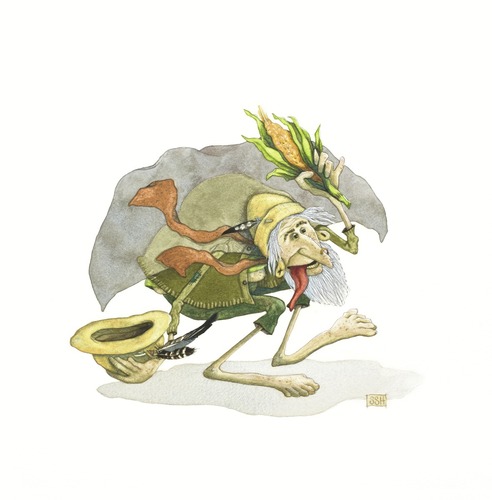 And so, the folklore runs that a certain rhyme, containing the words "TIDDY MUN WITHOUT A NAME, THE WEATHER'S THRUFF..." had to be intoned, while a water sacrifice was poured into the muddy riverbanks, and only then would the appeased little people allow the water levels to rise again, and rain to fall from the clear blue skies. And incredibly – or rather, improbably – it worked! The rains returned, and the Tiddy Mun could be heard going about their business. And that sound definitely wasn't actual lapwings at all. No, of course not.

So, with the addition of a few local characters, we eventually found we had a tale to tell - and we placed it in the market town of Brigg, where the river Ancholme forks.

This need to extrapolate a narrative from lore was a rare occurence, with so many stories to squeeze into the book, but we felt every bit of the map had to have an even array of tales, so every child in the UK had a story within reasonable distance of where they live, and now we do. Although ironically, the other sparsest expanse is of course Northern Scotland, where population is thinner and fewer tales have come down to us – ironically because this is also the home of Britain's other folklore museum!

With all this hard work done, development of the book is still going on, but as we keep saying, we need to keep swelling our ranks to have plenty of support for the best book possible – so wahetever the weather, please do pledge if you haven't, or get someone else to if you have! 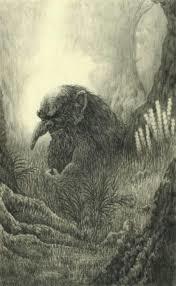