'Creature Lore' is a wide open goal for Tales of Britain – we're well stocked with so many flavours of little people, from mystical faeries to the 'duergar' of the Scottish borders, and then there's a whole menagerie of vicious scaly things, not just worms and dragons but the Saffron Cockatrice and many more, and there are trolls, and banshees, and shape-shifters... but then there are the giants. Oh, so many giants.

As William Blake himself would have told you (he loved musing about Britain's origins, one of his descendents of Albion is pictured below), no mythical creature is more central to the British story than the mighty giant. Indeed, as we told you in our Brutus blog, it's long been believed that these titanic offspring of Queen Albion were the original inhabitants of this island, back when Doggerland was only freshly wet, and the island was newly minted.

There are unquestionably more tales in our collection of 77 from each corner of the island concerning giants than any other creature you care to mention – except for humans, at least. We've told you about the kind giant on the Isle of Lewis, while of course Jack and his adversaries are the most famous, and there are several more humungous natives hiding within this book, which we're desperate to get into your hands... but today, we're going with the first giant we ever knew about – the creator of The Wrekin hill in Shropshire. 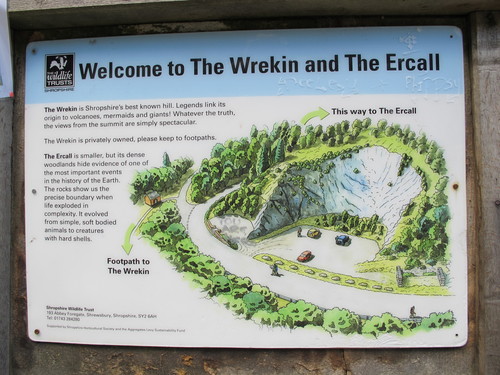 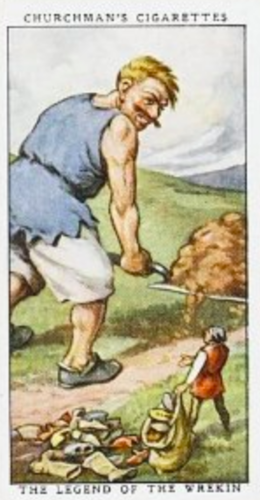 As a Shropshire Lad, this is one of the only stories in our collection which your author was told from infancy, and knew well long before the idea of writing a book like this could ever have seemed possible – memories of Mum pointing out the hills and unfolding a silly stories of scuffed shoes and soily soles. There's something about seeing a grand piece of the landscape, and hearing crazy old-female-spouse's tales about how it came to be, which has always thrilled me to the atom.

And one thing Shropshire does very well indeed, is hills. In my native south Shropshire, it's the Clee Hills which dominate the country all around (and Titterstone Clee Hill has inspired one original story of my own), plus AE Housman/Dennis Potter's Blue Remembered Hills, and the Long Mynd, are all part of the terrain. However, in north Shropshire, The Wrekin has long inspired folk for miles about – and even ended up putting in the odd appearance in the work of PG Wodehouse, whose family moved to Shropshire at a very crucial time for young Plum. His school stories, set in the area, were based at a school called Wrykin, where Psmith met Mike.

Anyway, without wishing to delve right into the narrative – we're confident you'll love the way we've retold it – the hill's origin story involves a HUGE AND VERY STUPID GIANT (which we've called Reeky) and a small and very clever cobbler from Wellington (who we've called Urkle). The former's plan to drown the people of Shrewsbury by damming the Severn is foiled in a shoe-related way which fellow Salopians may already know well, and the resultant mounds of earth have given us The Wrekin and The Ercall to explore on a sunny Sunday afternoon.

As the cigarette card above attests, it's one of the more celebrated giant legends of Britain, and one on which we're proud to have put our own stamp! 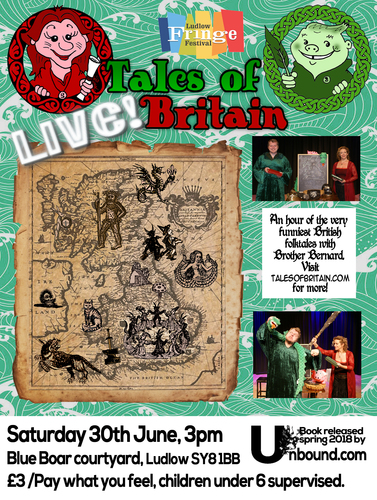 If there are any Salopians – or west midlands/Welsh border folk generally – reading this, by the way, do come and see our one-man show for the Ludlow Fringe on Saturday 30th June at The Blue Boar! Brother Bernard will be back booming some fresh tales – and though 'The Giant Who Wanted To Drown Shrewsbury' went down very well last year, we're tempted to mix things up with some different stories this time. If we pick a giant-based story, the antics of the evil giants of Stokesay Castle may be closer to home... 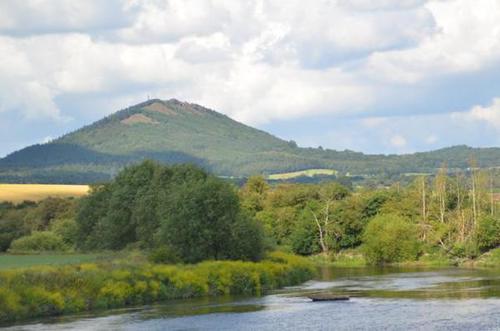