The Wizards Of Radio 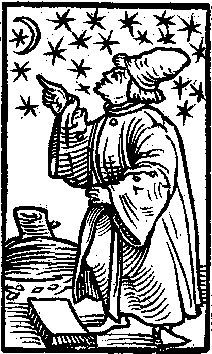 A magickal – with a K – Folklore Thursday to all our lovely pledgers! We're now into the middle third of crowdfunding, and we hope that one or two big announcements in the offing will give us a leg-up to the next level, but until then, please do keep spreading the word, and if you haven't yet pre-ordered a copy of this all-new roadmap of British stories, choose an option from the list on the right!

Ordinarily in these weekly epistles we include an audio recording from BBC Radio Bristol of Brother Bernard performing a tale, but there's so much great folkloric entertainment currently on the BBC Radio iPlayer, we thought we'd mention those instead.

First of all, there's the star-studded retelling of the Arthurian cycle in ARTHUR: THE SWORD OF THE KING with Ben Whishaw as Arthur and Ian McDiarmid as Merlin. It plays very fast and rather loose with the lore, but should not be missed by any lover of British myths!

However, our second recommendation brings us to this week's tale – the classic 1989 adaptation of Alan Garner's WEIRD STONE OF BRISINGAMEN is getting a very well-deserved repeat on 4xtra, and one of the very first tales we retold, all those years ago, was Garner's inspiration, THE WIZARD OF ALDERLEY EDGE! 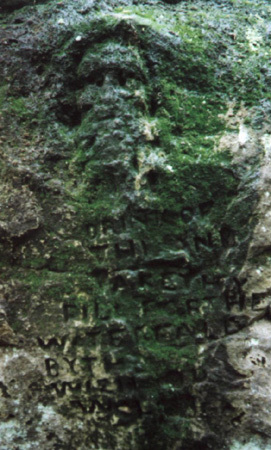 Here's the wizard himself, carved into the rock in the exact spot where it all happened all those eons ago! It's well worth travelling to this land of billionaire footballers to have a voyage of discovery around Alderley Edge, and try to find the crack in the stones that led to the magician's underground cave, where an ancient army await their call to return to the Land Of Men And Women, and start murdering things! 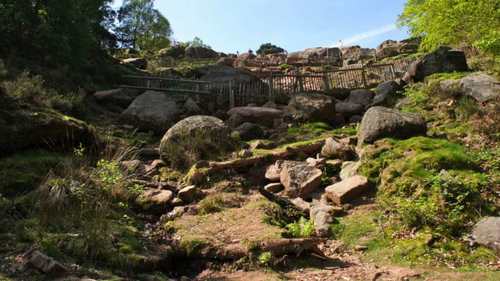 The reason this was one of our earliest tales is because a friend who lives in Cheshire was expecting their first little one, and so of course we promised to create a book specially for them, with their local legend retold, and illustrations!

The video above is a wee record of the book we created for young Theo Fury, but don't worry – the actual Tales of Britain illustrations will be endlessly more professional, this version was for a private christening present only! Thankfully it seems friends and family have now run out of procreation steam for a good while, as we're so busy trying to get Tales of Britain funded we don't think we'd have time to make another one of these any time soon...

Alan Garner of course built a very different tale on the foundations of The Wizard of Alderley Edge, but as one of the true golden names in British folklore-inspired literature, every tale we tell feels in some way inspired by Garner's goose-pimple-creating works, and you should tune in to the radio version while it's still up online.

But not before you pledge – or get a friend to pledge – for our 77 retold tales! 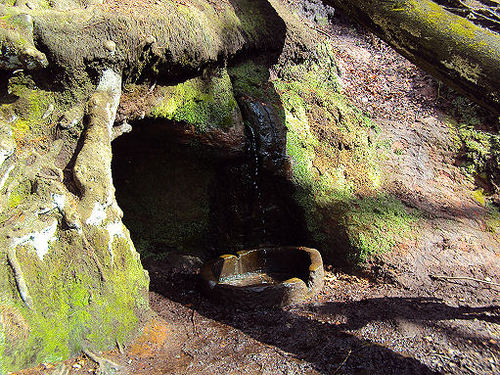