The Three Bears: Hold The Goldilocks!

Good gracious and merry Folklore Thursday to all TOB-backers! We reached the coveted 150% funded level, hooray! If you've not taken the plunge yet, maybe today you can push our campaign even further, because the more budget we raise, the smoother the book's journey to your hands will be! 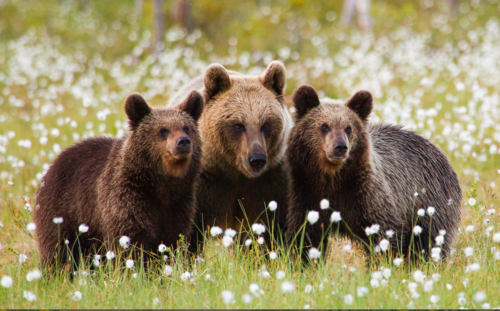 Today's theme of Nature and Wildlife rather poleaxed us – it could almost comprise any of our 77 tales, or none of them. But the wildlife of Britain is central to one of the most famous stories ever to be remembered from around our nation's fireplaces, and so today's tale is THE THREE BEARS!

No Goldilocks? Well, naturally not, she was a disturbingly misogynistic addition much later on, from those famously woman-hating Victorians. 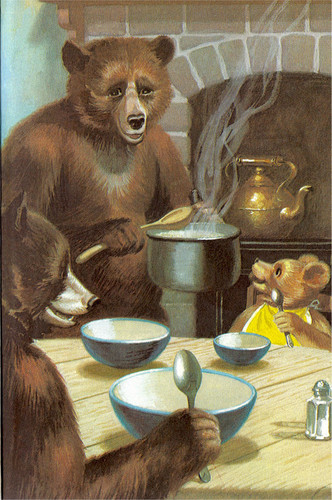 This is a story that was first told to me before I had even said a word in my life, through the Ladybird version illustrated above. But, be honest, has the tale ever made any sense to you? Certainly, it always confused the flip out of me – whose side are we supposed to be on? Surely not the golden-haired housebreaker? From the start, I was not alone in having a distinctive hatred of Goldilocks and her attitude to personal porridge ownership and furniture vandalism, and yet it seemed we were supposed to CHEER when she managed to escape her due punishment at the hands of the poor three bears?

When you consider that Goldilocks was a syrupy distortion of the then-popular version of the tale spun by Bristol poet Robert Southey in 1837 – in which the interloper was a wicked old crone – we're beginning to get closer to a working story. But even then, Southey was villainising women unduly, as the oldest version of the tale which has been tracked down by folklorists is SCRAPEFOOT & THE THREE BEARS, in which the antagonist is a fox! Or even, THE fox, a recurrent figure in European folklore, Reynard, a wily sly anti-hero and star of many a tale. In fact, even the first version of this story we can identify still makes the fox a vixen, so it was always a female villain, but our Scrapefoot aims to make up for centuries of misogyny connected to this tale, by becoming a male villain. 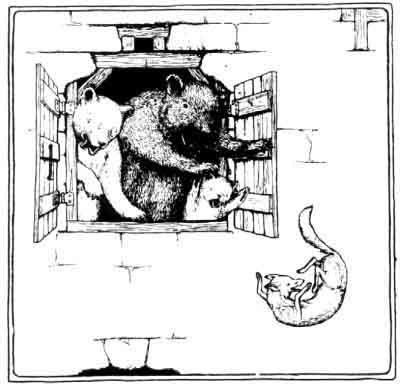 It really is astonishing how returning Scrapefoot to his starring role solves all the problems of the Goldilocks story, and brings the tale back to life like never before. Besides making the fox a chap, we also took the liberty of NEVER referring to any of the bears by gender, but only by size – the stereotypical family roles of Daddy Bear, Mummy Bear and Baby Bear being one of those spots of Victorian moralising we can dispose of as well. So in our retelling, we have three friendly British bears, whose trust in their fellow beings is exploited by a despicable (but perhaps, slightly lovable) criminal fox. And we're very proud of it.

But how does it fit into our format of 77 tales based in the landscape? Has any archaeologist ever managed to track down the site of the Three Bears' castle, perhaps some Bronze Age bowls with evidence of porridge in them, next to a broken rudimentary chair? Now, don't be silly. But bears were once native to this island, and archaeologists have found evidence of the native Eurasian Brown Bear over the years. That's why we chose one of those sites connected to British bears – three ancient brochs in Keiss, Caithness, up in the chilly far north, as our Goldilocks (or rather, Scrapefoot) location. Sadly we've not been able to visit, as yet, but they look like interesting places to explore if you are that far north, and as the teeth of wild bears were found here, ceremonially inserted into the brocks' foundations by the original builders, you can open your imagination a little to consider what the area must have been like when the brochs were originally constructed, and bears did roam the forests of Britain. Just looking for a nice sit down. 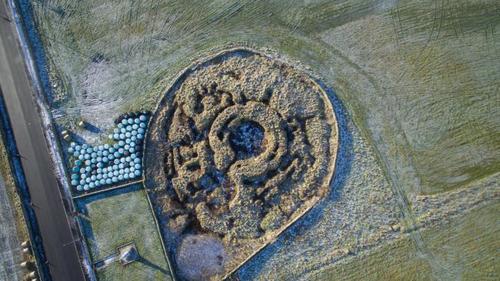 One week and two days to go until our SPECIAL LIVE SHOW for Bath Comedy Festival! We really hope to see you there, only 5mins from Bath Spa station, come along and have a laugh, or even more than one!