The Land of the Green Man 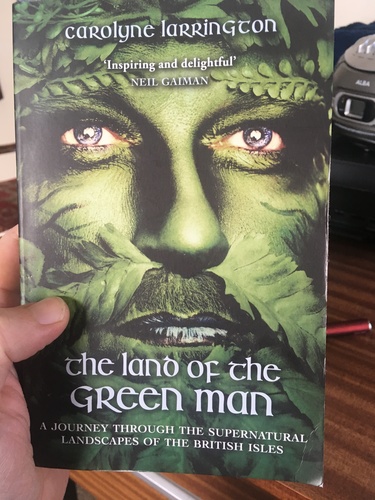 It's unusual both to blog on any day but Folklore Thursday, and to write about any book other than our own roadmap of British tales, but having just come to the end of Professor Carolyne Larrington's The Land of the Green Man, it's hard to resist offering a recommendation to all our pledgers. When Tales of Britain launched back in late summer, the passionate cries of there being nothing out there like it were sincere – and they still are! We've always made full exception for the Folio Society British Folklore collection, and the myriad regional collections, but when it comes to bringing together all the lore of the British island, there's still a shocking paucity of decent books out there.

Professor Larrington's stream-of-consciousness journey around the island is a wonderful addition to the extremely slight range of British folklore books, and although if you haven't yet pre-ordered Tales of Britain (just click on the right there – you know you NEED to!) we'd obviously prefer you did that first of all, lovers of folklore who have already pledged for TOB should look for a copy of this book as a really evocative compliment. We're glad we never picked up this paperback until we'd completed all 77 of our own tales, we may well have been unduly influenced by the good Professor's journey rather than using our own judgement, whereas, as it is, we feel vindicated with many of our choices by seeing them reflected in a great work like this – lots of crossover, showing we're more than on the right track.

But of course, the two books could not be more different, which is why they're so complimentary, and we're very pleased to have Professor Larrington as one of our backers. Her excellent book is an intellectual adult travelogue from a professional academic folklorist, wheres Tales of Britain is a storybook. TLOTGM discusses the nature of British mythology, in a mystical journey, whereas we have many aims with our 77 tales, but ultimately, entertainment is the most important. We do also show that immigrants have built this country over millennia, that British lore contains incredible female-gendered heroes as well as male ones, and of course, we offer tourist guides to all the locations on our map, making this something of a multi-tasking collection. But amid the many academic folklore dictionaries and suchlike, what we're offering is a pick-up-and-share collection of tales perfected for a new generation, designed to appeal to as broad an audience as possible, and as such, Tales of Britain remains not just unique, but desperately needed in bookshops in Britain and all over the world. We're all about celebrating our stories on an international scale, enjoying them in a visceral way, laughing, crying, having fun. And we're very glad that those adults who subsequently wish to dig further into the stories behind the stories have something as fascinating as The Land of the Green Man to turn to. It's a proud addition to our bookshelves!

Now, the next person to pledge for Tales of Britain will receive a UNIQUE gift if they message us via Twitter or Facebook! Come and join our wonderful patrons in standing up for British tales... 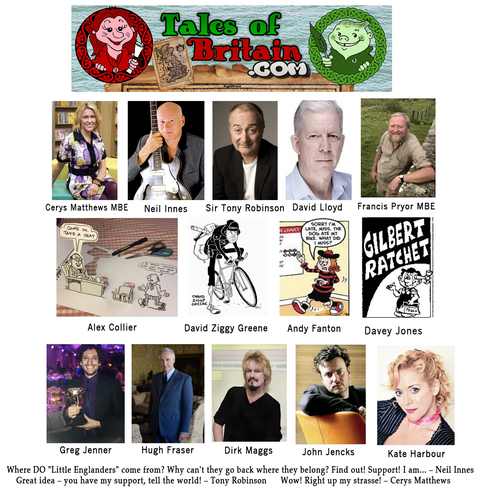