Thank you to everyone of all ages and smells who came along to the Bath Folk Festival show last Saturday – yes, even baby Robyn who joined in with a fair few tales. It was one of Brother Bernard's best solo shows yet, though we really hope to get a few folktale fans at our first ever Scottish show a week today – 1pm at the Waverley Bar, as part of the Free Fringe!

And talk of Scotland brings us to this week's tale – the Kintraw Doonies. The theme of World Religion gave us pause for thought – partly because not many of our 77 tales really deal with the subject, but also because those that do may be a wee bit controversial, to some. We've already covered the oppressive nature of religion, compared to pre-Christian faiths, in our Long Meg blog, but the issue surfaces once again – old religion versus new – in this very sad Argyll legend. 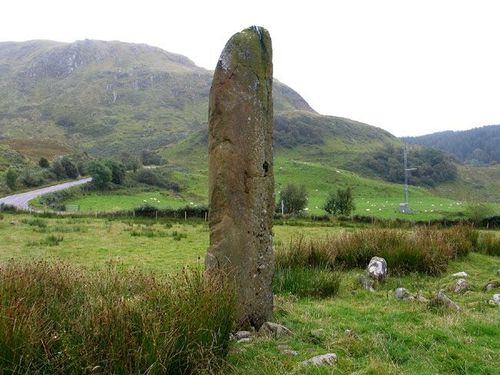 These hills around Kilmartin are packed with myths and mysteries, and we settled on an unusually un-comedic tragedy concerning a group of poor children who lose their Mother, and then discover, when visited by her shade one Sunday while their Father is at church, that she was taken away by the Doonies: faerie folk generally said to be friendly, who take the form of little old people or maybe (and perhaps inevitably with Scottish lore) wee horses. The children's widower Father is a church-going Christian (obviously, for those days), and when he hears their story of being visited by their poor dead Mother, and it gets back to the local priest, the Bible-bashing bigot belittles any such idea of faerie folk, and forces the children to break a bond which casts their Mother away forever…

But, in a macabre twist, the priest is later found dead in the hills, clearly a victim of the Doonies' dislike of being laughed at by those who follow religions far more outlandish and dangerous than any idea of 'faeries' ever was. 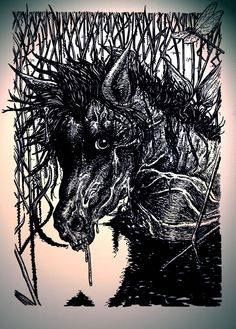 Tales of Britain strives to be inclusive, it's for everyone, no matter what their gender identity, sexuality, race or indeed, CREED. So we have no wish to isolate anyone of any faith – as in real life, as long as nobody is preached to, or judged according to outdated texts, or in any way harmed by anyone's religious belief, they should be free to worship whatever they like, however they like. True, it is a crime that so much of British folklore has been distorted by Christianity over the last 1500 years or so, the old gods dismissed as demons, and ancient rights ruined by very silly concepts such as 'Heaven and Hell', and so on, as in the Long Meg legend. And as pretty much every other collection of folklore from these isles you will come across repeats this religious calumny again and again, we do feel it's our important job, as secular storytellers, to right these crimes and present stories fit for 21st century folk of all ages, devoid of dogma and pre-21st century ideas of morality.

Nonetheless, the way the Doonies get their own back on the fire & brimstone preacher (a form of reprehensible 'holy man' we were more than familiar with in our own Christian upbringing) has given us pause, to worry about accusations of overt anti-theism. The obscurity of this tale in particular, made us ask ourselves, are we including it just as a kickback against the likes of the Doony-dismissing doomed priest? After all, someone who believes in the Bible has no right to mock any ancient belief once shared by the folk of Britain, even if it does involve horse-shaped people who live under hills.

But thankfully, rediscovering our source material reassured us – we've chosen to retell The Kintraw Doonies, sad and serious though the legend is, because it's a rare example of a tale which deals directly with this clash of beliefs, and that's a story worth preserving for new generations. Especially if it inspires visitors to these gob-slappingly beautiful Kilmartin hills to wander around, seeking the entry to the Doonies' home… 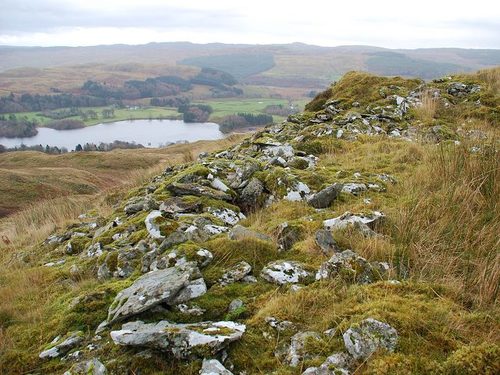 Plus there was one extra reason for adding this legend to our collection – in our version, we add that the poor Mother character, once broken from her bond with her children, is left to roam the hills as a Caointeach – the Scottish equivalent of a banshee. So our version is especially thick with the lore of the Argyll landscape.

Anyone who worries that our approach to reviving these forgotten stories may be relentlessly flippant, should be reassured – some of these tales are almost devoid of jocularity, jokes do not suit all legends, and especially in the bleaker corners of Scotland, they are designed to provoke tears, rather than laughs. Here endeth the lesson. 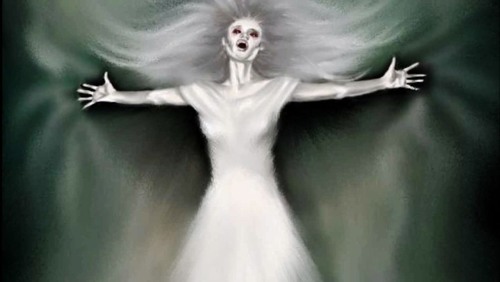