The Gift Horse: You Know What They Say... 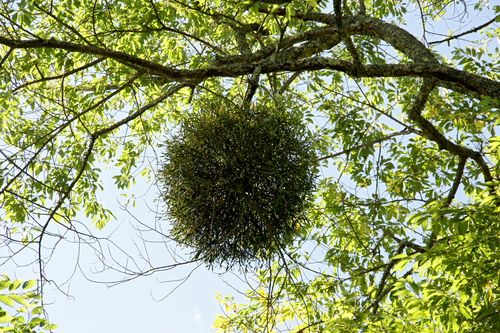 Those of you keeping a close eye on the release date for our book may be wondering what's happening on this delayed day of release and celebration – hold tight, we're sure the clouds will clear soon! This has been such a long and painful journey, but we're so close! At the time of writing, Amazon is showing NEXT Thursday... so let's keep everything crossed! 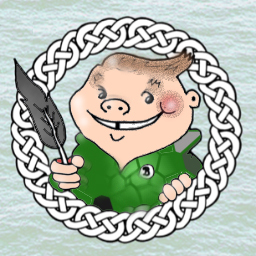 We would use a popular saying to explain our disinclination to fuss too much over the details of what's happening at this very late stage of the book's publication, we're just so glad to finally make the book a reality. That typed, seeing as we really have all worked so insanely hard and for so long to put a British folktale collection on shelves at last, the publication of TALES OF BRITAIN is ANYTHING but a 'gift horse'! Nonetheless, the Jersey tale of The Gift Horse is a fitting story for this week's Folklore Thursday theme of PLANTS, as it's the one tale of our 77 which centres on that most magical of tree parasites, MISTLETOE.

From Christmas kisses to druidical mysteries, mistletoe's significance to folklore has never been anything but a series of guesses, from generation to generation, and although evidence of the berry has been found in ritualistic killings and whatnot, we really have dropped the ball somewhere along the line as to how the plant functioned as part of our pre-Christian society. All we really know is that these poisonous bushels which clump themselves on oaks and apple trees every winter somehow MATTERED.

The plant certainly matters in the story of The Gift Horse, which takes place in the Jersey resort of Bonne Nuit, and centres – as we mentioned when last we covered this tale, as part of 'Island lore' – on two young lovers whose happiness is threatened when an evil water spirit falls in love with the beautiful woman, and takes the form of a horse to gallop away with his rival, intending to drown him. No version of the legend names the water demon as a Kelpie, which is a more Scottish term – quite a distance from the Channel Islands – and so we have also avoided calling him that. 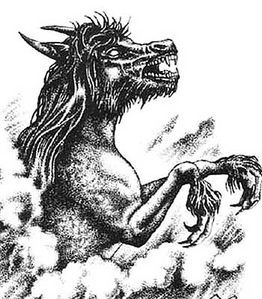 Ultimately, of course, the murderous freshwater villain is defeated with a simple bashing around the head with a bunch of mistletoe – donated, with a nod towards the druidic connections, by the hero's wise old grandfather, Drew. To this day, one of the rocks in Bonne Nuit bay is said to be the petrified water horse, and you can spend many a weird hour on the golden sands trying to identify which one it is.

Sadly we haven't done this ourselves yet, as we have no money at all, and Jersey's quite a trip away. But we hope to do so one day, perhaps if enough folk do go out and buy Tales of Britain when it finally does reach shops! Or at least, you know, maybe Weymouth or somewhere. As long as our stories are enjoyed, that's all that matters – and gift horse gob explorations be blowed. 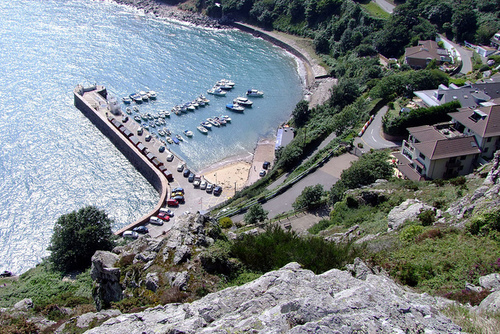 Hopefully next week will be our big release announcement Folklore Thursday! We'll be on TalkRadio this evening talking British folklore any which way – tune in if you're a night owl or nocturnal bird of any kind, or if not, we'll post it up here as soon as we can!