The Fiery Leap Of Conjuring Minterne

A toasty FIRE-themed Folklore Thursday to each of our lovely 300 backers! 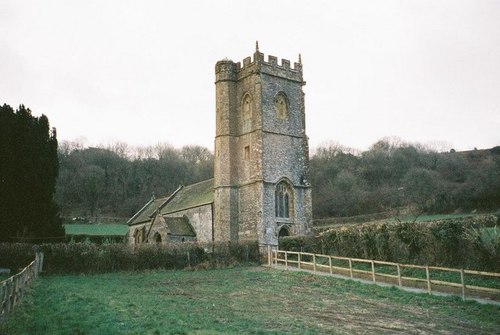 We're still trying to find places to do our storytelling show in CORNWALL in early June, and EDINBURGH/GLASGOW in late August (Please email bernard@talesofbritain.com or jem@jemroberts.com if you can help!) but for today's fiery theme, we're headed to Batcombe – and be careful, as there's more than one Batcombe, we're headed to Dorset, the home of CONJURING MINTERNE! 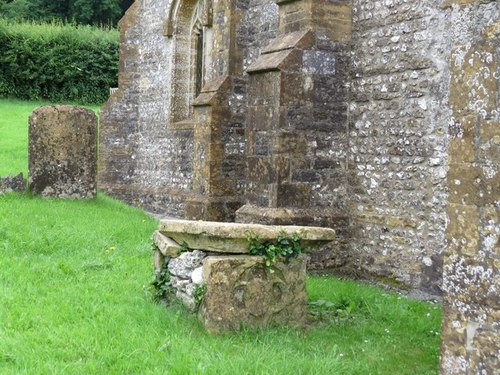 This ivy-laden tomb lies outside the church of St. Mary Magdalene, but when the body below was originally interred, the site was 'both half in and half out of the church', as the medieval magician allegedly requested. The most likely historical John Minterne, whose level of knowledge inevitably led to him being seen as a conjurer, in league with the Devil, was the early 16th century noble referred to HERE, by one of his descendants, no less.

In those days, anyone with a reasonable level of intelligence, the types who didn't go round swearing that fouling yourself on a Friday was good luck if you then walked twelve times round the horsetrough backwards and wished a happy birthday to a wren... these folk were deemed to be CONJURORS! Weirdoes whose learning could only come from a fictional character known as the Devil.

The story of Conjuring Minterne's flame-powered horse leap, a kind of 'Oh Christ I've left the iron on!' moment, in fear of his magical spellbook being left open for all and sundry to delve into, is not long or complicated, and our retelling hasn't added pages of extra exposition or complication (though a fair few jokes, admittedly). It's a simple tale with a strong connection to the site, as the horse's fiery descent not only knocked the church spire askew for centuries to come (and it's bent to this day!) but also left indelible scorch marks in the field next to the church, which are great fun to try and track down if you pay a visit to the tiny village.

In a way, it's a shame that more tales aren't told about this Minterne, as he and his fiery steed seem ripe for all sorts of magical goings on, but there aren't many wizards in British lore whose graves you can visit, so at least he beats Merlin on that score – and just a few miles to the south east, at Cerne Abbas, is a mighty giant* with no pants on, so you can visit them both in one sunny afternoon! 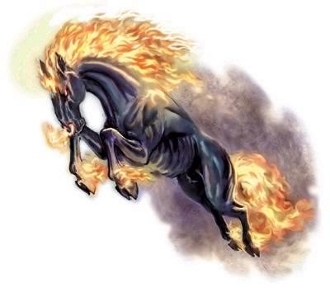 *But is this lewd big yin one of Jack's victims? You'll have to buy our book to find out!