TALIESIN and the Turning of the Seasons

A heart harvest Folklore Thursday to all your campaign supporters! 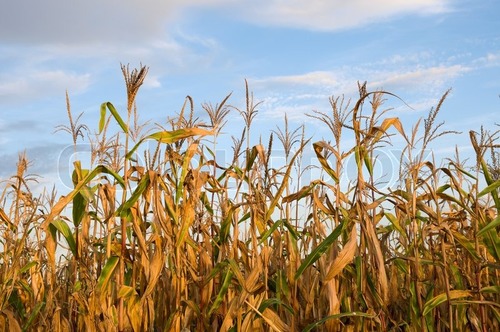 As we enter our sixth season of weekly blogging, it's a rare feat to find one of our 77 tales we haven't blogged about, and even moreso to be able to theme it to the weekly topic. But while other stories we have covered may have more immediate pertienence to autumn and harvest – Jack O'Kent's crop-based deals with The Devil, or the crocus crops in The Saffron Cockatrice, for example – the origin story of one of Britain's most famous bards has its own rhythms which speak of the changes of the year, resulting in our hero turning himself into an ear of corn! Grain crops could not have a more crucial place in British folklore, from corn dollies to corn rigs and barley rigs, and their associate, the Wicker Man. But few heroes actually have the ability to mutate into grain.

The 5th century poet and seer TALIESIN had many tall tales told about him long after the flesh and blood artist was dead and buried – he was folded back into Arthurian myth, along with the likes of Tristan and Bran the Blessed, and pops up here and there throughout our 77 tales. But this superhero's origin story returns us to the shores of Lake Bala, the most fecund area in the whole country for tales, most notably 'Vengeance Will Come'. 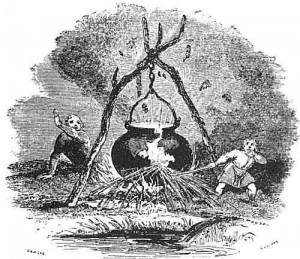 Telling the truth and shaming all manner of demons, the first tale told of Taliesin is a total lift from Irish mythology, and the infamous Salmon of Knowledge that Fionn MacCool was said to have accidentally tasted. In this version, the young bard is a servant to mighty sorceress Ceridwen, claimed by some to be the ex-wife of hideous King Tegid Foel, poor woman. This unholy union produced a brilliant, beautiful daughter and a hideous, moronic son – and so, to boost the brainpower of the latter, Ceridwen created a potion which required constant stirring in the cauldron for a whole year – and guess who was given that job? And guess what he did when a drop of the potion burned his hand?

When the boss discovers the now-brilliant servant's unintentional faux pas, it triggers a long chase, somewhere between Wile E Coyote and Road Runner, and the famous magic battle between Merlin and Madam Mim in 'The Once and Future King' (Or Disney's 'Sword In The Stone' if you prefer). When Talisein, gifted with his new-found magic powers, turns into a sparrow, Ceridwen becomes a sparrowhawk, when he turns into a minnow, she becomes and pike, and so on – until the surreal conclusion, in which Talisein's disguise as an ear of corn seems to backfire, when Cerdiwen mutates into a giant black chicken and scoffs him right up. 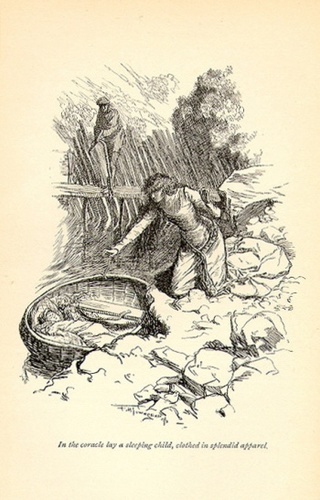 Of course, this isn't really the end of the poor servant boy-turned-genius wordsmith and magician – he grows as a baby inside his furious employer, and ends up adrift, Moses-like, until his discovery by an unlucky prince (son of King Gwyddno, lord of the sunken lands of Cardigan Bay – the connections between all our Welsh legends are incredibly strong!) and his infantile versifying earns baby Taliesin a new job as royal adviser and bard – and a whole lifetime of adventures begins anew.

No doubt similar tales will be told of the origin of John Lennon in 2,000 years, with tales told around the fireplaces of post-apocalyptic Britain about him flying to Earth in a flaming pie and transforming himself into a walrus. It's funny what we're prepared to believe about our rock gods.

With one trip to Bala, you get this and a whole host of others tale locations all within walking distance, but the only way to get them all together in one place – along with dozens of other tales and locations – is to pre-order our book! 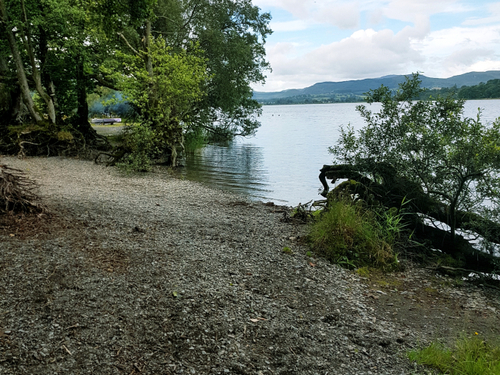 And if you would like to enjoy Brother Bernard performing a choice selection of these stories in person, we have a second of three candlelit folk evenings coming up in the tiny village of Kelston (near Kelston Round Hill) this Saturday – and the final one in Avoncliff a week later. The first one in Freshford was a real joy, and the tales change every time, so our modern day bard and follower of Talisein hopes to see you around the campfire, with marshmallows, this weekend! 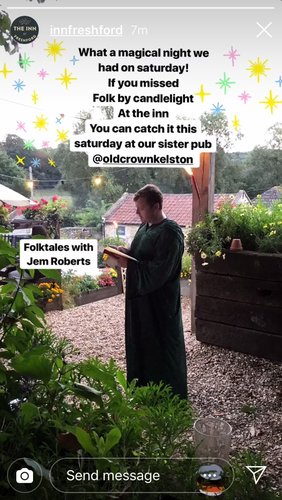