Skeleton lore is today's Folklore Thursday theme? Oh dear... we thought you said SHILLINGTON LORE! We don't have any skeletons in our closet, but we do have a wonderful story about party animal goblins, which reminds us all of the importance of having a flipping good time.

But first! It's a momentous week for Tales of Britain, as we have formally delivered the manuscript to Unbound. Of course, we haven't quite got to 100% just yet, so the delivery won't be put into production immediately, but hopefully there will be some exciting news soon of major progress, so do keep the faith, keep spreading the word, and if you haven't yet – PRE-ORDER! We're not trying to sell the promise of a potential book any more – if you order a copy now, you can be certain you will soon have the book itself, with all its tourist guides and rebooted stories, taking us throughout Britain from Land's End to John O'Groats! 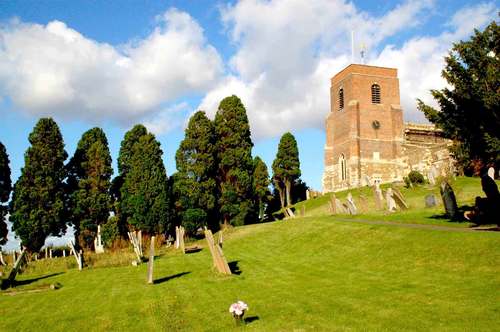 Today's tale keeps us safely in the genteel Englishness of the Home Counties, at Shillington, in Bedfordshire. As a holiday destination, Shillington seems very pretty indeed, but with not much else to offer, excitement-wise – though perhaps Bonzo Dog Doo-Dah fans might be interested to know that Viv Stanshall was evacuated here as a baby. Perhaps he was visited by goblins who gave him a life-long taste for the bizarre...

Even worse, the actual site of the story was long ago built over, and turned into suburbia. The tale of the Shillington Goblins takes place during the time of Cromwell and the Puritans, who tried to stamp out Christmas, and all manner of old-church festivities around the year – leaving it to the loony goblins of the village to keep the party going, until the return of the merry old monarchy (er, hooray?) a generation later. The site of the Goblins' merry dances was said to be marked by a ring of fungus in a field below the church, All Saints' – but the area was built on many years ago. Who knows though, perhaps the spot where one household puts out its recycling could be the very spot, and the goblins still dance there amid the empty milk bottles and cereal boxes, when nobody's looking...? 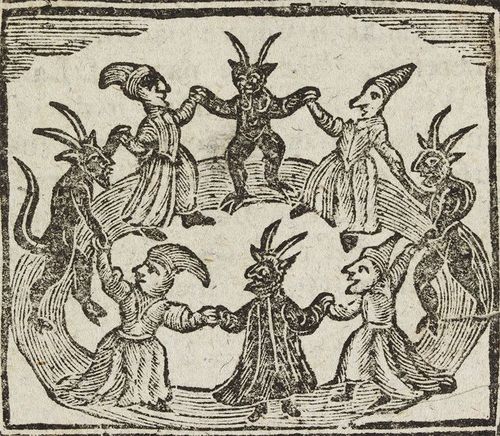 The lovely thing about 'Goblins' is that they can pretty much be anything. Tales of Britain is of course packed with weird species of little people, from Brownies to Hobs to Faeries, but when it comes to 'goblins', all bets are off. The Shillington mob can and do look like anything, as long as it's weird, silly and far from human.

The question is, how do we illustrate this lot, and any of the other 77 tales? To speed the book into your hands, Unbound will have to produce this first edition of Tales of Britain as cheaply as possible, and we have no set plans as yet, for illustration. Naturally, there will be no asking any artist to work for free, but perhaps an illustrator who really believes in this campaign might offer a fair fee, to help us make the most enjoyable road atlas possible. All of these questions will now surface, with the manuscript handed in, and we'll keep you up to date with all developments as they develop.

For now, keep the pledges coming in, and why not lift a glass or otherwise cheer for us, marking the delivery of the first collection of newly retold British folklore to be published in generations? It's what the Goblins would have wanted... 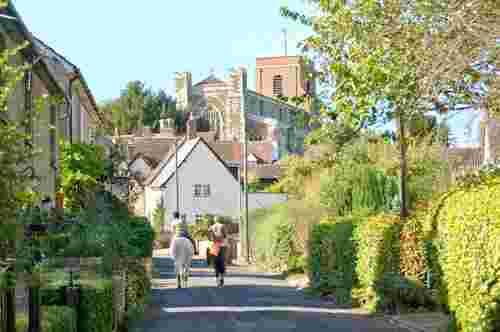