This blog was originally posted before Hallowe'en, in time for TALES OF BRITAIN VOLUME 1 to be available on Audible. The whole idea was, rather than putting up the entire book, we'd do small volumes of themed books, seasonally released throughout a year or two, at very affordable prices, as Audible stuff is so overpriced. This first volume was filled with Halloween and Yule stories, to suit the end of the year.

It then took nearly three months for the recording to be made available, due to Audible's broken system. That was Hallowe'en out of the picture. And finally, this morning, one week before Xmas Day, it surfaces: TALES OF BRITAIN VOLUME 1.

And... they've overpriced it by at least ten pounds. Apparently it's a scam to get folk to sign up for free – but if you're like me, you have already done so, and used up every free credit going. So now we just have a three-hour story sampler available for fourteen quid. I am trying to talk to someone at Audible to do something about it, but it's unlikely, especially before Xmas. I've never known such a useless service, in every possible way, it's absolutely heartbreaking that we have been forced to go through this.

Well, hopefully those of you without Audible accounts (or able to set up new ones) will be able to download and enjoy this first ever audio release from TOB. None of us will benefot, after so many months of hard work and agonising delay, but at least the stories will be enjoyed by some.

A haunting Folklore Thursday to you all, my dears, long time no Hello! 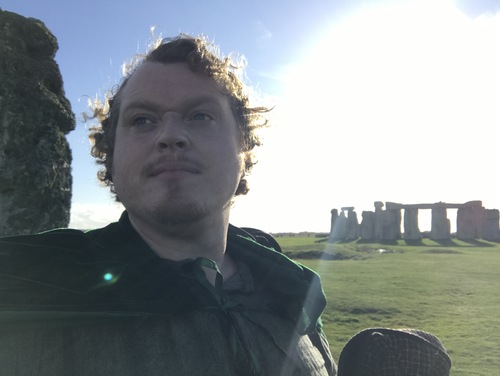 Since the launch of the book last year the Brother Bernard bloggage has calmed down hugely, to around once a season for now, but even despite the lockdown, we've been busy, still telling tales, exploring what bits of the country we can get to via its legend and lore, and above all, we have a big Halloween announcement to make – Tales of Britain is about to launch on Audible! 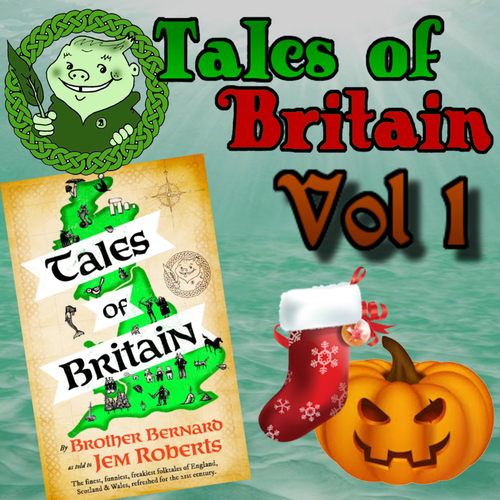 Many have been asking about an audiobook version of TOB for eons, and hopefully just in time for Samhain here comes VOLUME 1, specially put together to cover the seasonal folklore fun of Halloween, autumn, winter and Yule/Xmas/Mithras, whatever winterval floats yer boat. With 77 stories to choose from in the book and more being added all the time, we wanted to save folk the big expense of downloading 20+ hours of tales, in favour of several smaller packages of Tales, themed throughout the year. Thanks to Rakkit Productions, this joyful series has finally kicked off, and will be available to download ALL OVER THE WORLD. The link will be up as soon as we have it!

Work has already begun on a Volume 2 to cover Valentine's, the arrival of spring, and so on – please do send any requests of those you'd like to hear early doors!

As Halloween is as good as upon us, this collection sports the scary stories of HERNE THE HUNTER, doomed to terrorise trespassers in Windsor Great Forest forevermore, and the more kindly haunting of the two BABES IN THE WOOD. TAM O'SHANTER's horrific dash away from the witches across the Brig O'Doon also features, plus the Halloween-set sickness of BEWARE THE CAT, and so much more. There's even an interview with the author by producer Kris Dyer, talking all about the genesis of Tales of Britain, and plans for the future. 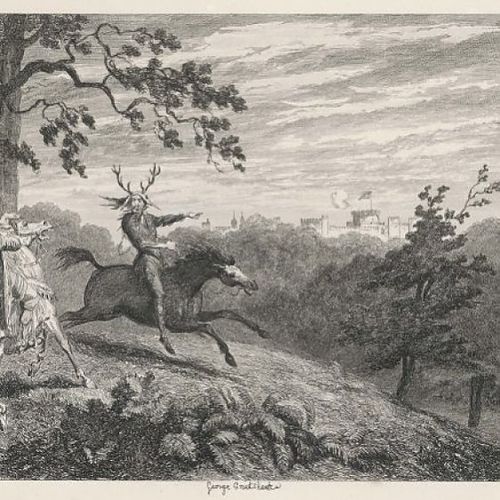 As it's been heartbreaking to break off all live Tales of Britain shows this year, we hope having Brother Bernard in your ears in this way is a fun replacement for now. There's so much more where these came from…