Happy Folklore Thursday! Have you made your plans to come to our BIG EXCITING BOOK LAUNCHES in LONDON and BATH yet? Brother Bernard and Sister Sal can't wait to see you there! 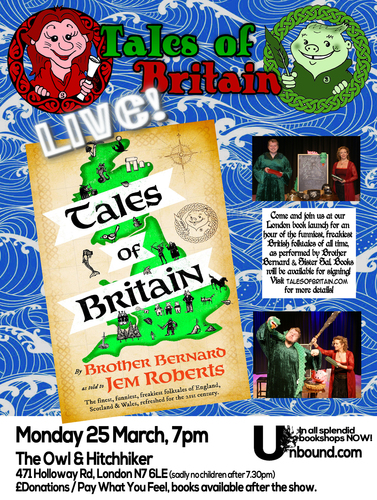 Just a brief blog this week, as stories of those Christian oddballs some call SAINTS are one of the things we have largely avoided in the book. From our own experiences wading through books of British lore, amid all the ghost stories and big black spectral hounds and identikit narratives, there are just too many stories of 'saints', in every corner of the country, and they're nearly all along the same lines – the usual stuff, some believer in the new religion is being chased by pagans, their head gets cut off, a sacred spring appears, blah blah blah. With some exceptions, it's generally uninspiring stuff invented to cover up the desecration of existing communities in the name of the trendy Christ-based religion which took hold in Britain from the mid-first millennium to…, well, sometime before now. Tales of Britain is partly about peeling away all the Christian and Puritan distortion in our national treasury of folklore, so we're promoting saintless stories as much as possible, making it clear that Britain has had its own culture and lore long before Rome even invaded Judea, let alone the invention of the Christianity business. 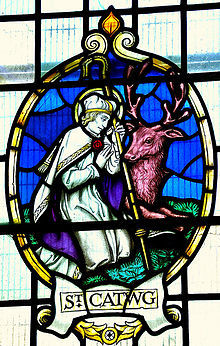 And yet, despite all this, our one and only saint-based story has always hidden in plain sight, as the one excerpt given to the world long before the book was in shops – CADOC & THE MOUSE. Thankfully this tale is specifically about Cadoc's intelligence and dislike of bad teaching, and so is anything but a typical 'saint' story. We also enjoyed giving the tale a go on Cerys Matthews' 6music show the other week! 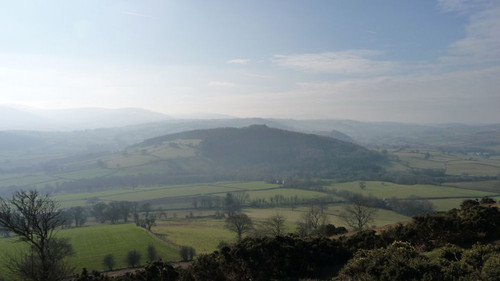 There is also our Xmas story surrounding St Augustine, THE LAST YULE, but A) That's not in this edition of the book, and B) It's not Xmas, so never mind, eh?

We dearly hope you're enjoying the book, please do remember that online reviews really help further our campaign – and if you're ever near a bookshop, do take a moment to ask if they have it – if the answer is now, any decent bookshop ownder will rapidly order some in if they only know the book exists. This is up to all of us... we can bring British folktales back to life again, together!

See you a week next Monday, or a fortnight Saturday...?