Rhiannon: Wouldn't You Love To Love Her?

A very warm Folklore Thursday greeting to all pledgers!

Our campaign continues to grow, and we now have some wonderful heroes joining our ranks, including legendary musicians Cerys Matthews and Neil Innes, historians Greg Jenner, Justin Pollard and Francis Pryor, actors David Lloyd and Hugh Fraser, the great director Dirk Maggs, and some of the UK's best cartoonists, including Davey Jones, David Ziggy Greene, Perry Harris, Alex Collier and Andy Fanton. We'll soon be blogging more about some of the wonderful artists who are helping our cause. 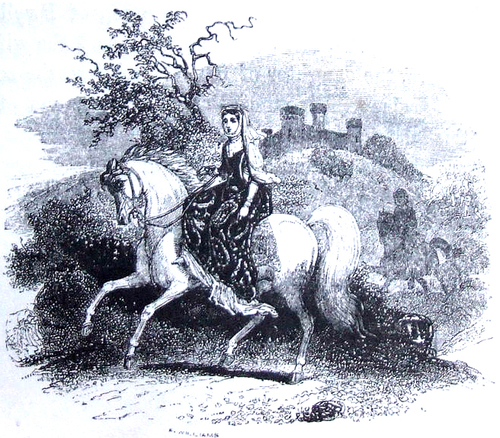 But for now, we'd like to talk about the Welsh hero Rhiannon. Having examined one tale centred around a strong woman protagonist in Long Meg last week, we don't wish to be seen as a stuck record, but it is central to Tales of Britain that our collection of stories does all it can not to in any way support or repackage the centuries of male domination which is hard to ignore in our lore.

That said, we have to respect the raw folklore we're working with, and nobody wants to arbitrarily change any ancient story just for the sake of what a dolt might call 'political correctness'. Everyone working on Tales of Britain loves to have any dialogue we can with our pledgers and potential pledgers, and so we were chuffed to get an email a few weeks ago asking about our representation of women. However, this correspondent specifically said that they would NOT pledge for a book which did not fulfil their criteria of a 50% gender split between female and male protagonists. We replied that positive gender representations throughout the book were utterly paramount, but that we can't sacrifice our duty to the source material, in the name of fulfilling any quota. Apart from anything else, not all these 77 tales have any one single protagonist, which already makes the maths a problem. But where a protagonist is traditionally, recognisably male, we can't just switch genders, particularly if there's a historical basis for the legend, as there so often is, or when the known story is rooted in the landscape, as all our tales are. There would be something terribly patronising and tokenistic about turning, say, Dick Whittington into Diane.

However, every single chance we have to present a protagonist who happens to be a woman – and not a 'feisty' 'manic pixie dream girl' type male writer's cliché, just someone brave/clever/strong who happens not to be a bloke – we have done so. Some tales we discovered referred to a 'him', but if it wasn't a recognised figure, like Robin Hood or Jack, we see no reason why they shouldn't be a 'her', and often this can make a tale better than ever. Not letting the boys have all the fun is as paramount to what we're setting out to do as emphasising Britain's crucial historical debt to immigrants of all kinds, and indeed, of promoting tourism in the UK by rooting each tale in the landscape.

But it's much better when a protagonist has always been a strong woman, for perhaps thousands of years, which brings us back to Mabinogion star Queen Rhiannon, and her life in Narberth, Pembrokeshire. With only a couple of story slots remaining, Cerys Matthews' brilliant Mabinogion documentary made it clear that Rhiannon's tale had to be included. Since becoming immersed in her legend, however, it's taken us aback how many folk refer to her as a 'Goddess', when the oldest source we have (albeit translated by English aristo Lady Charlotte Guest) reads like a quite easily believable slice of ancient Welsh history. Rhiannon's shenanigans at the wedding altar, then her tragic penance, and so on, all seem to be a quite lightly mysticised soap opera, with a very strong tang of real life about them, with no need to invoke any gods at all – although Rhiannon is often connected with the French-Roman goddess Epona, presumably because they were both horse-crazy. 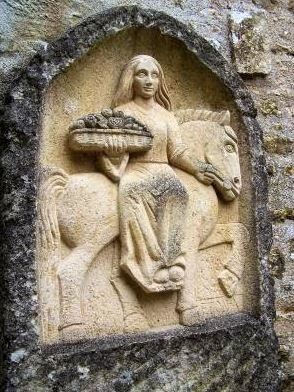 if you're going to travel to Narberth – and it is an incredibly beautiful, ancient town, so you should – it's far more exciting to see it as the site where a real Celtic Queen who has become known to us as Rhiannon actually lived, than to make her life story some ephemeral, fuzzy god-filled fiction, and that's how we've told Rhiannon's story. It's the tale of an intelligent, powerful figure who refused to just accept the bartering of women by men which presumably was the norm in ancient societies, and who took her own destiny in her hands, and decided how it was going to be. That's a hero many future generations of people of any gender can admire, and hopefully our Rhiannon will live up to this.

There is one element of our retelling worth mentioning, however – we have only told the first half of Rhiannon's biography. That in itself contains manifold acts and events to fit in to the short story format we have in our book, but the original life of Rhiannon in the Mabinogion has two major parts, the trials of the young Rhiannon, and the trials of the older Queen many years later, as mother of the mighty Pryderi. The latter story is a thing of weird wonder, but we've saved it for another time... which is quite significant. Because it means that we sincerely hope that these 77 tales will not be the end of the story. As our campaign marches on, we want readers to bombard us with other tales we've never heard, we want to stumble across totally unknown ancient stories, and we want to add them to our collection, in time. This will be a huge book, but more good stories are always out there, waiting to be discovered anew.

This is dangerous thinking, when we are barely at the quarter-mark in our funding. We still have a Herculean task at hand, to make this Tales of Britain roadmap a reality, in the back seat of every car and stuffed into every rambler's backpack, so to be planning ahead of this collection may seem foolish. But if we all keep the faith, keep spreading the word, and keep bringing more Britophiles and story-lovers into the campaign, we will get there. And we will do so much good for this horrifically divided island as we do so.

The problem with all this talk, of course, is that we lose the main point – that these Tales of Britain are INCREDIBLE FUN! They are exciting, poetic, often silly, and sometimes sexy, and all kinds of pleasurable things, over and above all other concerns. They are written to wallow in the wonder of our language, and revel in the excitement of our stories – any progressive messages the tales carry of a better way forward are just the inescapable icing on the cake. Our model has always been the lively anarchy of Rik Mayall's Grim Tales, and so here's a cracking German folktale from him to cleanse the palate: https://www.youtube.com/watch?v=i5sOV03zq74 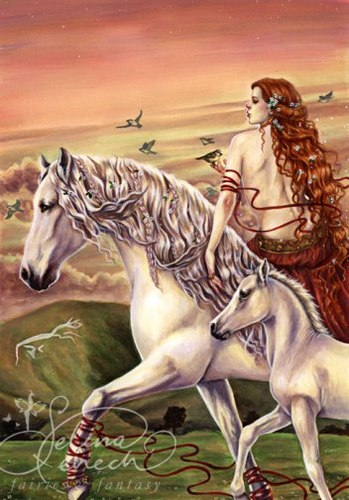 Presumably there are songs to go with the tales of Britain. Please consider adding the words and musical notation for any appropriate songs as accompaniment to the stories. I would like to try playing any tunes, but I need clues to the melody and progression of the chords in order to do so.