Revenge of the Lambton Worm

Monstrous Folklore Thursday to you all! 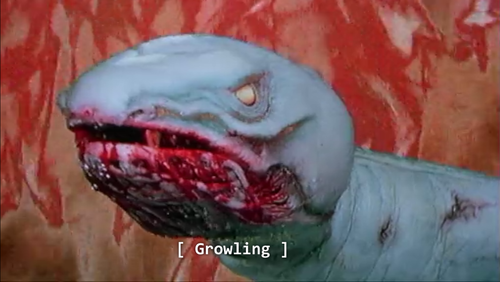 We may have covered Tyne & Wear's famous hideous pest THE LAMBTON WORM last Halloween, but one of the many pleasures of our recent trip up to Edinburgh was the ability to finally stand in the real locations of places we've been telling stories about for years – and one of the many such sites managed on just one day this week, was this nasty old Geordie yarn about a gigantic slithery pallid beast who terrorised the land between Fatfield and Penshaw, near the river Wear, north of Newcastle and Sunderland. 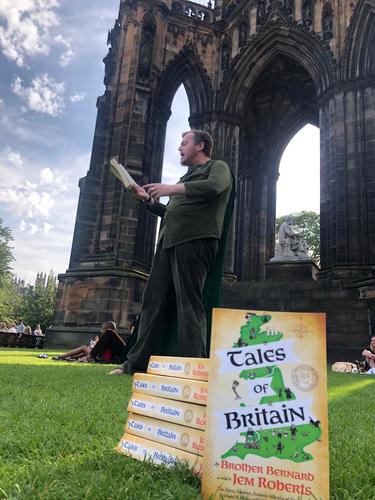 We first discovered the real pleasures of performing The Lambton Worm in Ludlow, fighting the elements at an outdoor show, and realising that nothing carries quite like a piercing helium-esque Sarah Millican impression, with lashings of Viz-style Geordie hardman action to go with it. Above you can see Brother Bernard busting a lung at our Scott Monument show for the Edinburgh Fringe last Saturday - thank you to those who listened in!

Incidentally, some have suggested that regional stereotypes should be avoided, but we're not so sure that's right, in this time of increasing homogenisation, when one big town so easily seems like a clone of the last. Perhaps some clichés, like Scottish or Yorkshire folk being tight with money, or the terrible things they say about scousers, are beneath us, but we're not so sure that the Geordie reputation for being hard as nails is necessarily one anyone there is keen to shed, and as life-long Viz readers, performing Sir John Lambton as a kind of pro-Biffa Bacon is one of the great pleasures of sharing the tale. Long live our regional stereotypes! 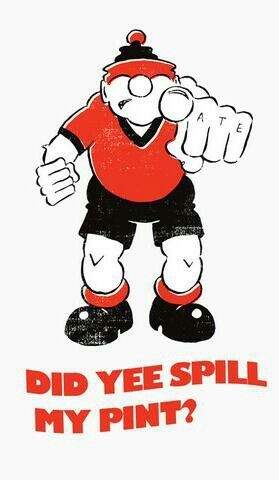 Even as we gave our top-volume rendition of the tale last weekend, we didn't dream we'd soon be standing in the real place, not far from the (sadly not open to the public) Lambton estate, gazing out over the fields which once slurped and tremored to the sound of the greedy white worm... 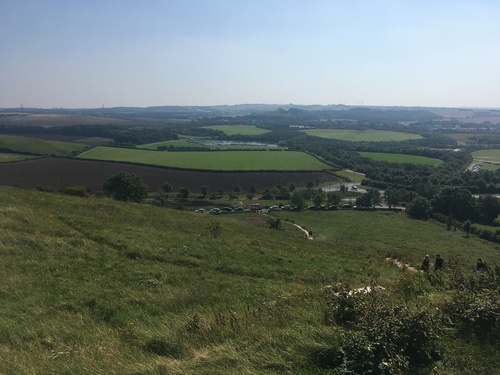 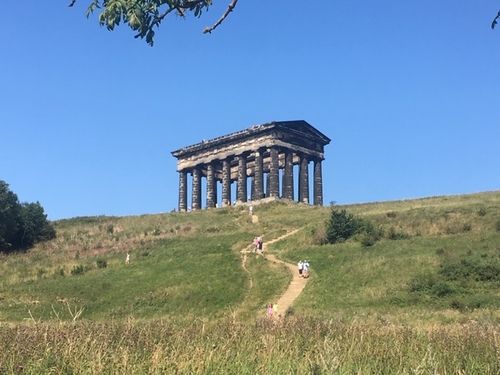 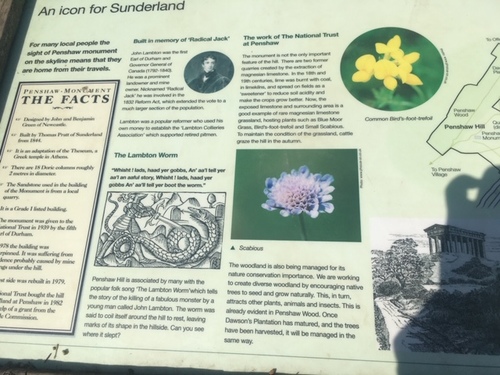 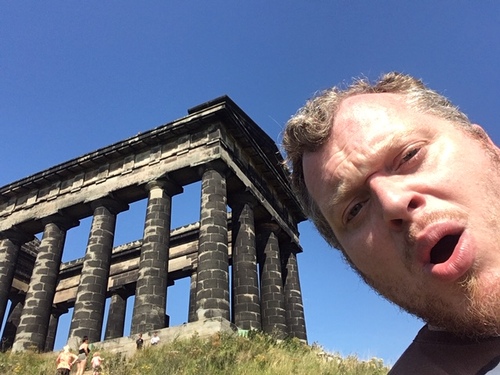 It was a viciously hot day, but having climbed to the top of Arthur's Seat in Edinburgh in even hotter weather, the yomp up the steps to the Penshaw Monument, which marks one of the Worm's favourite resting places in folklore, wasn't too much of an ordeal, especially with an ice cream van waiting at the bottom. It was wonderful to gaze out over the vale of the Worm, and imagine the colossal fat bastard squirming its way from hill to hill, until its deserved destruction in the foaming Wear finally freed the land from its cursed presence.

We have two or three more personal reports from the actual locations of our stories lined up for you, if the Folklore Thursday themes allow, and it's a pleasure to know we're not the only ones ticking off UK sites from our list of 77 ancient tales from all over the island. And at least it takes our mind off the real monsters in Westminster, all pledged to drag Britain down and down into the depths, for a short while... 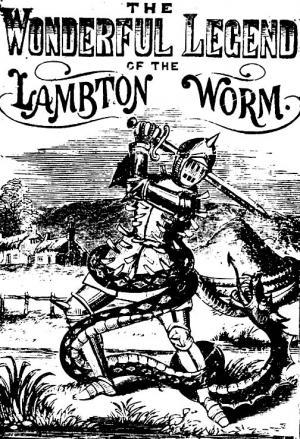 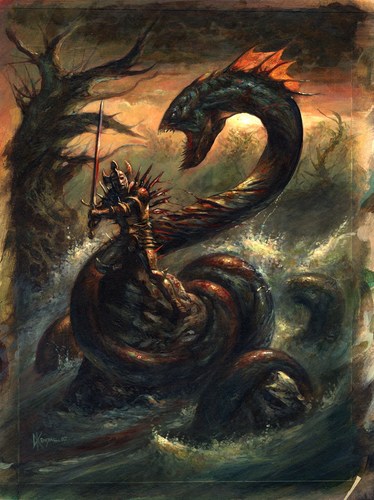