A fine, feast-filled Folklore Thursday to all!

We love a feasting theme – so many of our tales involve food, it gives us almost carte blanche. Knucker Pie? The Apple Tree Man? The Shillington Goblins all partying away? No, this week we make a return to Wales, and a look at the wild feasting party which led to the Gower fortification of Pennard Castle being buried under a mountain of sand!

So many Welsh tales seem to be about great big parties getting disrupted by tragedy – usually it's a sunken city that becomes drowned while everyone has a good time, but in this case, it's sand: the revenge of a gang of faerie funmakers turned away by a bunch of bigoted humans. 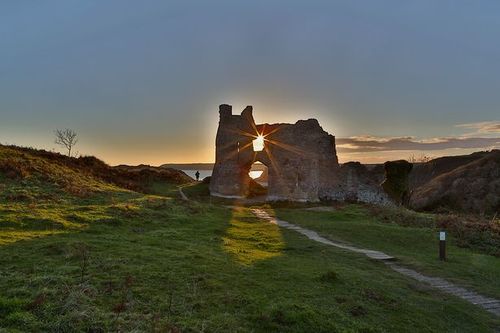 But first, a slight confession – this anthology hasn't been quite put together with the most sensible level of organisation required. Which is to say, over 14 years of collecting and updating these tales, 77 of them in the book we're all waiting for, another 4 already written for a follow-up, and a waiting list of at least a dozen more... it's hard to keep track of quite where we first heard of each individual tale. Sometimes it can be so frustrating, trying to find a unique story to attach to a region, with a beginning, a middle and an end that isn't just another version of Cinderella or something with big black ghost dogs, that when one swims into our ken, we pounce on it, and sometimes lose track of its origin.

So, for instance, if you were to search for "pennard verries mowbray" you will get nowt. Take out the 'verries' (a specific spelling of 'fairies', of course) and you get the rather dull historical information that ownership of the castle briefly passed to some guy called John de Mowbray, then to someone else, and eventually it was abandoned because of encroaching sand, ratherthan a magical tidal wave of the stuff. Boo.

But here is one retelling of the story we have chosen to represent this blob of south wales, except in our retelling, the plot about a great feast in the castle being disrupted by verry weird and groovy supernatural gatecrashers, who force everyone to flee the castle forever with a sandstorm on being turned away, becomes a tale about toxic masculinity versus peace-loving fun-makers. Mowbray and his army are pigs, obsessed with nothing but war and measuring their tiny manhoods, while the verries are just good-time faeries wanting to join in the fun. 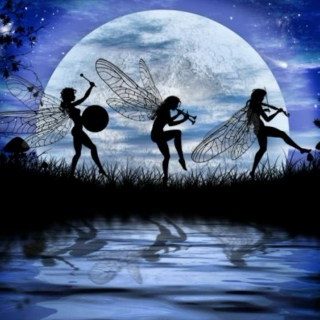 The fairies' complaint at being turned away has a wonderful wing of the infamous 1970 Isle of Wight Festival rant from Rikki Farr, sampled by Oasis on their track 'Being Naughty In The Bushes' (sic) – "WE PUT THIS FESTIVAL ON, YOU BASTARDS!!! WITH A LOT OF LOVE! WE WORKED FOR ONE YEAR FOR PIGS! AND YOU WANT TO BREAK OUR WALLS DOWN! AND YOU WANT TO DESTROY IT!! WELL YOU GO TO HELL!!!"

This sentiment is also just a tiny bit like lavishing years of hard work on a folklore collection and then not being sure whether it's going to be published with anything but the most basic text-only treatment, but we're going to keep you informed of the book's devlopment over the next few months, as it inches nearer to release. In the meantime... 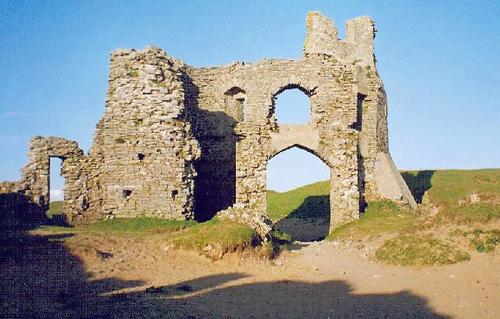 ... If you'd like to hear some of these stories, as retold for the 21st century, then do come to St James' Wine Vaults in Bath for 3pm on Saturday 11th August, as we're kicking off the Bath Folk Festival with a special hour-long show, where you will get to choose any story you want from the map! And we'll be doing it all over again at the Edinburgh Fringe on Thursday 23rd August at 1pm, Upstairs at the Waverley Bar! This will be the first ever Scottish Tales of Britain show, so please come along and support us if you're north of the border!

Welsh show details are to follow – we'll just have to be sure not to make it such a rollicking fun show that we end up dumped under tons of sand or gallons of water. You can never be too careful, having fun in Wales...