Brother Bernard, Sister Sal, Jem, Kate, Kwaku, John and everyone battling to launch the 21st century British story treasury thank you all from the bottoms of our hearts and the hearts of our bottoms! All 35 of you who have stepped up to pledge so far, that is. 5% in one week still only leaves us in the foothills of the mountain we have to climb, but though this campaign may still take several months, we haven't yet officially sent out press releases etc., so once national and international media cotton on to how ludicrous it is that there's no collection of Scottish, English & Welsh tales right now, we happy few will grow in number, and soon we will be sharing these stories all around the world!

It especially helps when well-loved public figures throw their hats in the ring, some big names have pledged their support in the coming weeks/months, and right now we here at Tales of Britain have come over all a pother – all thanks to the frankly mystically lovely Cerys Matthews MBE no less, who has joined our campaign to unite Welsh, Scottish and English stories in one 21st century volume! We'll save her blushes by not going on about how much her music has meant to us throughout our lives, but we can't deny, just with a Twitter RT, she's given us a spring in our step! Hopefully we can help spread the word further soon.

The Secret Life of Books 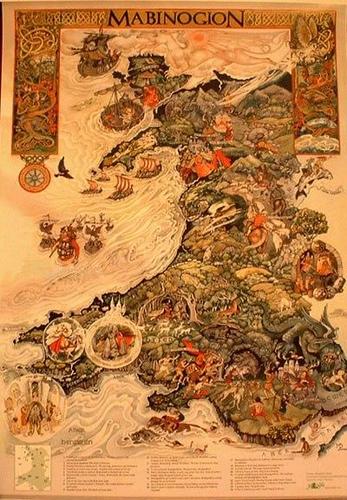 It seems odd that Cerys' thrilling documentary on the crucial Welsh folklore saga The Mabinogion, from the BBC's The Secret Life of Books, is only a couple of years old, as we feel it was such an inspiration for Tales of Britain – even though this collection has been growing for over 13 years! Cerys' excitement at standing in the very spot where legend says such-and-such a thing happened is precisely what Tales of Britain's road map of UK stories is all about – enjoy the story, then explore the real place!

We cannot try to do full justice to the absolutely exhausting scope of The Mabinogion, with 77 tales from every corner of the UK to cover, but we are including all the juiciest yarns we can. The legend of Bran the Blessed has been a favourite with Tales of Britain audiences for a long while now, with the added lunacy that comes from our Bran having more than a little of Brian Blessed in him. Bran even won a poll voting for which tale our followers most want to hear on our podcast when it launches. Bran's gigantic shenanigans form the basis of a great story, not least as it covers both Harlech castle and the Tower of London in one, but because The Mabinogion version is just one episode in a tangled web of connected legends – we hope our retelling will simply inspire folk to delve deeper into the real source material. 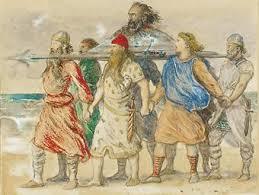 With only a few story slots left, the legend of Rhiannon is one we are preparing to tackle, but how to boil an entire semi-mythical biography down into an entertaining story with a beginning, a middle and an end? You just watch us – this is what we do.

And there will no doubt be exciting interpretations awaiting you this September if you join Cerys at the awesome Good Life Experience up in Flintshire, North Wales, where on-site bards will be relating ancient Cymraeg wisdom and tales too... This looks like an incredible trip to take, in fact we'd go so far as to put a K in magickal to describe it. Maybe next year Brother Bernard and Sister Sal can join you all there and share these stories anew...

Thank you again, Cerys! The Tales of Britain campaign marches on...!

Here's the pesky magic cauldron which cause so much trouble for Bran and the Welsh.