Happy Folklore Thursday, Tale-Lovers! Have you told anyone today that we'll soon be launching the first full British folklore collection in GENERATIONS? Blow some minds, spread the word!

Now, with today's Folklore Thursday theme being CLOTHES, we hope this doesn't count as facetiousness two weeks running, but the first of our 77 tales to leap to mind was one of our very favourite – LADY GODIVA. If ever there was a posho who had no need of fine gowns and accessories, it was surely this West Midlands naturist-cum-anarchist.

There aren't many British legends which still remain in the popular memory quite as well as this life-affirming little anecdote about saxon politics and mariage guidance issues. Lady Godiva was one of the original 'social justice warriors' – that may be why we adore her so much. 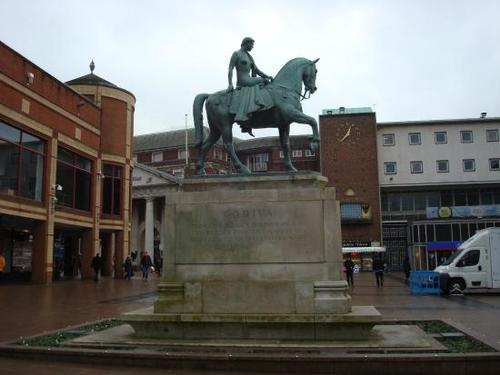 One quite smelly question we've been asked now and then is whether we have travelled to every single tale location in the book, from Shetland to Jersey and back, to which the answer is, of course, 'if only', with a hefty dollop of 'hopefully one day, when we find some gold'. But Coventry's streets are ones we have tramped in recent times. Living in Bath for over 14 years has probably spoiled us, but we can't pretend, in our original journey which took us way out from the far-flung industrial suburbs into the city centre, that the surroundings and architecture quite set our heart alight – thanks for that, Mr. Hitler. But as you reach the top of town, and see what remains of the ancient Coventry, you get some inkling of the Mercian settlement where Godiva rode, even though her Coventry predated even the Cathedral by many a century.

The city is rightly proud of their brave saxon Queen, and never could the story of her cheeky stand against exploitative patriarchal nobs resound as pleasingly as it does after so many years of Austerity. We're not here to debate the story's historicity, but the sheer Carry-On style Britishness of the tale, as the wife of the saxon noble Elfric forces him to retreat on his latest pitiless taxation plans with a canter in the nuddy, is one of the virtues which has kept it alive for longer than many saxon yarns – partly because there are sadly few signs of its humanitarian message becoming irrelevant. Although the later puritan additions, such as poor old Peeping Tom LOSING HIS EYES because he dared to squint out of the window as the Lady rode past in the pink (admittedly, he did need a lesson or two in consent), is the kind of sick moralising the legend can certainly do without. We'll have none of that in our collection! Nudity yes, puritan judgement, no. 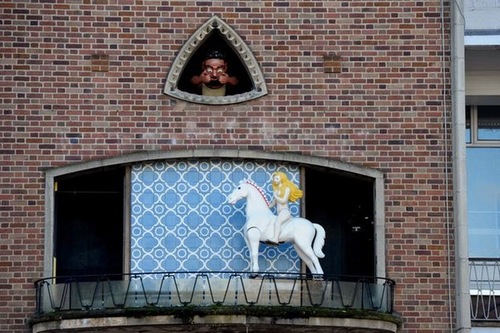 Especially when times are hard, the national tug of war between the haves and have-never-had-and-now-have-even-lesses can become a bit simplistic and binary, as if having plenty in the bank automatically makes you one of a cruel elite, but Godiva was one of the first rulers in the British narrative to show some acknowledgement of the suffering of those below her in the pecking order – and without all the kerfuffle of raging in storms and going mad that King Leir went through to learn the same lesson. Certainly, in 2018, Britain needs more Lady Godivas. In clothes though, obviously. It's chilly out. 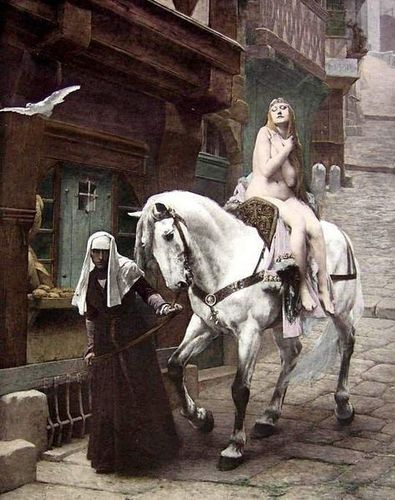 Tell someone about TALES OF BRITAIN today!