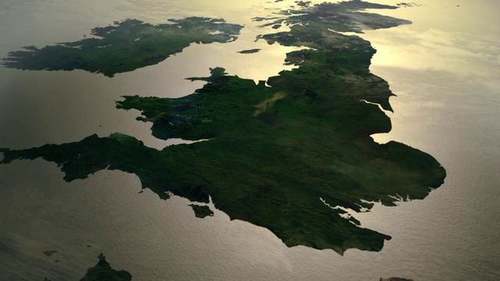 A very very happy 2018 to Britophile story lovers everywhere! But particularly to everyone out there who realises just how momentous it is that we're all working together this year to launch the first full treasury of British tales in at least 30 years! This is a literary revolution to unite the nation in a love for storytelling, and all of us involved should feel very proud. Right now the process of turning 130k words into a beautiful, fun book is underway, and hopefully pledgers will have their copies ready for the summer!

The very hardest part of the process, however, is going to be PUBLICITY – and we will need all the help we can get to create events all over the UK when the book is out, to talk about it on the radio and hopefully TV, on podcasts, websites and in newspapers and magazines. It's safest to assume NO publicity machine will exist to make this happen, we are on our own, so anyone out there with any leverage to get Tales of Britain talked about, please please get in touch and help us spread the word. This book is FUN above all, but it's so important in so many ways, helping to create an inclusive, united Britain in 2018's horrible political landscape. Hardly anyone realises just how UNIQUE this book is, it will be the one option for anyone seeking a UK story treasury for some time, but it's all for nothing unless word is spread far and wide. We'll be harping on about this a LOT as the release nears, so please, please help – we can't make this book a success without you.

Folklore Thursday's theme of 'Beginnings' is therefore nicely apposite, and we're shocked to note that we haven't yet blogged about the very first of our 77 tales – The very origin story of Britain itself, the arrival of the Trojan Prince Brutus, in Totnes! 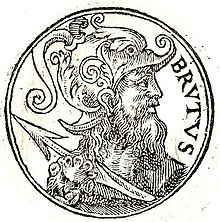 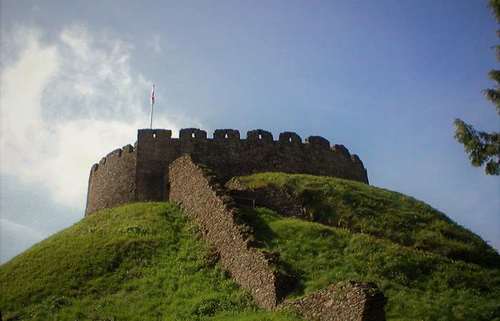 Well, 'origins' is a misleading term even for this impossibly ancient myth, as of course these descendants of Trojan War veterans did not set foot on an empty island, and the earliest mythological origin of Britain lies with the giant Albion and her sisters, and the huge 'native' giants who were born to them before this island was even... an island. But Brutus' mad yarn is a fitting opening to our 77 tales, with the London stone allegedly being a chunk of the temple of Diana stumbled upon by the Prince, and Devon's beautiful Totnes itself boasting the Brutus stone, where the great hero was said to have set the first human foot on British soil. Our retelling hopefully gives more prominence to Brutus' wife Ignoge, but otherwise, with Brutus' wiles and his gigantic best pal Corineus' might, it feels to us like a kind of Asterix story, with all the biffing and splatting that involves.

Brutus' legend could not provide a more perfect primer for one of the key themes of Tales of Britain – the way in which immigrants have shaped this country from Day One, and that every last one of us is either an immigrant, or descended from one. Corineus' wrestling with giants like Gogmagog (or Gog AND Magog if you prefer) doesn't exactly suggest racial harmony has long been part of the British way of life, but the narrative does ask the question – if you consider yourself British, when did your DNA first come to these shores? Are you claiming to be descended from Brutus, or one of his gang? If not, you cannot claim to be a 'native' Briton – and if so... you're A) mad, and B) still descended from immigrants. In fact, nobody should be allowed to use the phrase 'native' with reference to British identity – let alone 'English' – unless they are at least nine feet tall and live in a castle on a cloud.

Brutus' bag of nonsense provides the perfect beginning to our book, and hopefully also a good beginning to this whole year, the most important year in British folklore in DECADES. Get excited, we're revolutionising the British story treasury, and none of it would be happening without you. Here's to great beginnings, and no endings... 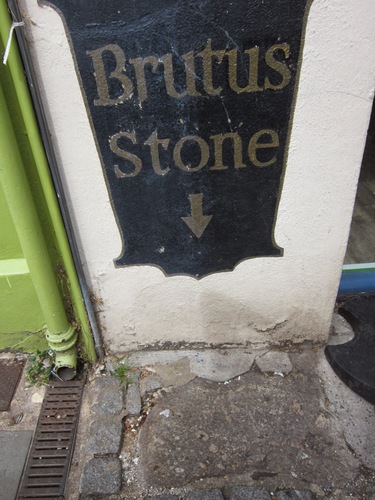