A brief foray away from our 2020 hibernation to join in this week's fascinating theme of IMMORALITY, spun off from the recent reports of plagiarism shown by 'a UK folklore podcast', as outlined here by our friend Dee Dee: 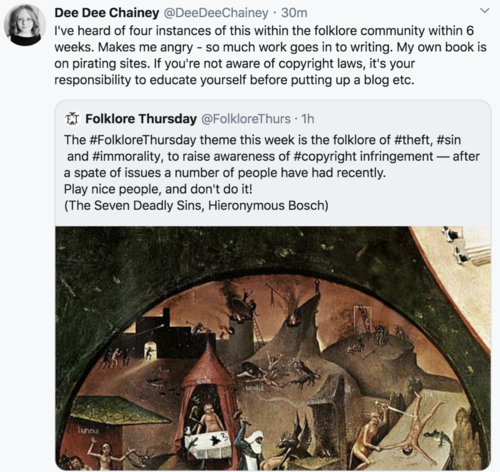 Maybe it's not too surprising that the folklore world can attract some proper fruitcakes and offspring of female hounds – perhaps a majority of folk fascinated in the esoteric worlds of lore could easily be categorised as 'a bit screwy', but overwhelmingly, this is only in a wholly harmless sense. But there are some operators out there who seem to feel empowered to muscle their way over and through others in the folklore community, as if they had personally invented the whole concept of celebrating legend and folk nonsense. This is of course ridiculous, and although it is not hugely easy to identify plagiarism when we're generally dealing with plots and characters first woven into story centuries or millennia ago – there do be thieves about.

All this unpleasantness has brought back to us the worst interaction we've had since embarking on this journey – the genuinely chilling experience of our own personal death threat, which we received just around the time of TALES OF BRITAIN's initial release last spring. Perhaps triggered by Brother Bernard's guest spot on Cerys Matthews' show, a clearly rashly set-up social media profile on Twitter and Instagram, saw fit to post this on a personal photo: 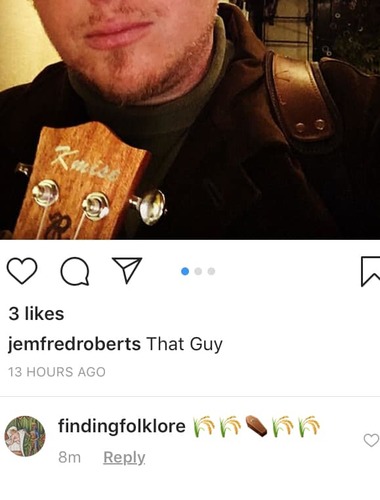 The behaviour was so disturbing – whoever was behind the profile did not follow or otherwise in any way engage with us – of course one tries to look for less creepy explanations, could wheat be intended to mean, erm, rebirth, or is it just some kind of attempt at oddness by a profile run by somebody with their own place on a particular spectrum...? But frankly there's no innocent explanation for posting a coffin on a stranger's photo: this was surely somebody who felt their 'folk patch' was somehow being invaded by us – a campaign which had first been shared online back in the mid-2010s – and wanted to put the frighteners on us, as if we'd then cancel the book's publication and close down all our accounts after 15 years or so of campaigning.

The profile in question seemed to have nothing to offer and proved to be a flash in the pan, abandoned ever since as far as we can see, but it's good to see the Folklore Thursday community banding together against such dodgy characters, because no matter what skulduggery may go on, TALES OF BRITAIN is certainly here to stay. 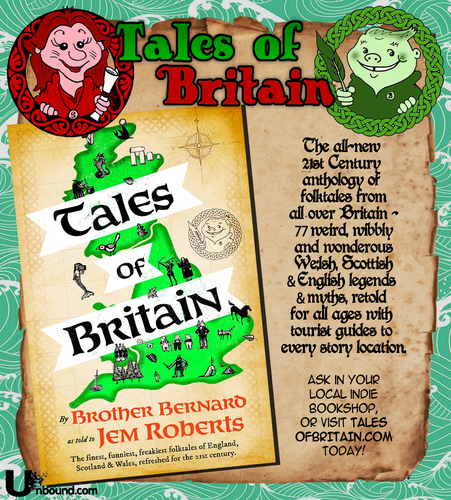 But please let's take a look at the opposite side of the equation, and the joy that can arise from sharing folklore. This week we received our first ever acknowledgement (besides attending World Book Day in schools) that our collection of 77 stories is being used in classrooms, to make our mythology fun for kids and students the country over! Perhaps, in time, the world over! Our stories have been uniquely retold for 21st century audiences of all ages, and so the idea that the pupils in a primary school in Liverpool were creating posters for King Leir based on our version has absolutely made our month. 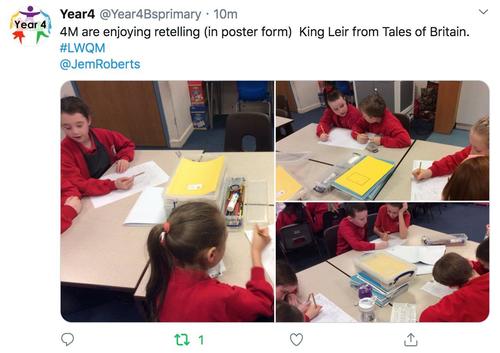 King Leir is a particularly good tale to bring up this week, because although Shakespeare's version may represent a world where there really is no justice at all...

See how yon justice rails upon yon simple thief. Hark in thine ear:
Change places and, handy-dandy, which is the justice, which is the thief?
Thou hast seen a farmer’s dog bark at a beggar… and the creature run from the cur?
There thou mightst behold the great image of authority: a dog’s obeyed in office.…
Through tattered clothes great vices do appear; robes and furred gowns hide all.
Plate sin with gold, and the strong lance of justice hurtless breaks.
Arm it in rags, a pigmy’s straw does pierce it. 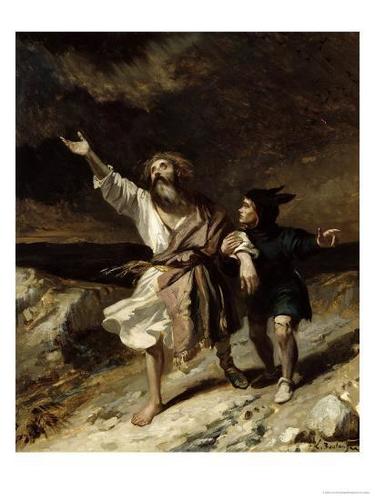 … In its essential form, and as we have retold it, the King Leir legend is a narrative all about understanding our place in the community, from the supposed top to the supposed bottom, and recognising that we all need to work together for survival and prosperity, and life is not every person for themselves. So, theft is just one of many unacceptable crimes against our fellow humans – even if it is up to us to prevent or punish the crime.

Anyway, returning to jollier matters, we can't wait to see what the class has come up with, and really hope this is just the first of many such school projects we can hear about, or indeed take part in! Give us a shout any time, to see if Brother Bernard can help with your lesson, event or community!

And keep your nose clean! 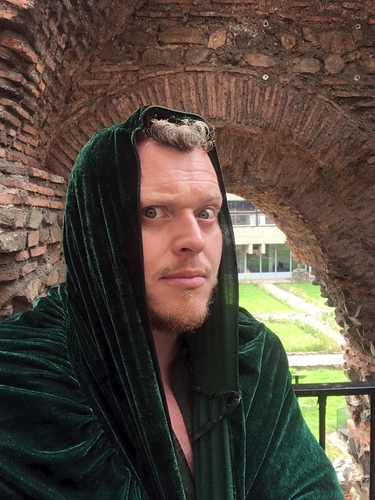