Molly Whuppie: From Islay to America? 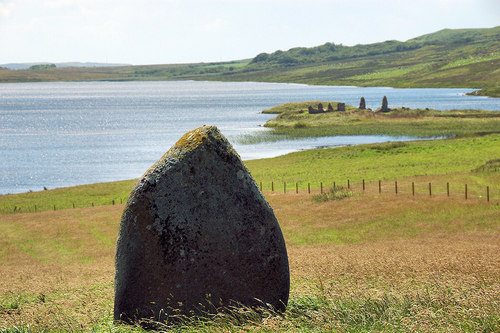 A whoopy Folklore Thursday to all folktale-lovers! TALES OF BRITAIN, quite obviously, is a unique collection of tales all from one island, so today's ISLAND LORE theme sort of allows us to pick any of our 77 published stories! But a few do take place on the isles which spatter around the island of Great Britain – The Gift Horse and The Fairy Invasion on Jersey and Guernsey, The Silkie on Unst, The Buggane of St Trinian's on the Isle of Man, and so on.

There's also LUKKI MINNIE on Shetland, a horrifying tale of a vicious trow and one of the last stories we retold for the book – making sure, as we did so, to make our hero a big fan of MOLLY WHUPPIE, who we think of as the greatest hero in Scottish folklore. We placed her story on the Isle of Islay, and the forests of Gearach, but of course although the home of the original 'Maol a Chliobain' is documented as the 'Western Highlands', no one place claims Molly as their own. 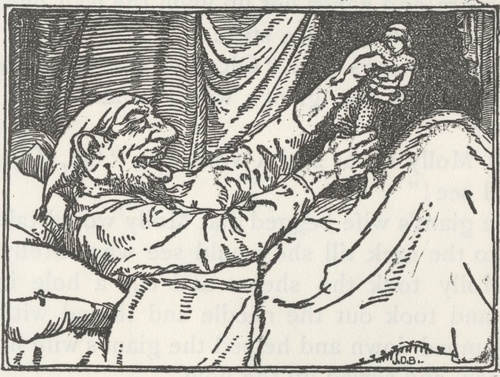 As we've mentioned before, the discovery of Molly Whuppie's tales, very early on in our campaign, was a revelation to us – and the fact that we grew up without knowing them is a disgrace, and one of our spurs as our campaign continues. She should be every bit as famous as Arthur, Merlin, Robin Hood, Jack and co, and not just an obscure figure known to folklore buffs. She deserves to be a Disney Princess every bit as much as Snow White and Cinderella – let alone Merula, the entirely Hollywood creation who passes as their 'Celtic' character.

Not that Molly would particularly want to put on a pretty dress and hang out with that lot, obviously, but the principle remains. Anything we can do to introduce folk of all ages to Molly's adventures, we consider it a proud duty, just as Wullie in the Lukki Minnie tale loves her stories and aims to be worthy of her. In truth – if such a thing as 'truth' has any place amongst folktales – the original Molly legend is a hotchpotch of familiar story tropes, and so using some of them to flesh out the narrative-hungry legend of Lukki Minnie seems fair enough to us.

These stories of course belong to everyone and admittedly, one early capture of Molly in print was in Joseph Jacob's 'English Folktales', but even then the Scottish setting is undeniable, and so the sharp intake of breath can be taken for read when you see something like this: 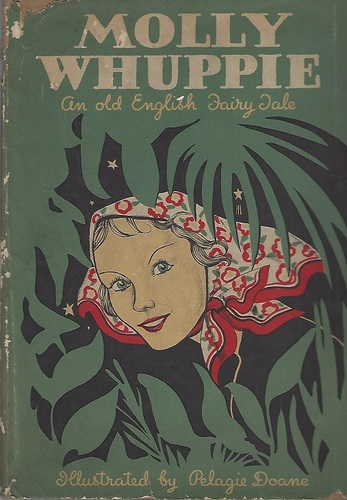 This is the cover of an American edition, so you can see how the confusion may have arisen, when 'England' is so often taken as synonymous with 'Britain' in other countries – Guy Ritchie's recent abomination of a King Arthur film had the heroes banging on about 'England' even though the very existence of the 'King Arthur' figure is solely based on the British resistance to the Saxon/English invaders. So it's clear, a little joyful, subtle education is needed worldwide when it comes to British folktales.

And that's always been a central part of our campaign – to appeal to the USA and Australia, partly for those who claim descent from Scotland, Wales and England, but above all, for story lovers of all nationalities and backgrounds the planet over. Irish (or that Victorian canard, 'Celtic') stories have their fans the world over, as do many other specific world cultures. But 'British' – the stories of this island in North-West Europe? There simply hasn't been a single collection to give our combined culture any traction in other corners of the globe. Until now.

Maybe that's why books like the Amercian one below exist. Of course, there's always something pleasing in the idea that Molly's tales travel and find homes elsewhere, reminiscent of the deities in Neil Gaiman's 'American Gods', but the fact remains – Molly Whuppie is by no means an 'Appalachian tale', and it's time for our hero to reclaim her rightful island home! 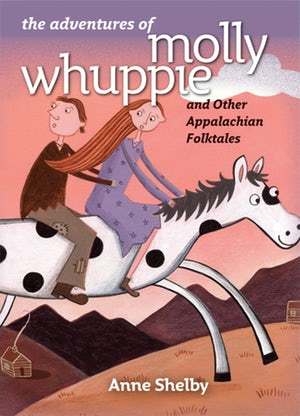 And so – BIG NEWS! – we are currently in talks with an American publisher with a view to creating a US edition of TALES OF BRITAIN. There is a slight worry that our British humour may seem to be a heady flavour abroad, but of course the great Terry Jones is our dedicatee, and if Monty Python & The Holy Grail was a US hit, why shouldn't these stories be too? And every step will be taken to find the right tone for the US audience, without losing the essentially celebratory, humorous spirit of our book. And of course, encourage more folk the world over to come to Britian and visit the real places where these stories took place, from Islay to Shetland and back.

Wish us luck! And if we're unlucky, maybe suggest an alternative publisher – and in Australia, or any other country? Get in touch, we want these stories to travel the whole world!

By the by, are you coming to see us in Edinburgh on 25th August? Or Cardiff on the 10th? We can't wait to tell you some stories! https://www.talesofbritain.com/tales-of-britain-live 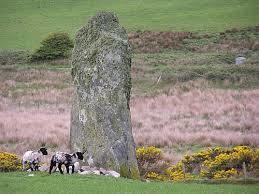